Due to rainy conditions, Game 3 of the World Series between the Phillies and Astros has been postponed to Tuesday night.

Game 3 of the 2022 World Series has been postponed and rescheduled after rain caused problems for field crews during Monday night’s game.

The MLB announced that the inclement weather forced the game to be rescheduled for Tuesday at 8:03 p.m. ET.

The World Series shifted to Philadelphia this week as the Houston Astros travel to Citizens Bank Park to take on the Philadelphia Phillies for Games 3, 4 and 5, but the FOX Forecast Center warned that rain could cause problems for Monday night’s game.

The first two games of the Fall Classic were played under a closed roof at Minute Maid Park in Houston, so the weather was not a factor there, but Citizens Bank Park in South Philadelphia is an open-air stadium, which means the players will have to deal with anything Mother Nature throws at them.

According to the FOX Forecast Center, scattered light rain showers were expected at the start of the game. Steadier, more widespread rain was likely later in the game, which increased chances for a delay or postponement.

HOW TO WATCH FOX WEATHER 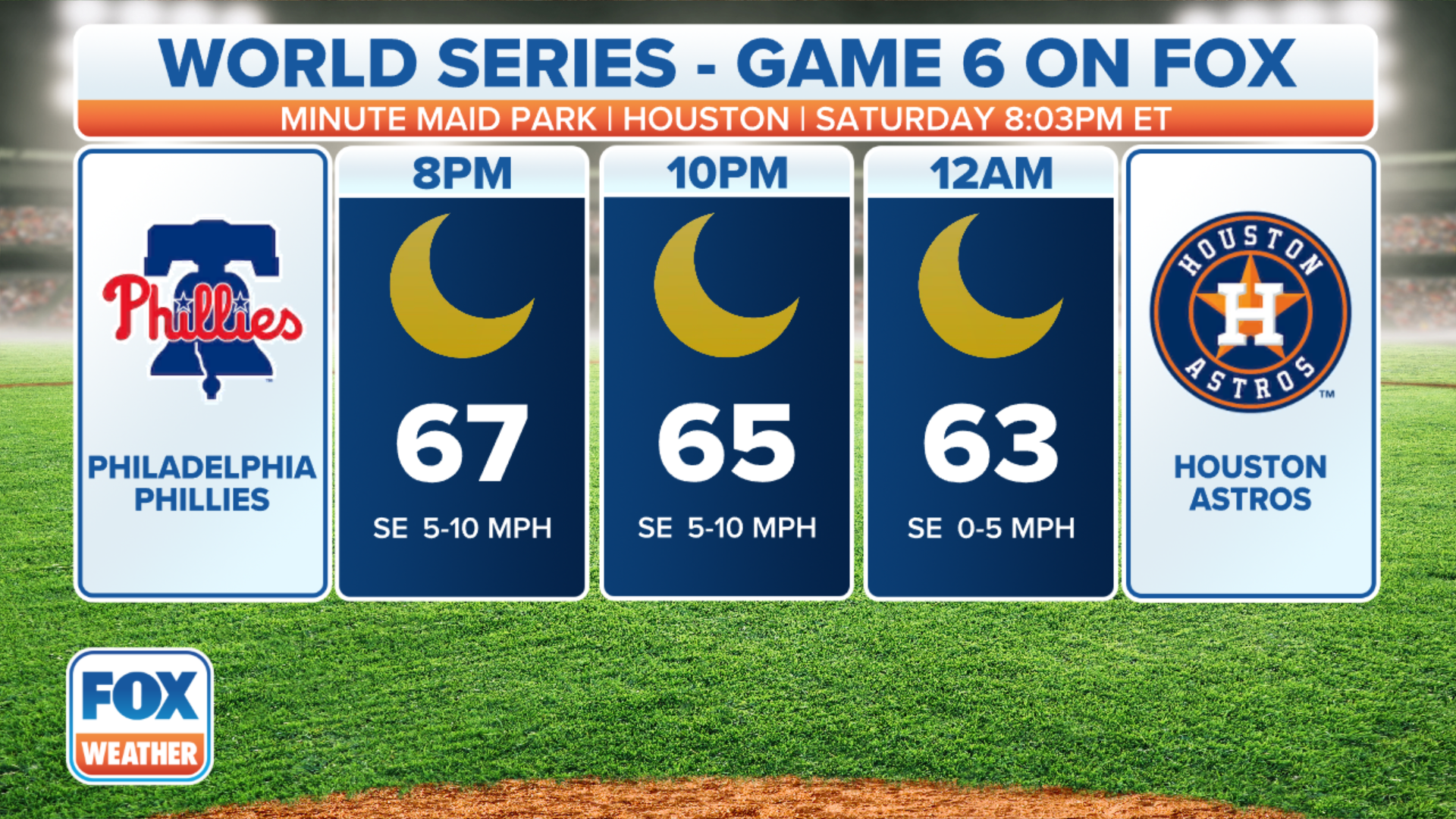 Forecast for Game 3 of the World Series in Philadelphia Monday night.
(FOX Weather)

Before the game, former Phillies manager Charlie Manuel remained optimistic because he says that Citizens Bank Park is able to deal with the rain fairly well.

“We’ve got a very good drain system, totally up to date, and if the rain definitely stops, we will play the game,” Manuel told FOX 29 in Philadelphia.

Major League Baseball Commissioner Rob Manfred is in charge of making the official call for any rain delays during the postseason. During Game 5 of the National League Championship Series between the Phillies and the San Diego Padres, heavy rain fell over Citizens Bank Park for a few innings, but Manfred never delayed the game.

WHEN WEATHER WAS A GAME-CHANGER AT THE WORLD SERIES

Members of the grounds crew work on the field during the 7th inning in Game 5 of the National League Championship Series between the Philadelphia Phillies and the San Diego Padres at Citizens Bank Park on Oct. 23, 2022, in Philadelphia.

The World Series is tied 1-1 after the Phillies rallied back from a 5-0 deficit to take Game 1 in extra innings, but the Astros then controlled Game 2 to tie up the series.

The weather forecast for Tuesday’s rescheduled game should feature dry and mild weather in Philadelphia. 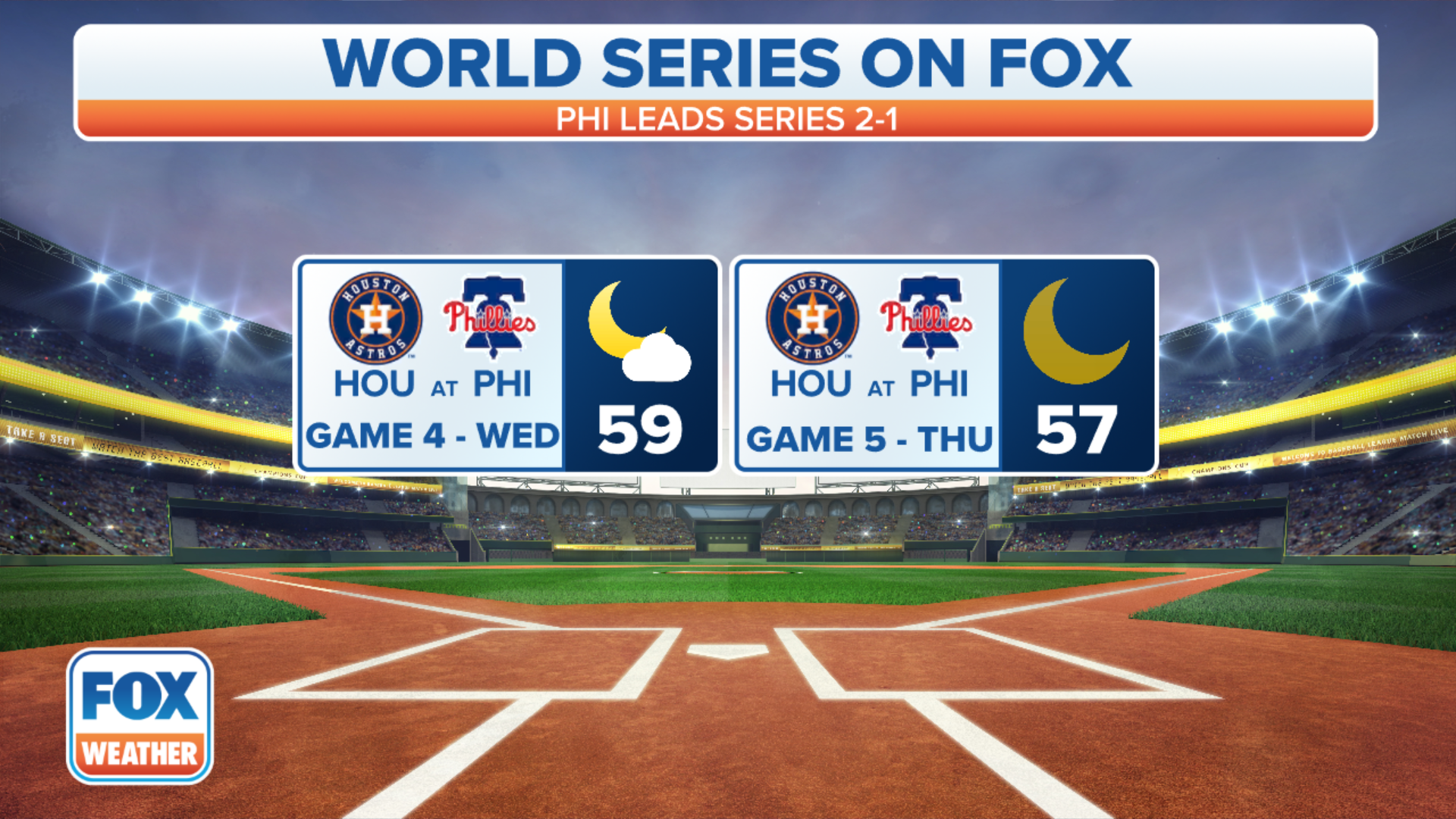 Forecast for Games 3, 4 and 5 of the World Series in Philadelphia this week.
(FOX Weather)