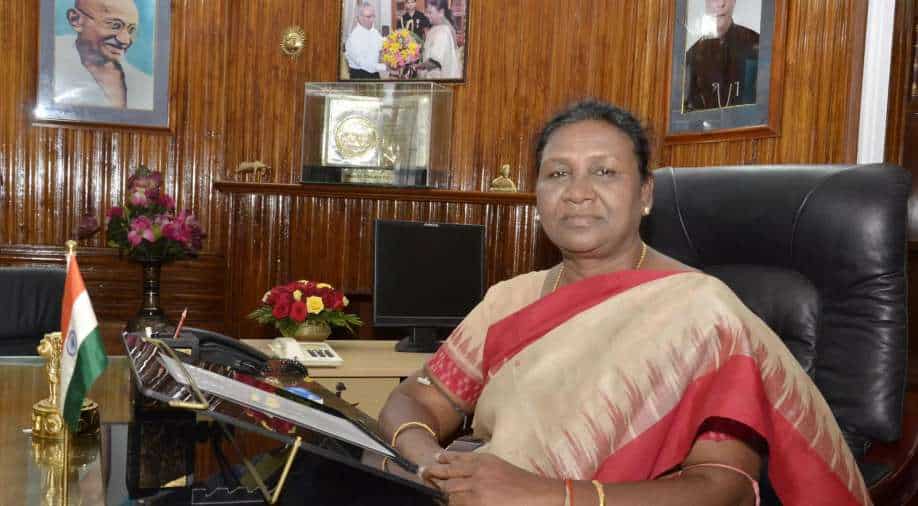 Congratulations and wishes have been pouring in from across the world to the new Indian President Droupadi Murmu on taking charges. Murmu, former governor of Jharkhand and the second woman to become Indian president took the oath of office on Monday in the Indian Parliament. The ceremony was attended by Delhi’s diplomatic community who were present in full force and later tweeted wishes.

In the neighbourhood, almost all countries were quick to extend their wishes. Bangladesh President Md. Abdul Hamid in his letter to the new Indian President said, “As the President of Bangladesh – one of the best-performing countries in women’s empowerment in the region, it is heartening to see you taking up the responsibilities of this high office”.

Recalling the “invaluable support by the Government and the people of India during our Liberation War in 1971” which he described as a “watershed moment in our relations”, he pointed out that cooperation spans a range of areas, including trade, connectivity, water resources management, energy etc. He highlighted that “Bangladesh-India ties are anchored in shared history and culture, mutual trust and respect” and that he is “confident that the friendly bond and good cooperation”.

President Hamid also wrote a letter to ex-Indian President Ram Nath Kovind saying that “your wisdom and able leadership not only benefitted India but the entire South Asian region as well”. Ram Nath Kovind had visited Bangladesh last year and was the chief guest during the Golden Jubilee Independence celebration of the country in Dhaka.

Sri Lankan President Ranil Wickremesinghe in his letter to President Murmu said her appointment is a “testimony to the trust and confidence the govt and people have placed in your caliber and political acumen”. In the letter he talked about the “warm and long-standing relations” both India and Sri Lanka have enjoyed and how her “leadership offers fresh impetus to our joint endeavors to nurture and strengthen the cordial ties we enjoy”.

So far, it’s not known yet if Pakistan’s Arif Alvi has sent a letter to the new Indian President but as part of the protocol, it can be expected. Remember earlier this year, when Pakistan saw a change in leadership after Imran Khan lost vote of confidence and Shahbaz Sharif took charge, Indian PM Narendra Modi sent a congratulation letter to him. In a letter congratulating Pakistan’s New Prime Minister Shehbaz Sharif, Indian PM Narendra Modi has asked him to build “normal neighbourly relations” between the two countries which will be for “the benefit of the region”.

ALSO READ | My election proves that in India, the poor can dream and achieve too: President Droupadi Murmu

Beyond the region, Denmark PM Mette Frederiksen in her letter to the new Indian President pointed to the green strategic partnership between the two countries which she said: “is testament to this close relationship. It is a sign of common ambitions and a unique model towards a more sustainable future for India, Denmark and the rest of the world”. Recalling her visit to India last year and PM Modi’s visit to Denmark earlier this year she said that she “look forward to continuing the valuable and close cooperation between India and Denmark with you , building on our strong bond of friendship. An informal Hindi translation was also attached to the letter. She also wrote a letter to ex-Indian President Kovind mentioning her visit on 9th October 2021, saying, “allow me to thank you as well for the beautiful ceremony…you were a very welcoming host, for that I am truly grateful”.

China’s Xi Jinping and Russian President Putin also wrote letters to the new Indian President. The Chinese President’s letter called for enhancing “political mutual trust, deepen practical cooperation, properly handle differences and push forward the development of China-India relations along the right track.” The ties between the two Asian neighbours have gone into negative terrain after Chinese aggressive action in Galwan, Eastern Ladakh in 2020 that led to the death of 20 Indian soldiers. China also lost 4 of its soldiers, something it accepted after months of much scrutiny. Since then, friction points at the line of actual control in Ladakh remain even as China continues to violate 1990s pacts, a key element of which was not to amass troops at the border.

In the letter, Jinping emphasised on “healthy & stable China-India relationship” which is in “fundamental interests of the two countries and peoples, and conducive to peace, stability and development in the region”. The contents of the letter were tweeted by Chinese envoy Sun Weidong in Delhi is the first such public acknowledgement of the letter being written by the Chinese President to India side in years. On national days, letters have been exchanged as part of the protocol but never public acknowledgement has been made by either side.

Russian President in his letter talked about the “special privileged strategic partnership” both countries have and hoped as “head of state will promote the further development of the Russian-Indian political dialogue and productive cooperation in different areas for the benefit of our friendly nations”. More letters are expected from the world leaders. As part of the protocol, each letter gets a reply from the President’s office, thanking the world leaders and talking about the ties and state of the relationship.