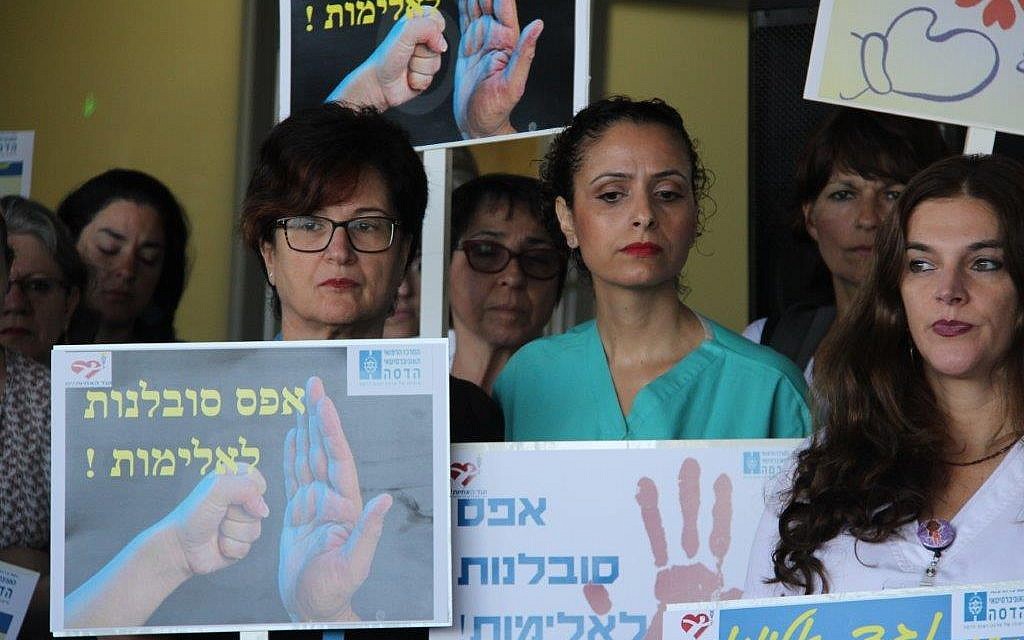 The Finance Ministry approved on Friday a budget for hiring police officers to be stationed at 28 hospitals across the country, following mounting violence on medical staff in recent weeks.

The budget measure, expected to be approved by the government on Sunday at its weekly cabinet meeting, will dedicate a NIS 20 million ($6 million) annual operating budget for security at hospitals, with a plan for 50 officers to be funded via the project.

The budget was formed through an agreement between the Finance, Health and Public Security ministries, along with the hospitals.

Medical staff at hospital and community clinics across Israel went on strike earlier this month in response to recent violence against medical staff at a number of hospitals.

The Israel Medical Association, announcing the May 19 strike, had called for a police presence in every emergency room, and said hospitals and community clinics needed improved security systems.

The association also urged a change in legislation so that an attack on medical staff would be viewed with the same severity as an attack on a uniformed police officer.

The strike was called after family members of a patient who died at the Hadassah Medical Center in Jerusalem attacked medical staff and caused significant damage to the intensive care unit after they were informed of his death after taking an overdose.

After they were given the news, a number of the patient’s relatives broke doors and windows in the unit, damaged the nurse’s station, computers and equipment, and attacked staff. Two members of staff were lightly injured, requiring medical treatment. A number of people have been arrested in connection with the attack.

The past year has seen an increased wave of attacks against medical teams and facilities across the country.

Last week, a patient pepper-sprayed a doctor at a psychiatric hospital in Beersheba.

In another instance of violence, dozens of people tried to force their way into the trauma room of the Galilee Medical Center in Naharia on May 18 after they were informed of the death of a 28-year-old man, a resident of Abu Snan, who had been in a motorcycle accident.

Video from the scene showed the crowd, mostly family members, scuffling with hospital guards, who were forced to use pepper spray to disperse them.

In November, nurses at Haifa’s Rambam Medical Center held a strike for several hours in protest of a violent incident in which staff members were beaten and threatened by the family of a dying cancer patient.

Earlier the same month, Rambam said it had to forcibly remove dozens of people who gathered outside the facility after a victim of violence was brought there for treatment. According to hospital officials, riot police were called to the scene to prevent the crowd from entering the hospital.

And in Beersheba, four people were hurt and 19 were arrested in a massive brawl outside Soroka Medical Center that included gunfire.