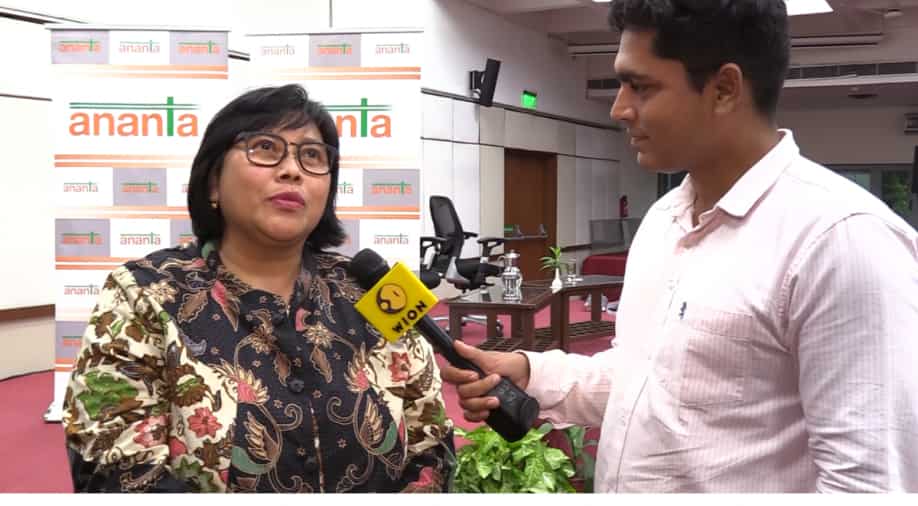 Indonesia’s Ambassador Ina Krisnamurthi to India has said that the G20 grouping should remain relevant, key comments even as the country is set to host the summit in November of this year. The grouping of the 20 most powerful economies has seen a divide with western members on one side, and Russia on the other side in the backdrop of the Ukraine conflict.

Speaking to WION’s diplomatic correspondent Sidhant Sibal, ambassador Krisnamurthi said, “The most important thing is that we have to make sure that G20 is relevant, the challenges that happen globally and it delivers.”

Concerns remain even for a basic family photo of G20 member countries due to the West and Russia divide. India will be the next chair of the grouping and will host the summit in September of next year.

WION: What will be the focus of Indonesia under its presidency of the G20 grouping?

Ina Krishnamurthi: We maintain our 3 priorities, which are strengthening global health, digital economy enhancement and energy security. We will maintain the priorities until we pass the baton to India in November.

WION: Bali has been chosen for the summit, why Bali?

Ina Krishnamurthi: Bali is famous for its peace and tranquility and people coming to the place are happy and feel safe at home. In the past, we had many engagements at the level of leaders with very positive contributory outcomes. It is our hope that the next G20 summit also will produce very concrete deliverables as well as will not be a place where people get angry very quickly.

WION: Bali means peace but the summit happening in the backdrop of Russia Ukraine conflict, the Taiwan strait crisis. Do you think this year’s summit will see the family photo because we have seen occasions when all sides have issues?

Ina Krishnamurthi: Well, happen or not, the most important thing is that we have to make sure that G20 is relevant, the challenges that happen globally and it delivers. So that people will not ask what the G20 is doing as prime economic engagement. So I think a photo opportunity is the best way to give a message for, maybe, nice things, and more importantly, to have a G20 that is relevant nowadays.

WION: All leaders confirmed the presence?

Ina Krishnamurthi: I haven’t heard anything else.

WION: How do you see the bilateral relations between India and Indonesia? The foreign ministers of the two countries met on the sidelines of the UNGA in New York.

Ina Krishnamurthi: I think, the engagement between minister Retno Marsudi and minister Jaishankar is very close, especially this year because of the global dynamics and because we are back-to-back presidency of the G20, bilateral relationship between the two countries needs more strengthening in other areas. We need to also focus on people-to-people contact because I think the connection between our foundation of history is not enough as a way to move forward in future. We need more trade, investment, defence cooperation or other cooperation, we need more engagement with India.

WION: Will Indonesia be keen to be part of the BRICS? Another I in the BRICS.

Ina Krishnamurthi: Well, I think Indonesia is always keen on engaging with countries, friendly countries in whatever format. We are not closing the doors on any kind of framework of engagement including BRICS, we are not also closing any possibility of engaging with other frameworks. So, I think this is not about a yes or no answer, it’s about what we can benefit from the framework of engagement.