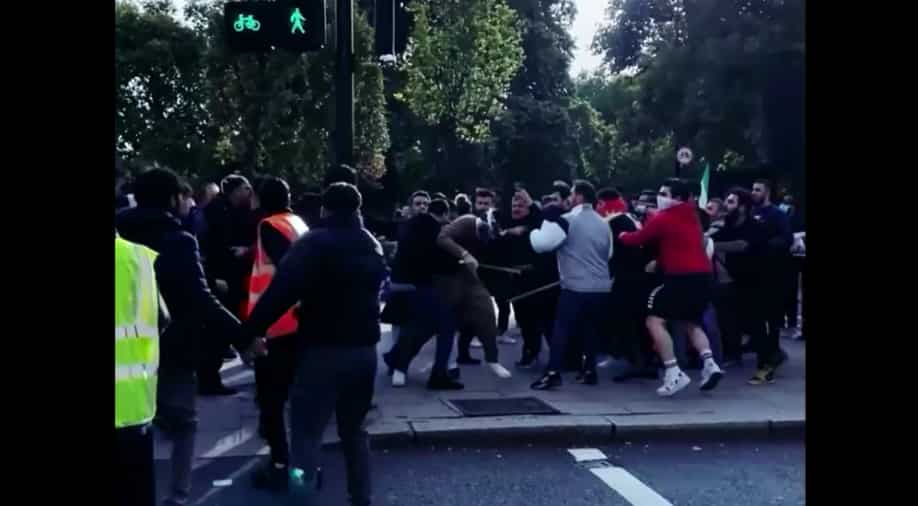 Protesters clashed with police in London and Paris when they attempted to enter Iran’s embassies on Sunday, in the wake of anti-hijab protests in the Islamic republic.

As per AFP witnesses, French police deployed tear gas and anti-riot techniques to stop hundreds of protesters from moving toward Tehran’s diplomatic mission while protesting in the capital.

In London, police reported that till now 12 arrests have been made. Five police officers were “severely injured” as protesters attempted to storm through barricades surrounding the embassy. Several were injured as masonry, bottles, and other objects were thrown. At least five people were severely hurt.

For the second consecutive day in Paris, hundreds gathered to voice their outrage over the death of Mahsa Amini in Iran and to show their support for the unrest that began in the country. As per Iran’s official toll, 41 lives have been claimed within 10 days of the protest.

The protest at Trocadero Square started calmly. The protesters tried to approach the nearby Iranian embassy but were blocked by the police using tear gas. The French police, in a statement, said, “on several occasions groups tried to break through the roadblock set up near the Iranian embassy. The police used… tear gas to repel them,” AFP reported.

“Death to the Islamic Republic” and other slogans against supreme leader Ayatollah Ali Khamenei were screamed by the protesters. Almost 4,000 people showed up for the protests.

Similar protests have been taking place in several parts of the world, showing their support for Iranian women.