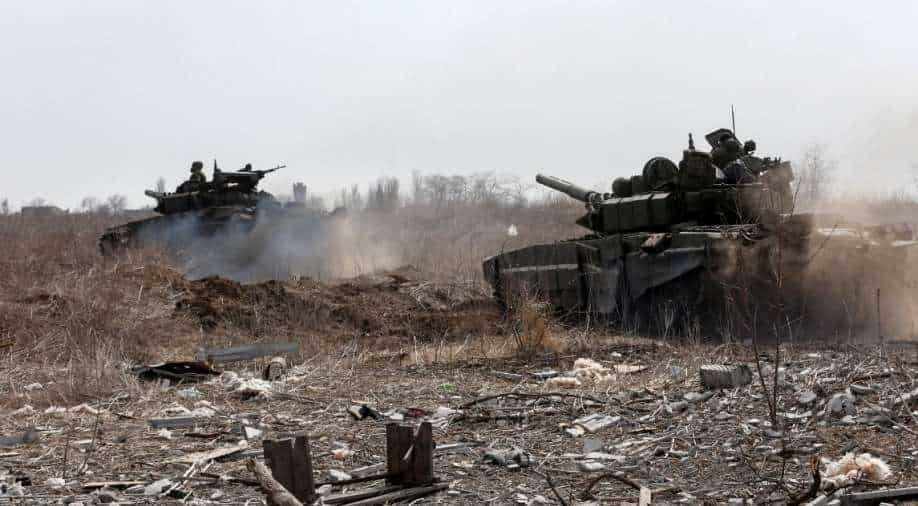 Ukraine is using facial recognition software to identify the bodies of Russian soldiers killed in combat and to trace their families to inform them of their deaths, Ukraine`s vice prime minister told Reuters.

Reuters exclusively reported that Ukraine`s Ministry of Defense this month began using technology from Clearview AI, a New York-based facial recognition provider that finds images on the web that match faces from uploaded photos. It was not clear at that time how the technology would be used.

From there, authorities are messaging relatives to make arrangements to collect the body, he said.

“As a courtesy to the mothers of those soldiers, we are disseminating this information over social media to at least let families know that they they`ve lost their sons and to then enable them to come to collect their bodies,” Fedorov said, speaking via a translator.

Fedorov declined to specify the number of bodies identified through facial recognition but he said the percentage of recognized individuals claimed by families has been “high.” Reuters was unable to independently confirm this.

Opponents of facial recognition, including civil rights groups, have decried Ukraine`s adoption of Clearview, citing the possibility of misidentification.

Clearview is battling a lawsuit in U.S. federal court in Chicago filed by consumers under the Illinois Biometric Information Privacy Act. The ongoing case concerns whether the company`s gathering of images from the internet violated privacy law.

Clearview says its actions have been legal. It says its face matches should only be a starting point in investigations.

Fedorov said that Ukraine was not using the technology to identify its own troops killed in battle. He did not specify why.

Ukraine`s Ministry of Internal Affairs did not respond to requests for comment. It has been overseeing the country`s Look For Your Own project, a Telegram channel where it posts images of unidentified captured or killed Russian soldiers and invites claims from relatives.

The Ukrainian government has an online form where Russian relatives can submit a claim to collect a body. Fedorov did not provide details of how the bodies are being returned to families and Reuters could not independently determine that.

Ukraine`s military has said some 15,000 Russian soldiers have been killed since Russia invaded on Feb 24. Russia has said its casualties are much lower during what it describes as a “special military operation” to demilitarize Ukraine.

The Kremlin did not immediately respond to an emailed request for comment on Ukraine`s use of Clearview.

Clearview, which offered its service free of charge to Ukraine after the Russian invasion, has said its search engine includes over 2 billion images from VKontakte, a popular Russian social media service.

VKontakte did not respond to a request for comment.

Facial recognition is just one of many tools, including cloud services from Amazon.com Inc, that Ukraine has been able to adopt for free as Western businesses come to its aid, Fedorov said.

Obtaining pre-death samples of such data from enemy fighters is challenging, though, opening the door to innovative techniques such as facial recognition.

But clouded eyes and injured and expressionless faces potentially make facial recognition unreliable on the dead, said Bassed, who has been researching the technology.

In the United States, the Armed Forces Medical Examiner System said it has not adopted automated facial recognition because the technology is not currently generally accepted in the forensic community.