Skip to content
HomeWorldTonga underwater volcano impact can affect ozone layer: Here’s what you should know 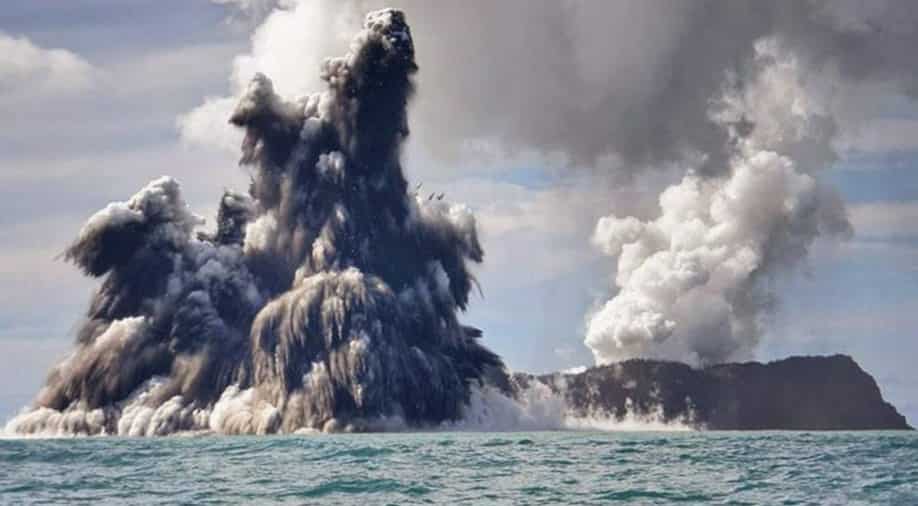 The intense Hunga Tonga-Hunga Ha’apai eruption on January 15, 2022, broke all records for direct injection of water vapour by a volcano or otherwise in the “satellite era”. It also sent enormous volumes of ash into the stratosphere. According to a study that was published in Geophysical Letters, the powerful explosion sprayed water vapour up to heights of 53 km. “Tonga eruption may be the first volcanic eruption observed to impact climate not through surface cooling caused by volcanic sulfate aerosols, but rather through surface warming caused by excess water vapour,” the study noted.

How big was the explosion?

As per Live Science, the Hunga Tonga-Hunga Ha’apai volcano erupted with the equivalent force of 100 Hiroshima bombs, making it the most powerful explosion to have occurred on Earth in more than 30 years.

The explosion shook the entire world, making the atmosphere “ring like a bell” and causing tsunamis to pound adjacent coastlines. More than 590,000 lightning strikes occurred over the course of three days due to the eruption. Its ash and dust cloud went higher into the atmosphere than any previous eruption in history.

The enormous explosion released several poisonous gases and a great deal of water into the atmosphere, both of which are now damaging the stratosphere of our planet.

How much water was spewed by the volcano?

According to specialists from, the National Aeronautics and Space Administration (NASA), the University of Edinburgh, and NorthWest Research Associates, the eruption injected an unparalleled amount of water—enough to fill 58,000 Olympic-size swimming pools.

What harm can come from water in the atmosphere?

Large volumes of SO2 are typically released into the atmosphere during volcanic eruptions, which cools the globe. Surprisingly, Tonga did not emit a lot of HCl or SO2.

This means that The researchers cautioned that this extra water might radiate heat, warming the atmosphere similarly to how greenhouse gases do. The warming effect of the water will likely outlast any cooling effects the gases produce since it is anticipated to persist longer than other volcanic gases like sulphur dioxide, which typically fall out of the atmosphere within two to three years.

According to geologists, this indicates that the Tonga explosion will probably be the first known eruption to have a warming influence on the world rather than a cooling effect.