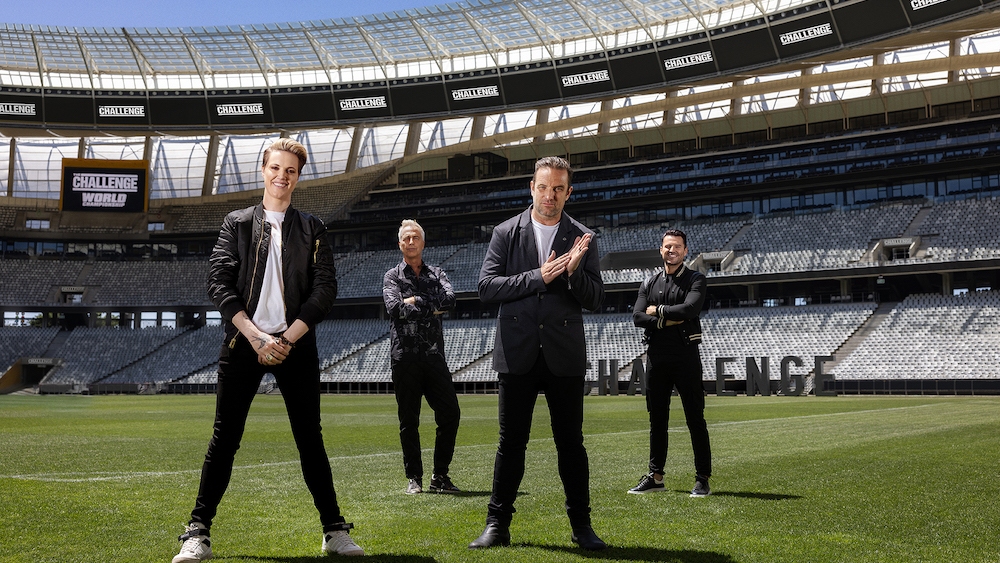 Shortly after Season 38 of “The Challenge” wraps on MTV, “The Challenge: World Championship” will debut over on Paramount+. The competition series is set to premiere on Wednesday, March 8, with back-to-back episodes available in the U.S. and Canada. The following day, it will drop in the U.K., Latin America and Australia. It will be available in Germany, Switzerland, Austria, Italy and France on Wednesday, March 15.

Per the press release, “They will help them win power, politic and avoid elimination in order to make it to the most difficult challenge of them all, the brutal ﬁnale worth $500,000. In the end, only the most dominant will conquer the game and prove they are not just the best in their home country, but the best in the world.”

The full cast will be announced within the upcoming weeks. Danny McCray and Sarah Lacina won “USA” while Kiki Morris and Troy Cullen won “Australia.” Winners for “Argentina” and “U.K.” have not yet been revealed.

“The Challenge” debuted in 1998 and has always focused on bringing back cast members from past shows. That began with former “The Real World” and “Road Rules” members and has since expanded to more than 27 other outside franchises, including “Are You the One?,” “Big Brother” and “Survivor.” Last year, Paramount+ announced the international seasons to take place in Argentina, Australia, U.K. and the U.S. — all of which will affect future seasons of the flagship show, which has been renewed through Season 39.

“Often, we would have people from other countries on and they had never seen the show,” Bunim/Murray president Julie Pizzi told Variety in June. “Now, all because of Paramount+, the cast members all over the globe are able to watch it and study it. They’re going in knowing who Wes Bergmann is or knowing who Johnny Bananas is, which is really fascinating.”