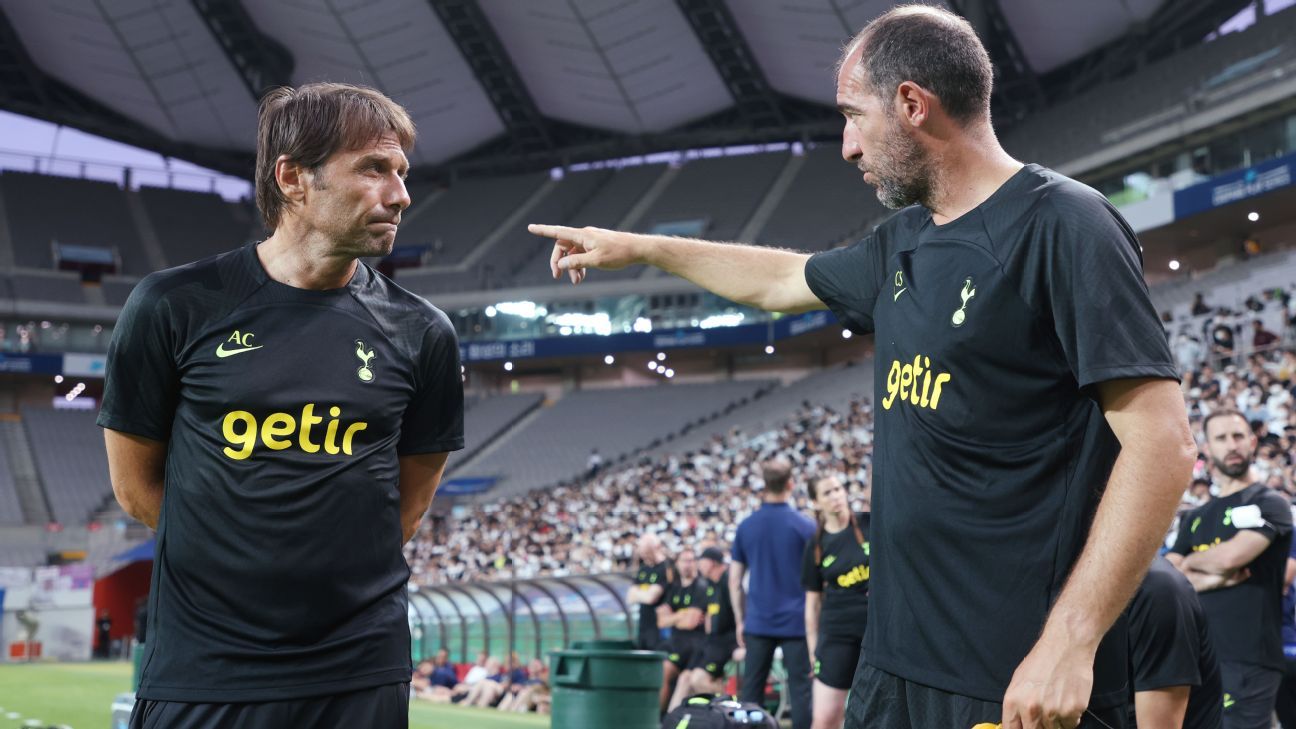 Tottenham assistant head coach Cristian Stellini has said it will be a “totally different world” without Antonio Conte on the touchline against Marseille but urged players and staff to “fill the gap” to avoid crashing out of the Champions League.

Spurs face a make-or-break Group D decider in southern France needing a point to guarantee passage to the last 16.

However, all four teams could qualify depending on the outcome of Tuesday’s matches with Sporting Lisbon hosting Eintracht Frankfurt at the same time.

Conte will not be in the dugout as he serves a one-match suspension after being sent off in last week’s 1-1 draw against Frankfurt and cannot communicate directly with his players during the game.

He will not give the prematch team talk but, according to Stellini, in a departure from normal planning, Conte will travel to the Stade Velodrome with the players and sit with his brother Gianluca, also part of Tottenham’s backroom team, to watch the match.

“The presence of a coach like Conte, both before the game and the week leading up to it and during the match, is just indispensable,” said Stellini, speaking at a Monday news conference which Conte declined to attend due to his ban.

“Especially a tough match like this where it’s going to be intense until the final whistle. It’s a change that’s difficult but we have to prepare ourselves altogether before the match. It’s a totally different world because normally the days before the game, Antonio will do all his preparation himself, alone.

“But now, we have to do this all together so it changes everything. We have to work on the strategy and this can become complex.

“He will work with us until we arrive here. Then we have to stop the communication and he will stay close to Gianluca but we are preparing well the game and strategies.

“Our strategies are clear in every game and we have to play our match the best. Everyone has to do something more to fill the gap.”

Spurs will be without injured trio Dejan Kulusevski, Richarlison and Cristian Romero and warned against extending a run of conceding the first goal in eight of the last 11 matches given what is at stake and a likely hostile atmosphere.

“It’s a key message we sent to the players and we work on this aspect to create a perfect solution to start well. It will be hard for 90 minutes and we have to start well. We work in the last two weeks to improve this aspect.”