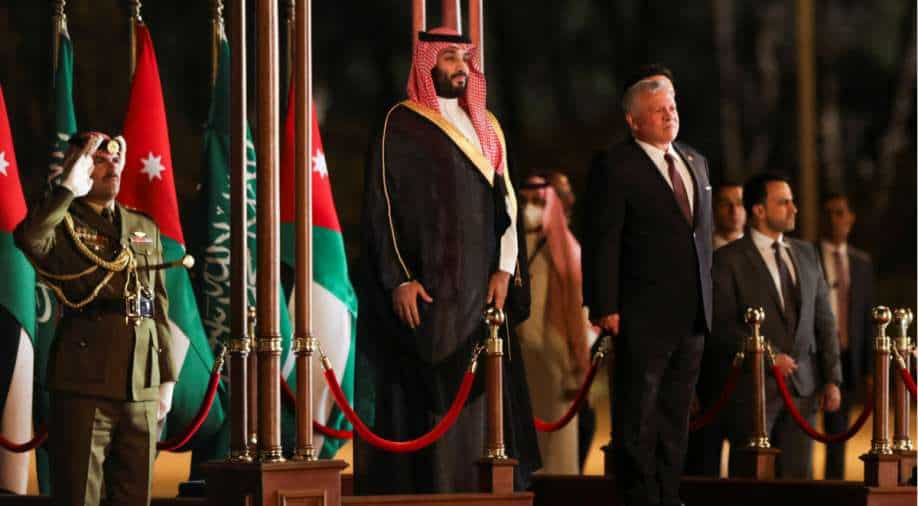 Saudi Crown Prince Mohammed bin Salman arrived in Jordan on Tuesday and meet Jordan’s King Abdullah. This is first such visit in years by de facto ruler of Saudi Arabia. Jordan’s economy is currently struggling due to knock-on effects of the Ukraine war.

“This is an opportunity for a new phase in Jordanian-Saudi ties and to continue a program of economic projects and new investments,” a senior Jordanian official told Reuters.

There is speculation that the meet will result in unblocking of at least USD 3 billion of investment projects that Saudi Arabia committed to in recent years, but which never materialized.

Saudi Arabia has over $12 billion worth of investments in Jordan and once rescued Jordan with cash injections but has held off direct budget support.

Officials said discussions would look at more ways to help Jordan’s economy, which has been hammered by rising fuel prices and higher food imports. Jordan imports most of its energy needs.

Officials say Jordan’s economic strains have worsened with the end of Gulf grants and little extra funding from Western donors in the last few years to cope with sluggish growth and high unemployment.

King Abdullah will also discuss with the Saudi prince a summit meeting next month in Jeddah where U.S. President Joe Biden will meet with leaders of the Gulf Cooperation Council in addition to Iraq, Jordan and Egypt.

Saudi Arabia and Jordan share deep concerns about Iran’s nuclear ambitions and what they see as Tehran’s destabilizing role in the region, a Jordanian official said.