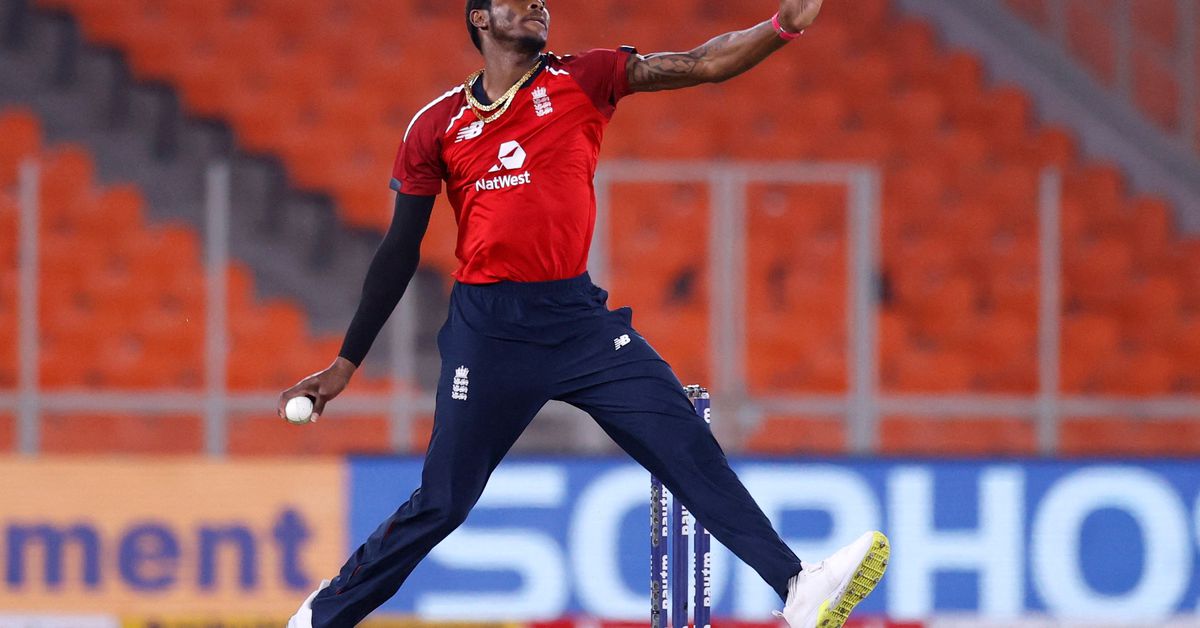 Jan 26 (Reuters) – Jofra Archer rates himself “about 80%” fit ahead of his long-awaited England return but the fast bowler is determined to get himself back in the kind of shape that saw him play a starring role in the 2019 Ashes and Cricket World Cup.

Archer spearheaded England’s 50-overs World Cup success on home soil that year, bowling the super over that helped them lift the trophy, and took 22 wickets in the Ashes series against Australia.

Elbow and back injuries disrupted his career over the last two years and the 27-year-old only made his competitive return earlier this month in South Africa’s Twenty20 league, impressing with eight wickets in five matches.

Archer is set to make his first England appearance since March 2021 in the three-match ODI series against South Africa, which starts in Bloemfontein on Friday.

With an Ashes series and World Cup looming this year, he is keen to pick up where he left off.

“Hopefully it can be a repeat of 2019,” Archer said. “We’ve got a 50-over World Cup again and an Ashes in the same year so more of the same, please.

“I need to spend the next two, three, four months fine-tuning the body and making myself a bit more resilient. Let me sort that out first and then I can look forward to holding the red ball in my hand again.

“I know whenever I’m fully fit, I don’t think there’s much that can stop me, it’s just a matter of when that was going to be.”

A fit and in-form Archer would be a major boost for England’s World Cup title defence as well as their bid to win the Ashes for the first time since 2015.

“It is an exciting prospect to think about playing with the guys again, especially with the brand of cricket they are playing, which is very exciting,” Archer added.

“I might have to do some extra bowling during the weeks when I’m in India (for the Indian Premier League). But that is absolutely fine because I want to play in the Ashes, so I’m going to have to do all the hard yards to tick those boxes.”

Reporting by Hritika Sharma in Bengaluru; Editing by Peter Rutherford