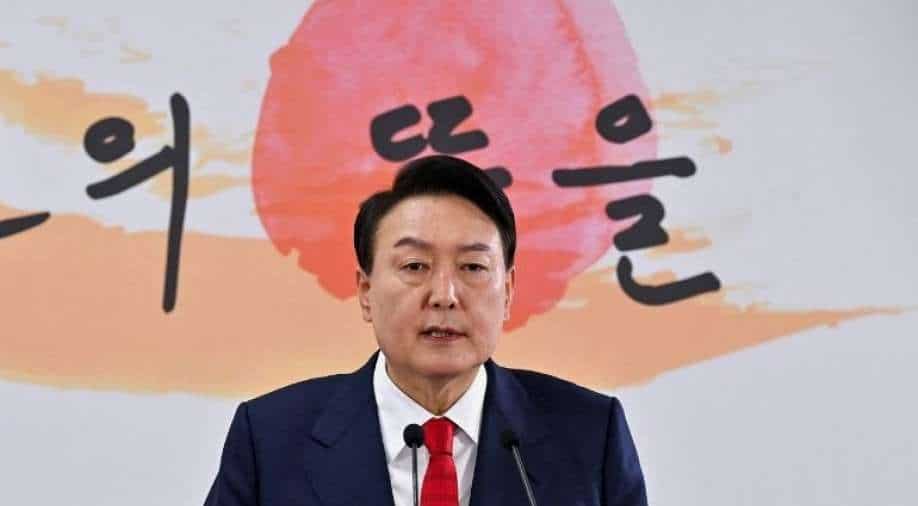 When North Korea on Thursday conducted a test of its most ​powerful intercontinental ballistic missile to date, South Korea’s Defense Ministry was busy with another urgent task: making plans to move.

Earlier this month, South Korea’s president-elect, Yoon Suk-yeol, announced plans to move the Defense Ministry to another building in Seoul so that his presidential office could move into the ministry’s current headquarters by May 10, the day of his inauguration.

The ministry was caught off guard by Yoon’s decision, which came at a time when North Korea is rapidly escalating tensions on the Korean Peninsula. North Korea has often used presidential transitions as an opportunity to make a show of force. This year, the confusion created by Yoon’s plan to relocate both the presidential office and the Defense Ministry could add to the South’s security concerns, analysts said.

The current presidential office is situated in the Blue House, a secluded compound with graceful pine trees and manicured lawns, nestled between the capital’s ancient Gyeongbokgung Palace and Mount Bukaksan. During his election campaign, Yoon said he would make the Blue House a park and “return it to the people.”

The Blue House has been the seat of presidential power since the birth of South Korea at the end of World War II. Its location has come to symbolize the secrecy and unbridled power of the president. Almost all South Korean presidents have been either imprisoned or embroiled in corruption scandals after leaving office.

South Korea’s social media was abuzz with rumors that Yoon’s wife, Kim Kun-hee, had been told by shamans that the Blue House was cursed and should not be occupied by the president-elect. Yoon’s transition team dismissed those rumors as groundless.

“I know there is concern that I am hurrying too much to move the presidential office,” Yoon said at a news conference Sunday. “But I thought that once I moved into the Blue House, it would become more difficult to get out of the place, a symbol of imperial power of the president.”

Moving both the presidential office and the Defense Ministry — with their underground bunkers equipped with sensitive equipment to deal with national emergencies like North Korea’s military provocations — immediately incited outrage in South Korea. In a survey this week, nearly 54% of respondents said they opposed the hasty move.

Yoon first said his new office would be at a government complex a few blocks from the Blue House, but after the election, he learned that his plan was infeasible because the busy area would create insurmountable security risks, as well as traffic jams and other inconveniences for citizens. He eventually settled on the Defense Ministry’s current headquarters in Yongsan, a district in central Seoul.

One of Yoon’s most vocal critics on the plan is the outgoing president, Moon Jae-in, whose office said the president-elect’s plan would leave South Korea badly prepared for North Korean provocations, like its test launch of the new Hwasong-17 missile on Thursday. Moon had also promised to move the presidential office out of the Blue House, but ditched the plan after his election.

Moon’s government has refused to allocate the 49.6 billion won ($41 million) that Yoon has requested for the move, citing the disruption it would cause for the remainder of his term. Yoon has vowed to press ahead with his plan, saying if the move is not completed by May 10, he would continue to work in the office of his transition team.

In the interim, Yoon’s team said he would deal with North Korean provocations from a mobile situation room — a minibus equipped with big screens and high-speed encrypted communication gear that South Korean presidents use when traveling outside Seoul.

The disorder of the transition has created an opportunity for North Korea, analysts said, and the timing of Thursday’s launch allowed the North to “greet the newly elected conservative South Korean president with a message about who is the big dog on the peninsula,” said Daniel R. Russel, a former United States diplomat who is now vice president of the Asia Society Policy Institute in New York.

During the campaign, Yoon vehemently criticized Moon’s policy of seeking dialogue with North Korea, even as its leader, Kim Jong Un, rapidly expanded the country’s nuclear and missile programs. Yoon has championed a stronger alliance with Washington and a tougher stance on the North. He has also proposed rejuvenating the joint U.S.-South Korean military exercises that were scaled down under Moon.

North Korea has said that “hostile” acts like joint military drills were part of the reason it has developed a “nuclear war deterrent” against its enemies.

According to photos released by the North’s state media, the Hwasong-17 launch Thursday showed at least one major technical advance: Its first-stage booster rocket had four nozzles, compared with two for the North’s earlier Hwasong-15 ICBM.

North Korea appeared to have clustered two Hwasong-15 booster engines to give more power to the Hwasong-17, which soared 3,852 miles into space before crashing down into waters west of Japan. If the North flattens the trajectory, it can send the missile 9,320 miles, a range great enough to cover the whole of the continental United States, missile experts said.

Yoon’s transition office called the launch a “grave provocation” and urged the U.N. Security Council to discuss how to punish North Korea for its aggression.