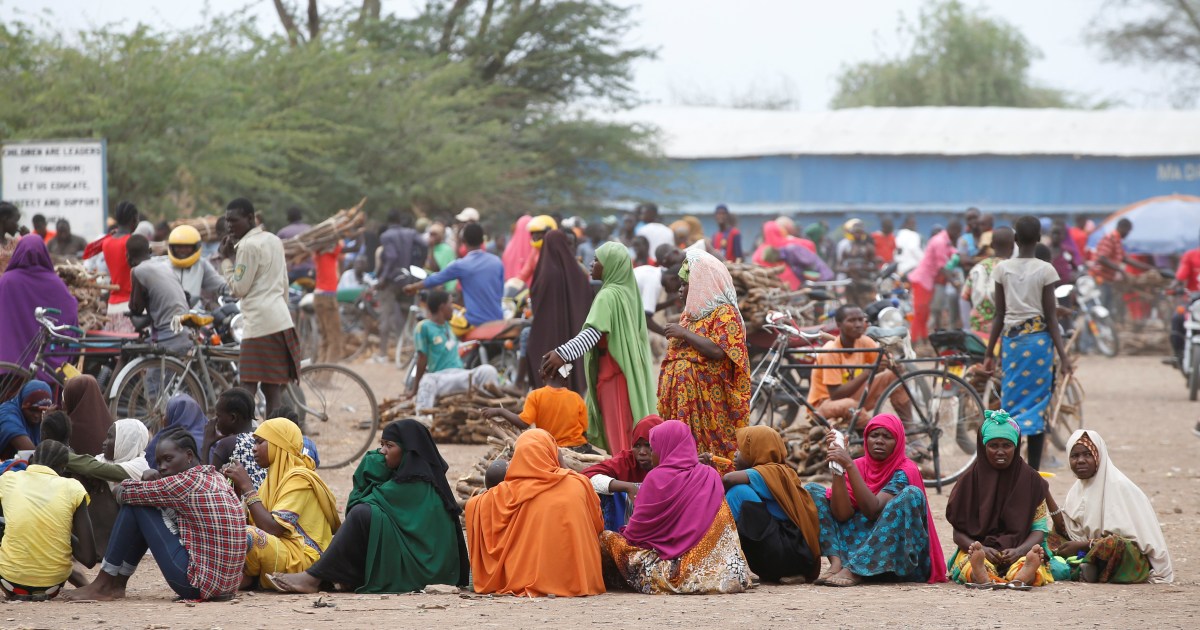 In March 2021, Kenya ordered the swift closure of Kakuma and Dadaab – two sprawling refugee camps that host more than 400,000 people, mostly from neighbouring Somalia, South Sudan and the Democratic Republic of the Congo – and gave the United Nations refugee agency (UNHCR) just two weeks to come up with a plan to do so.

In response, UNHCR presented Kenya with what it said were “sustainable rights-based measures” for finding solutions for the refugees’ longstanding displacement – solutions that include voluntary repatriation, departures to third countries under various arrangements, and alternative stay options in Kenya.

In the end, the refugee agency and the Kenyan authorities agreed on a road map that would result in both camps being closed by June 30, 2022.

The announcement of an official closure date sent shockwaves down the spines of many of the camps’ residents.

Kakuma and Dadaab residents had heard countless empty promises of better living arrangements and threats to be “sent back home” over the years. They had also repeatedly been accused of posing unspecified “security risks” to Kenyan citizens, and blamed for the country’s myriad problems. After the 2013 Westgate attack, for example, Kenyan politicians had claimed, without any solid evidence, that the Dadaab refugee camp had been turned into “a terrorist training ground” and urged the swift repatriation of all its residents. Human Rights Watch has called out the Kenyan government for claiming Somali refugees in the camps are responsible for Kenya’s insecurity and stated that officials “have not provided credible evidence linking Somali refugees to any terrorist attacks in Kenya”.

On the back of this painful history, the camp residents were understandably sceptical of the “sustainable rights-based measures” UNHCR claimed would ensure their “safe and dignified” exit from the camps before the June 30 deadline. They did not believe they can safely return to their home countries, did not want to go to an unspecified third country to start all over again, and had no faith in the Kenyan government providing them with opportunities to integrate themselves fully into Kenyan society.

I know this because, before moving to Canada last year, I lived in the Kakuma refugee camp for 11 years. And for all those years, I experienced firsthand the fear of being kicked out of the only home you know at a moment’s notice; the frustration of not having the rights and freedoms that would enable you to fully integrate into society and build a future for yourself; and the anger of knowing that politicians in charge of your destiny would not hesitate to use you as a scapegoat for any atrocity if it happens to be beneficial for them.

All this is not to deny the generosity Kenya demonstrated in hosting so many refugees for so long. Indeed, Kenyans welcomed me and hundreds of thousands of others like me in their country in our time of need, and we will never forget this. But this does not give the Kenyan politicians the right to turn us into a political football, or simply ignore us.

Sadly, this is what they are currently doing.

Since the announcement that Kakuma and Dadaab camps will be closed by June 30, little has been done to provide the camps’ residents with clarity about their future.

Almost none of the refugees returned to their home countries due to security concerns and the lack of economic opportunities presented by such a move. It is also still not clear what third-country options are on the table for many of the camp residents.

Towards the end of 2021, Kenya’s President Uhuru Kenyatta signed into law the new Refugee Act, which aims to provide the two camps’ residents with better access to education and employment in Kenya. There was also news of refugees starting to receive permits to work in the country. But these efforts, in the end, were just too little too late. Implementation of the Refugee Act has been slow. The parliament is yet to pass a regulatory framework for the new law. Many Dadaab and Kakuma residents still do not see a straightforward path out of the camps and into a dignified life in Kenya.

And with just a little more than a month left before the deadline for closure, the country’s leaders are still showing little interest in providing camp residents with any information on what awaits in their future.

Kenya is due to hold general elections on August 9. Politicians from all parties are working on overdrive to convince Kenyans to vote for them and laying out their policy proposals for the next five years, but they almost never mention Dadaab, Kakuma and the refugees who live there. Even the most prominent presidential contenders, former Prime Minister Raila Odinga and Vice President William Ruto, have been completely silent on the issue.

But it does not have to be this way.

It is clear that Kenya is not ready to close down Dadaab and Kakuma in a month’s time. The people putting themselves forward as the country’s next leader should accept this reality and lay out their plans for the camps and their residents.

This election can be a great opportunity for politicians to stop jumping between ignoring the existence of Dadaab and Kakuma completely and baselessly blaming Kenya’s security problems on the camps. Instead, they could and should lay out a real, workable plan for building a future for the camps’ residents within Kenya.

Many of the hundreds of thousands of people living in these camps have not known any home other than Kenya, and they are eager to become part of the Kenyan society and contribute to the country economically.

A politician finally taking the steps to help those residing in the camp – many of them young people with big dreams for the future like me – will benefit not only the refugees but the entire country.

Maybe the candidates think talking about refugee camps in the run-up to the election may affect their chances of winning, or leave them open to populist attacks. And they have many pressing issues to address, such as widespread youth unemployment, devastating levels of poverty, and the droughts crippling the country. But all this does not mean whoever wins the election should once again leave those living in Kakuma and Dadaab to their fates.

The Refugee Act has already been passed – the blueprint for helping people like me become part of Kenya is already in the hands of our leaders. The new president can work with UNHCR and other stakeholders, including the refugees, to ensure efficient implementation of the act and help the camps’ residents integrate into society so that the issue of Kakuma and Dadaab can truly be resolved once and for all.

I am scared about what may happen on June 30, but I am also hopeful for the future. If the camps are not closed in a month – and it is very unlikely that they will be – Kenya’s new leader will have an unmissable opportunity to transform something that has been seen as a problem for decades into an opportunity.