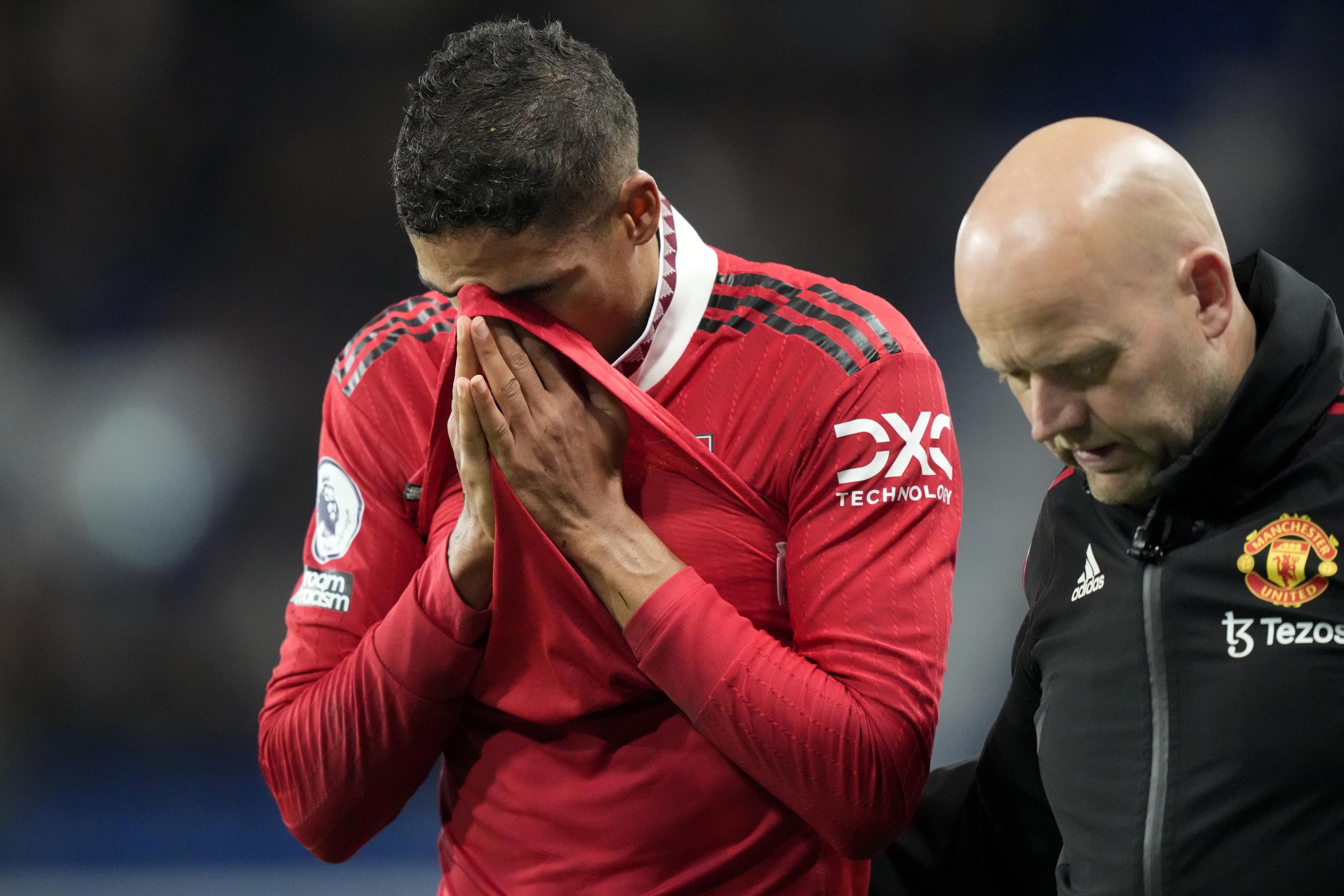 MANCHESTER, England (AP) — Manchester United defender Raphael Varane left the field in tears on Saturday as his chances of playing in the World Cup were threatened by an apparent knee injury.

The France international was substituted after 60 minutes of United’s 1-1 draw at Chelsea in the Premier League.

Varane was in visible distress and had to wipe away tears from his eyes as he made his way to the locker room at Stamford Bridge.

But United manager Erik ten Hag said it was too soon to know the extent of the injury.

“We have to wait a minimum 24 hours so medical can do their job and we do a diagnosis,” he said. “I can understand (his) emotions. He has to wait, he is experienced, but we don’t know.”

United’s medical team put Varane through a specified conditioning regime during the summer after his first season at the club was disrupted by injury.

The player and United have seen the benefits of that, with the 29-year-old center back starting eight of United’s 11 Premier League games this term.

An injury-time header from Casemiro earned United a point at Stamford Bridge after Jorginho fired Chelsea ahead from the penalty spot in the 87th minute.

James Robson is at https://twitter.com/jamesalanrobson