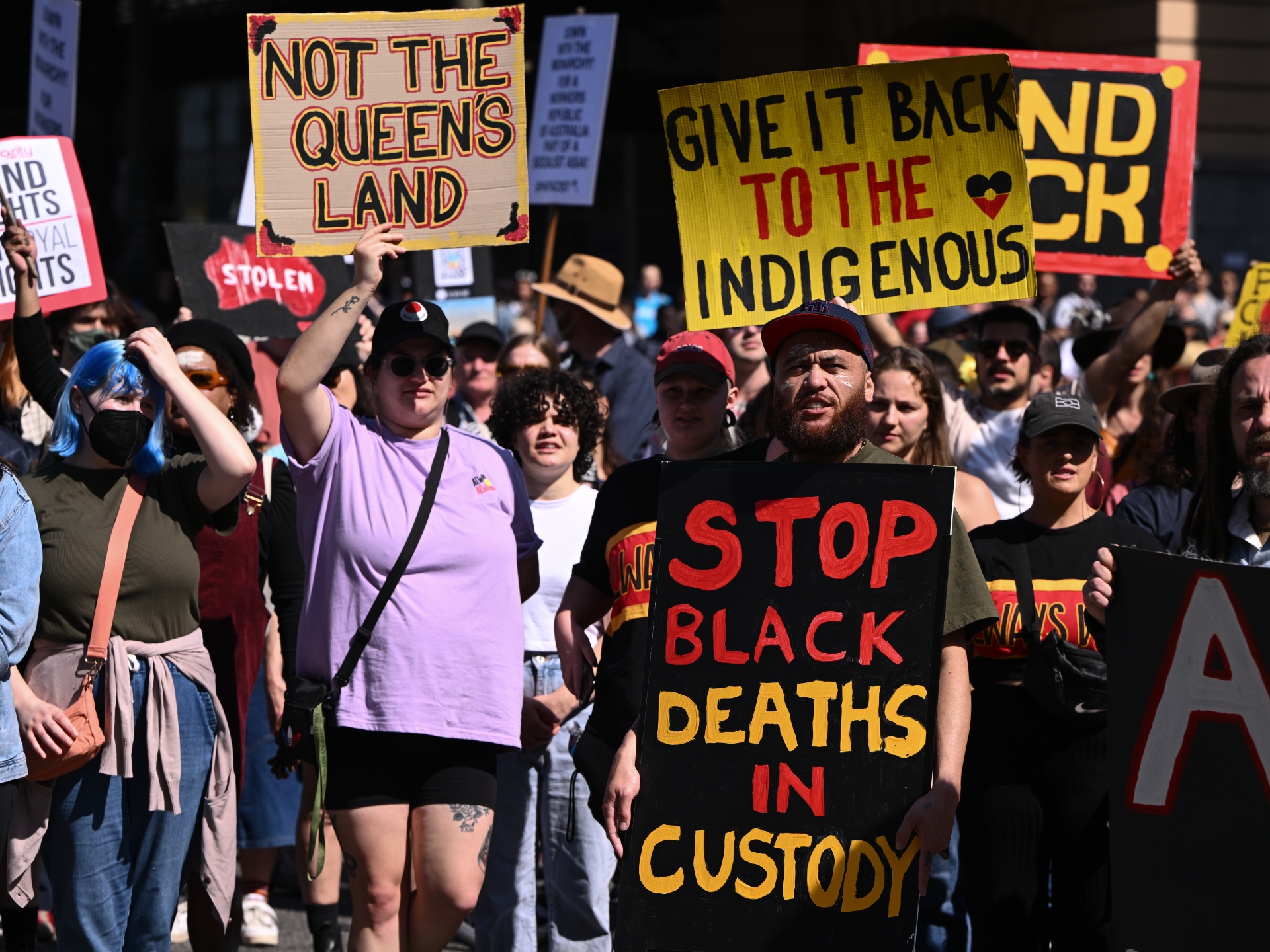 Hundreds of activists have rallied in Australia to denounce the destructive effect of British colonisation on Indigenous peoples, as the country held a public holiday to mark the death of Queen Elizabeth II.

“Abolish the Monarchy” demonstrators gathered in cities, including Sydney, Melbourne and Canberra, on Thursday, protesting against the persecution of Indigenous people since the British landed in Australia more than two centuries ago.

In Sydney, dozens of people came together near a statue of Queen Victoria in the city centre before marching through the streets.

“I think the monarchy needs to be aware that there’s unfinished business happening here in Australia,” said Gwenda Stanley, a 49-year-old activist of the Indigenous Gomeroi people.

“The monarch is nothing to mourn about, it is something if anything for our people to rejoice,” she said, calling for the return of Indigenous lands and restitution for “war crimes”.

“The monarchy needs to be abolished, it should have been many years ago,” said 24-year-old Indigenous activist Paul Silva.

“First Nations people within Australia are still fighting for their traditional lands,” he added.

“We demand that they return those lands to the traditional owners.”

At a national memorial service for the queen in Canberra, Australia’s Governor-General David Hurley, who represents the monarchy, said he recognised the concerns of the island continent’s first inhabitants.

“Considering the unifying role her majesty played, I acknowledge that her passing has prompted different reactions for some in our community,” Hurley said.

“I’m conscious and respect that the response of many First Nations Australians is shaped by our colonial history and broader reconciliation journey. That is a journey we as a nation must complete.”

Australia’s Prime Minister Anthony Albanese has promised a referendum in his first three-year term to give Indigenous peoples the right to be consulted by lawmakers on matters that affect them, a so-called Voice to Parliament.

Though an avowed republican, Albanese has made the Voice to Parliament his priority, rejecting questions about a push for an Australian republic as inappropriate during a period of mourning.

The arrival of British settlers in 1788 signalled the start of two centuries of discrimination and oppression of Indigenous Australians who have inhabited the land for an estimated 65,000 years.

The persecution of Indigenous peoples has been braided into Australia’s history, beginning with the decimation of the population after colonisation and continuing through policies such as the forced removal of children.

The inequalities facing Aboriginal and Torres Strait Islander people in Australia remain stark, with life expectancies years shorter than that of other Australians and a higher rate of deaths in custody.