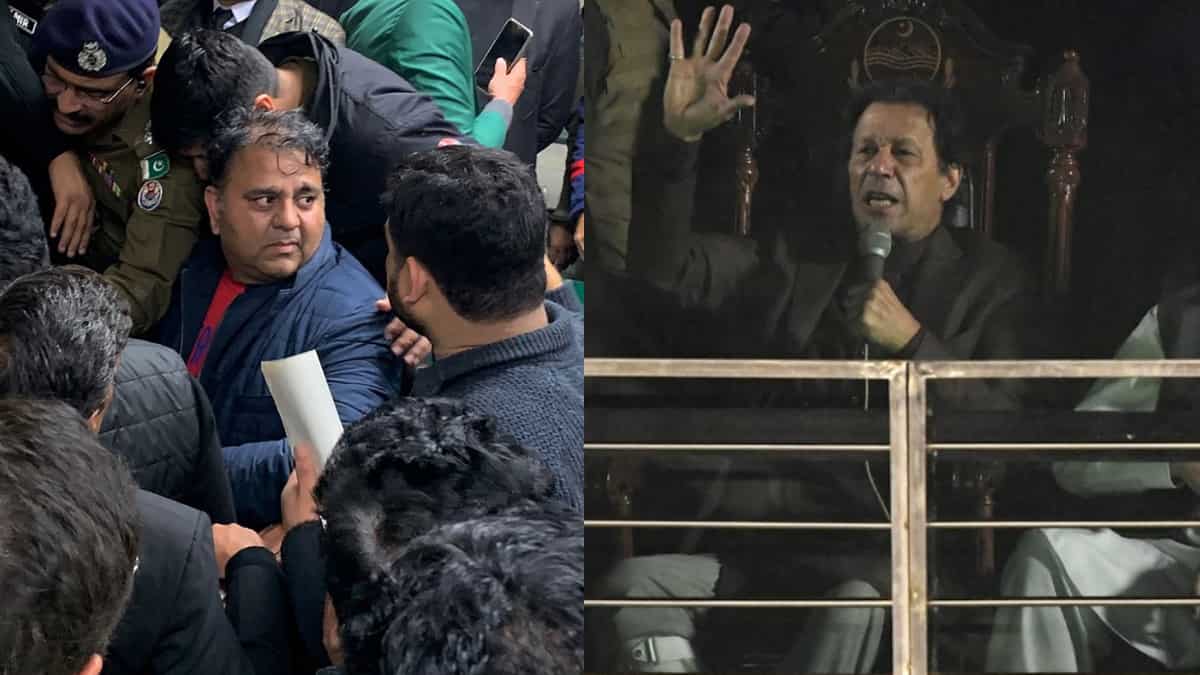 Fawad Chaudhry, leader of former Pakistan Prime Minister Imran Khan’s Pakistan Tehreek-e-Insaf (PTI) party, was arrested on Wednesday for “inciting violence against a constitutional institution”, widely attributed in the Pakistani media as ‘charges of sedition’. Fawad was arrested from outside his Lahore residence, following which he was produced in a lower court and subsequently escorted away to the country’s capital Islamabad, about 380 km north.

At the same time, it emerged that Prime Minister Shehbaz Sharif’s government has ramped up its preparations to put former Prime Minister Imran Khan under house arrest after his announcement of a long march to capital Islamabad, said a report in The Dawn newspaper citing unnamed officials.

Meanwhile, a bail petition filed in the Lahore High Court by Fawad Chaudhry’s cousin Nabeel Shahzad, claimed that the Pakistan Tehreek-e-Insaf (PTI) leader was arrested ‘illegally, unconstitutionally and without legal authority’. The Lahore High Court asked police to produce Fawad before it, an order which appears to have not been followed through.

While the petition was being heard in the Lahore High Court, visuals emerged that showed Fawad Chaudhry being taken to the capital Islamabad.

Why has Fawad been arrested?

Fawad Chaudhry has been arrested in response to the First Information Report (FIR) filed by Umar Hameed, Secretary of the Pakistan Election Commission. The FIR cites a controversial speech by Chaudhry, in which he said that “those who become part of the caretaker government (in Punjab) will be pursued until they are punished”.

Islamabad Police, meanwhile, said that Fawad tried to “incite violence against a constitutional institution” and “inflame(d) the sentiments of the people”.

Pakistan Tehreek-e-Insaf (PTI) alleged that the government is planning to arrest Imran Khan soon. The party claimed that the crowd of Lahore residents that reportedly gathered in front of Khan’s house prevented his arrest late Tuesday night.

Over the period of 75 years of its existence, Pakistan’s see-saw democracy has seen repeated moments of detention, exile, and assassinations of its principal opposition leaders, all without exception linked to its powerful army and intelligence agency (collectively known as the ‘establishment’).