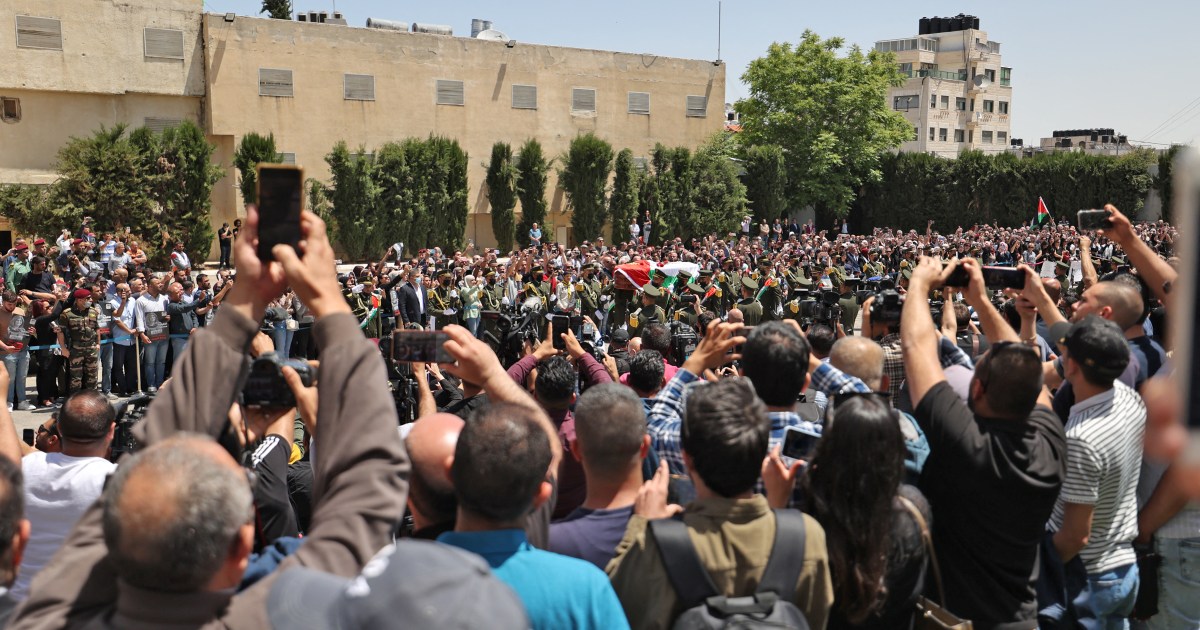 The tragic murder of Al Jazeera reporter Shireen Abu Akleh in the occupied West Bank was Israel’s latest attempt to silence journalists working to expose its atrocities against Palestinians.

When she was mercilessly shot in the face and killed, Abu Akleh was wearing a press vest and helmet. She was with other colleagues. There was no armed Palestinian fighter in her vicinity. All this has been confirmed by witnesses and verified by videos taken on the scene.

Israel, of course, immediately tried to distort the story, claiming that Abu Akleh may have been killed by a Palestinian fighter shooting aimlessly into the streets. Or that she may have been caught in crossfire.

Of course, we know that Abu Akleh did not get caught in crossfire. Her killing was not a “mistake”. It was deliberate. It was an assassination aimed at silencing Palestinian voices, intimidating Palestinian journalists, and obscuring the truth.

We know this not only because the evidence is clear, but also because Abu Akleh’s murder follows a well-known pattern.

Indeed, the veteran Al Jazeera reporter was hardly the first Palestinian journalist killed, injured or intimidated by Israeli forces for the crime of reporting on the Palestinian struggle. In 2018, Ahmed Abu Hussein and Yasser Mortaja were fatally shot by Israeli snipers while covering the Great March of Return protests. Muath Amarneh and Nedal Eshtayeh were maimed by Israeli sniper fire in 2019 and 2015, respectively. Basil Faraj, Fadel Shana, Hussam Salama, Imad Abu Zahra, Issam Tillawi, Khaled Reyadh Hamad, Mahmoud al-Kumi, Mohamed Abu Halima and many other journalists also suffered at the hands of the Israeli forces over the years.

It was only last year when Israeli air raids bombed buildings housing media organisations in the Gaza Strip, including the 11-storey al-Jalaa building, which housed Al Jazeera and The Associated Press offices.

Israel has a well-established history of targeting journalists and getting away with it.

But the murder of Shireen Abu Akleh, a household name across the Arab world, revered for her insight into the Palestinian story and objectivity, can and should change this.

Given the gravity of this murder, immediate action must be taken to bring those responsible to justice – not only the person who pulled the trigger but also the authorities who paved the way for such an atrocity to be committed in the first place.

Delivering justice for Abu Akleh will not be easy. It will require an international investigation and a commitment from the global community to hold Israel to account for the crimes it commits not only against journalists like Abu Akleh but all Palestinians.

An investigation into Shireen Abu Akleh’s killing that involves Israel in any shape or form would not get us anywhere. Palestinians would, rightfully, see such an investigation as nothing but a whitewashing attempt. Israel, after all, has a long history of trying to legitimise its abuse of and violence against Palestinians. And the Israeli authorities’ relentless efforts to distort the truth and blame Abu Akleh’s death on Palestinians clearly show that they have no intention of accepting responsibility for the killing.

On April 25, the International Criminal Court (ICC) formally acknowledged receipt of a complaint that was filed early in April by the International Federation of Journalists against the State of Israel. The complaint detailed Israel’s systemic targeting of journalists working in Palestine and alleged that its failure to properly investigate killings of media workers amounts to war crimes.

The Federation should now add the killing of Abu Akleh to their case – only an investigation conducted and a verdict delivered by an independent international body like the ICC can be trusted to deliver justice for the slain journalist and end Israel’s relentless abuse of her colleagues.

Israel’s systemic targeting of journalists is a grave violation of international law and it should be treated as such. If the global community does not take action now to break Israel’s impunity, we will have to mourn many more journalists who have not committed any crime other than exposing the real face of Israel’s occupation and apartheid.

Shireen Abu Akleh was a Palestinian icon, an honourable journalist who saw it as her duty to give voice to the voiceless and tell Palestine’s story. She left behind a long legacy of quality journalism, integrity and perseverance. Palestinians and the wider global community should honour her memory by ensuring her killers are brought to justice, and the system that allowed for her to be targeted like that is dismantled.