Skip to content
HomeWorldMonkeypox Virus: CDC issues sex guidelines on Monkeypox. Why India should get battle ready for Monkeypox

The number of cases of Monkeypox virus are increasing day by day, but neither the people nor the governments seem to be worried about it. It has spread to more than 40 countries and still is continuing, with South Korea reporting its first case. Singapore has also reported one case, the first in Southeast Asia, on a British flight attendant. The Centre for Disaster Control and Prevention has given various guidelines to control the spread, including islolation of infected persons, regular sanitisation, avoiding direct physical contact, avoiding contact with pets, etc. Some gay and bisexual men at higher risk of catching Monkeypox infection should be offered a vaccine, say UK health officials.

What is Monkeypox and what are the latest symptoms of Monkeypox?

According to CDC of the US, Monkeypox is a rare disease caused by infection with the Monkeypox virus. Monkeypox virus belongs to the Orthopoxvirus genus in the family Poxviridae. The Orthopoxvirus genus also includes variola virus (which causes smallpox), vaccinia virus (used in the smallpox vaccine), and cowpox virus. The first human case of Monkeypox was recorded in 1970. Since then, Monkeypox virus has been reported in people in several central and western African countries. The latest symptoms of Monkeypox include fever, rashes all over the body, severe headache, fatigue, and enlarged lymph nodes. The incubation period of Monkeypox virus is usually from 6 to 13 days, but it can range from five to 21 days. The skin eruption usually begins within 1–3 days of appearance of fever.  The rash tends to be more concentrated on the face and extremities rather than on the trunk.

Watch | WHO to rename Monkeypox, scientists call for a non discriminatory name

Why is Monkeypox virus spreading so fast?

The main reason for the Monkeypox outbreak and the virus spreading so fast is the carelessness of people. Even after the cases increasing day by day, people are not taking the required precautions. Currently, no countries have applied any travel restrictions. These were also one of the reason in the increase in number of Covid-19 cases earlier, and the same case is seen in Monkeypox.

Countries in which Monkeypox has spread till now

According to a report by WHO, a total of 42 countries, both endemic and non-endemic, have reported 2,103 laboratory-confirmed cases of monkeypox, since the beginning of the year. Of these, 99 per cent of the cases were detected among men. On June 22, South Korea has also reported one case of Monkeypox. Europe has been the most hit, with 84 per cent of the confirmed cases being reported from the region. This is followed by 12 per cent in the Americas, while Africa accounts for 3 per cent of cases.

Here is a table provided by WHO of the list of the countries with Monkeypox cases. 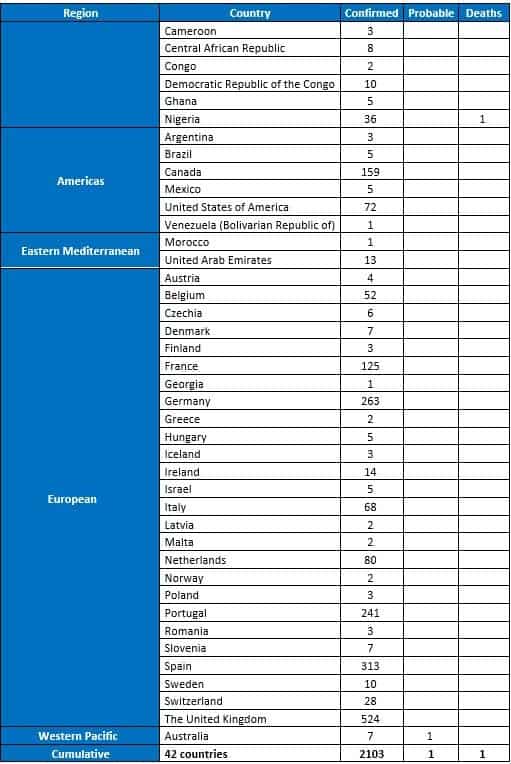 3. Consider having intercourse with your clothes on or covering areas where rash or sores are present, reducing as much skin-to-skin contact as possible.

5. Remember to wash your hands, bed sheets and other things used.

6. Limit your number of partners to avoid opportunities for Monkeypox to spread.

See the infographic below, 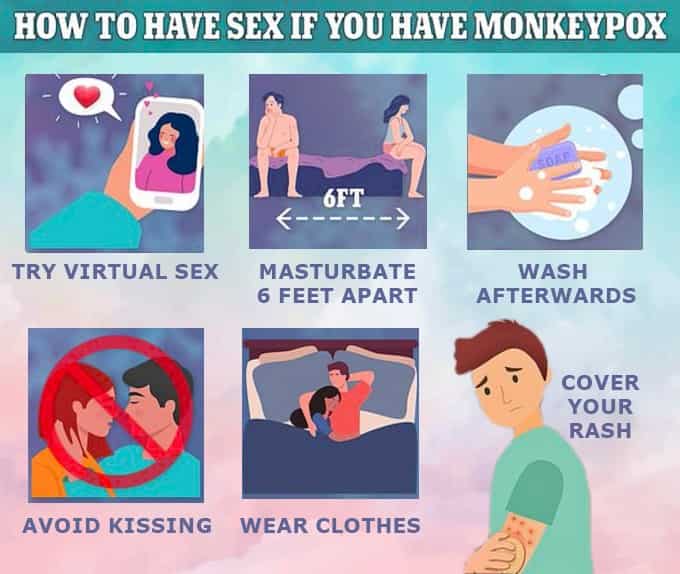 Why should India get battle-ready for Monkeypox?

Many new countries like South Korea and Singapore have started to report cases of Monkeypox. According to latest reports, the virus is now spreading from person to person even in non-endemic countries. India should also get ready and take the necessary precautions as the Monkeypox virus can also enter India any day. The government should apply necessary travel restrictions. Vaccines should be given to the one’s who have not got it yet and senior citizens and small children should try to stay indoors. India has to prepare itself to not face situations like it did in the COVID-19 outbreak.