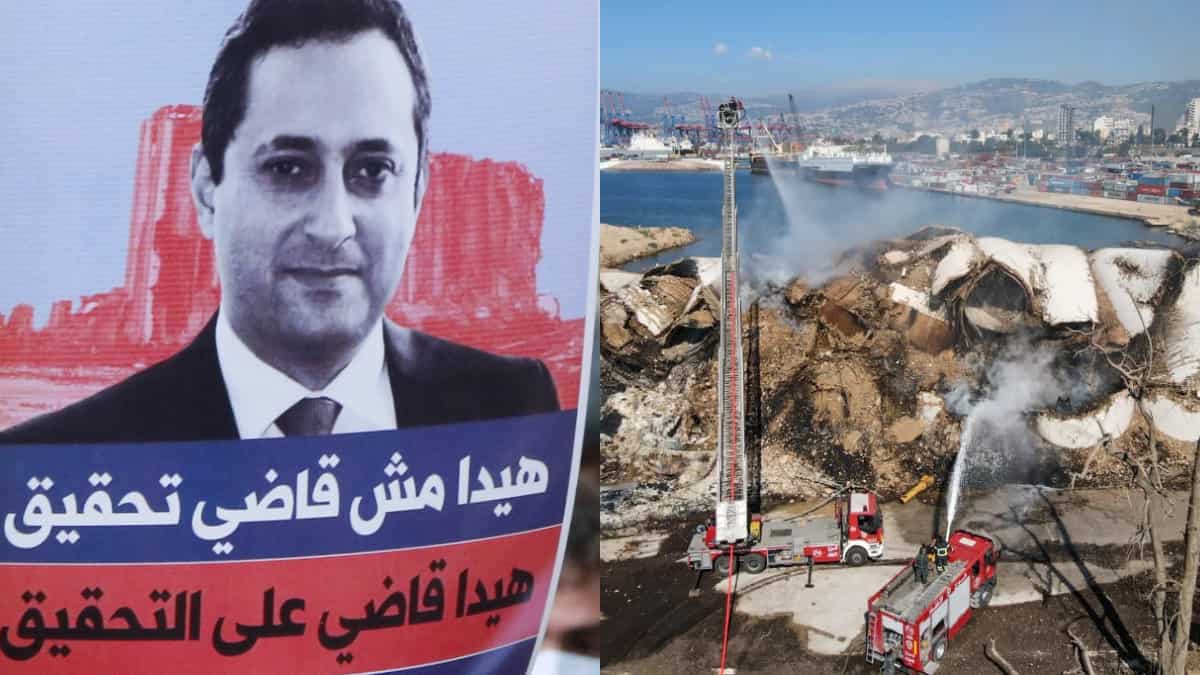 Top prosecutor of Lebanon has charged the judge probing the 2020 Beirut port blast. The investigative judge Tarek Bitar has been charged for “rebelling against the judiciary”, a judicial official was quoted as saying by the news agency AFP. “Prosecutor General Ghassan Oueidat has charged investigative judge Tarek Bitar and banned him from travel for rebelling against the judiciary,” the official said on the condition of anonymity.

Earlier, reports citing unnamed judicial sources had said that along with judge Tarek Bitar, three other judges in connection with the Beirut blast probe will be charged. It remains unclear if the three other judges have been charged so far or not.

Why is judge Tarek Bitar being prosecuted?

During the course of his investigation, Bitar charged head of Lebanon’s domestic intelligence agency Major General Abbas Ibrahim, and Major General Tony Saliba, head of another security agency of Lebanon, in connection with the Beirut blast. Judge Bitar, however, did not specify any charges.

All three have denied any wrongdoing in connection to the blast.

Politicians charged by Tarek Bitar, including allies of Iran-backed militant outfit Hezbollah, made legal challenges that resisted Bitar’s efforts to interrogate them.

The investigation was paralysed in early 2022 due to retirement of judges of a court that was supposed to rule about legal challenges put against Bitar’s investigation by various subjects of interrogation.

Hezbollah in the past has campaigned against Bitar as he sought to question its allies and accused the United States of meddling in the probe. Hezbollah leader Sayyed Hassan Nasrallah called for him to be replaced.