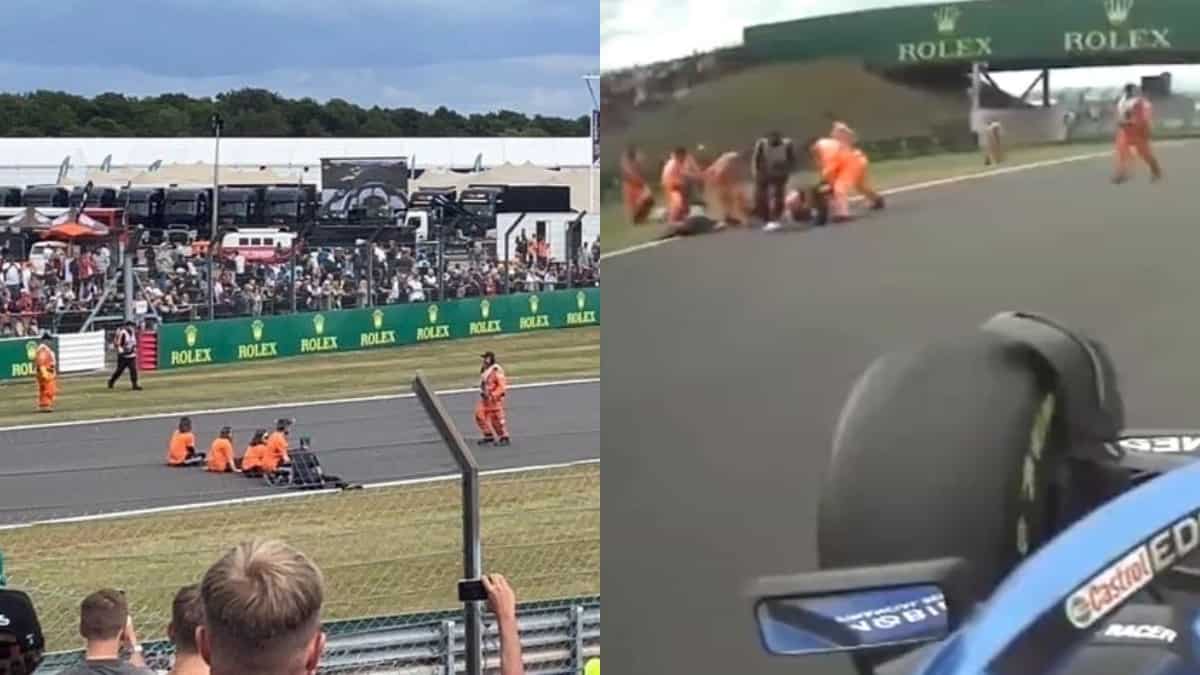 Climate activists from the Just Stop Oil group went on trial on Wednesday for sitting on the track during the British Grand Prix last year.

Six activists are facing a jury trial on criminal charges of conspiring with others to cause a public nuisance and causing a public nuisance after they invaded the Silverstone circuit in July last year. All of the defendants have pleaded not guilty.

They held the protest on the track in Northamptonshire, central England when the race had been suspended because of a serious accident.

Most of the cars had already passed when they staged the sit-in but two vehicles with Japan’s Yuki Tsunoda and France’s Esteban Ocon at the wheel drove past during the protest, the prosecution told the court.

The jury was shown footage of five protesters briefly sitting on the track before marshals dragged them away as two cars hurtled past.

The sixth activist was found in a car park with a cable tie, glue and a ‘Just Stop Oil’ banner and is accused of being involved in the protest.

Lawyer Simon Jones said the protesters’ actions caused “an immediate risk of serious harm”, both to themselves, the marshals and the drivers.

“Plainly they could have been struck by fast-moving vehicles with obvious severe consequences,” he added.

“We say that their actions also caused risk to the drivers themselves and the marshals,” he added, saying the protesters “deliberately chose to create and caused” risk to themselves, the drivers and marshals.