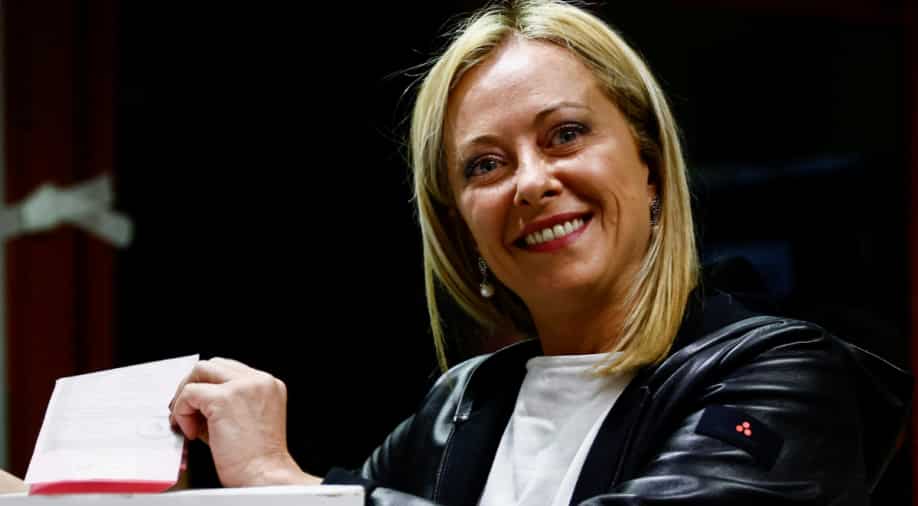 Exit polls on Sunday revealed that the right-wing coalition led by Girogia Meloni’s Brothers of Italy party appeared poised to win a comfortable win in the upcoming parliamentary elections.

As per the RAI exit poll, the coalition of conservative parties secured between 41 per cent and 45 per cent which is sufficient to endure control in both houses of parliament. The RAI’s poll further added that the right-wing would secure nearly 111-131 Senate seats and nearly 227 to 257 seats in the lower house.

Also read | What will be the next steps after Italy elections

If the polls are accurate, Italy would have had its most right-wing government since World War Two, and Meloni would be the first female prime minister of the country.

Meloni downplayed the post-fascist origins of her party and vowed to back Western policies toward Ukraine. However, given the desire to maintain unity in relations with Russia and worries over Italy’s increasing debt, the decision is expected to raise alarm bells in Europe’s financial markets.

Although Meloni is the leader of the largest coalition in Italy and an obvious choice for victory, it may take a bit longer for the new administration to swear in due to the delayed nature of power transfers.

The next prime minister of Italy will head the nation’s 68th administration since 1946 and might face several difficulties, including rising energy prices in Europe.

The results are expected to be announced by early Monday.