Skip to content
HomeWorldIf we are to have a future, climate justice needs a legal footing 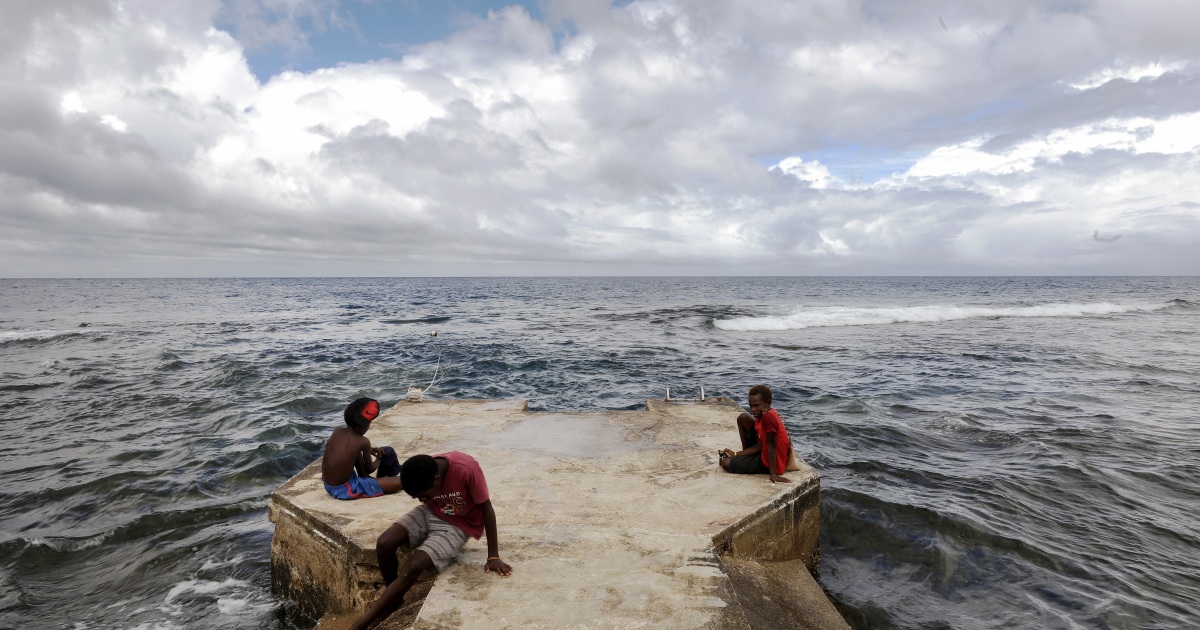 Most, if not all societies, are traditionally founded on respect; respect for each other, and respect for the natural world that ultimately sustains us all. In Vanuatu we do not see the ocean as a resource to be fished to extinction, but as a bridge between cultures and between generations. A bridge to be used, but not abused.

Unsustainable and exploitative practices threaten this balance. Vanuatu, like other climate vulnerable nations, is paying the highest price. A child born today will, by the end of their life, look out on an ocean without living coral. The waves will lap ever higher around their feet, as the ocean rises faster and faster. The rising sea will ruin our freshwater supply, our crops and our fishing. For many proud nations, abandoning homes and ancestors may be the only available response.

It is not news that fossil fuel and environmental destruction-caused climate change is creating this reality. Everyone who follows science knows it to be the case. Everyone who follows climate politics knows that action is not matching up to words. Leaders from countries whose carbon emissions are far greater than ours make speeches about being “climate change leaders” and then sanction the opening of new oil and gas wells. Time to take decisive action is running out.

In Vanuatu, we have considered our options for action. We have decided to seek clarification on existing international norms which already provide legal protections for our people, and people everywhere, against the climate crisis. Only last year the UN Human Rights Council agreed that the right to a healthy environment is a basic human right. If that is so, then failure to address the climate crisis and protect the Earth’s climate system is surely undermining fundamental human rights, in breach of legal obligations.

This year we plan to call on the United Nations General Assembly to request an advisory opinion from the International Court of Justice. We want the learned judges to issue a legal opinion on the rights of present and future generations to inhabit a world that is not ravaged by climate change effects. An advisory opinion could be the very motivation states need to take the decisive action essential in this decisive decade. It will provide much-needed support for the crucial Paris Agreement process – which itself references climate change’s effect on human rights.

The Commonwealth Heads of Government meeting, which Vanuatu will be attending this week in Rwanda, brings together leaders of climate change-afflicted nations from many parts of the world. Across small islands in the Caribbean and the Pacific, we are already seeing higher and stormier seas, ocean heatwaves and acidifying seas lethal to marine life, and storms strong enough to wipe out an island’s entire agricultural production. African and Asian countries face rising temperatures, drying soils, and the spread of devastating diseases affecting humans, animals and crops. In some locations, life outdoors will become literally unbearable as heatwaves intensify.

All of this affects our people, livelihoods and economies. The effect on future generations will be stronger still. But still the big-emitting countries fail to respond adequately. At the United Nations climate change summit in Paris seven years ago, we, the island nations and the least-developed countries, demanded that prosperous nations cut emissions so as to keep global warming to 1.5 degrees Celsius. They agreed to “pursue efforts” to do so. Seven years on, we ask: where are those efforts? Ambition was not one of the results to be found at the recent climate negotiations in Bonn in June 2022. The majority of scientists have produced evidence that low-ambition policies now in place will heat the world by almost double the 1.5 degrees Celsius terrifying limit we have collectively embraced to keep our islands inhabitable.

Is it fair that peoples of the most vulnerable nations, who did the least to cause it, are suffering the gravest human rights consequences? Is it just that future generations will inherit a damaged and more dangerous planet than we ourselves received from our parents?

In order to bring climate change to the International Court of Justice, a majority of countries must back our call at the upcoming UN General Assembly’s 77th session. Momentum is now building across the globe, and nations large and small have confirmed to us their intention to support the initiative. I welcome the recent endorsement of my brothers and sisters from the Organisation of African, Caribbean and Pacific States (OACPS) representing some of the world’s most climate-vulnerable countries. We know climate change is a global problem, so Vanuatu will continue to work to expand the coalition and make sure it is as inclusive as possible, focused on the core intention to seek clarifications on how obligations under existing international law may motivate increased action.

With water supplies under increasing pressure, crops struggling to grow in ever harsher conditions and heatwaves pushing temperatures beyond human tolerance, I urge my friends across the Commonwealth to join us. If those who continue to cause damage to the climate system do not show their respect for us and for the natural world voluntarily, let the protections enshrined within international law become even clearer to all. We are confident that now is the time to see justice prevail, now is the time to turn the tide and move quickly and justly towards the low-carbon resilient future we all seek.