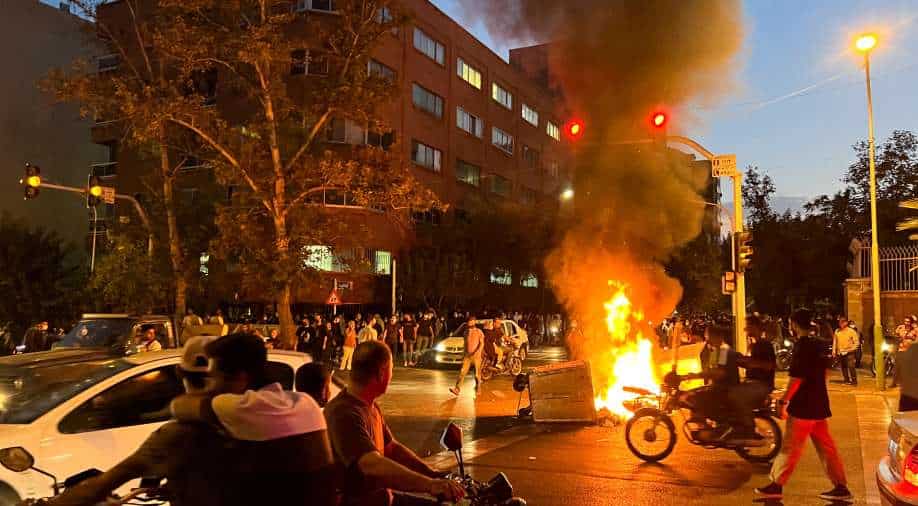 Disobeying the judiciary’s warnings, Iranian anti-hijab protesters marched for the 10th consecutive night on Sunday (Sept 25) to demonstrate their disagreement and anger after the death of young Kurdish woman Mahsa Amini.

The unrest began on September 16 after Amini’s death, and till now, hundreds of protesters, including journalists and activists, have been detained. Amini was detained three days prior to her death, for breaking rules requiring a tightly fitted hijab and outlawing ripped and colourful clothing.

With the Iranian president earlier issuing a warning on Sunday, judiciary chief Gholamhosseing Mohseni Ejei, in a statement, emphasised the need for decisive action without any tolerance against the instigators of riots.

As per the official toll, as of now, nearly 47 people, including protesters and security personnel, have died since the unrest began. However, as per Iran Human Rights (IHR) in Oslo, the fatalities were at least 57 as of Sunday evening, but due to internet outages, it was difficult to confirm the death toll.

On Sunday, web monitor Netblocks reported a “rolling blackout” and widespread internet restrictions on Whatsapp, Instagram, and Skype. This comes after Facebook, Twitter and TikTok have already been banned.

Images and videos shared by IHR and witnesses have been shared online, showing demonstrators yelling “death to dictator”. The protests have been going across the country. In some videos shared of Tabriz, women are shown taking off their headscarves and shouting at the authorities. Not just this, several videos showed female protesters burning their hijabs, and cutting their hair during rallies.

In addition to other places, demonstrations in support of Iranian women have taken place in Paris, Istanbul, Madrid, New York and Athens.

Iran has been subjected to tough economic sanctions earlier and has attributed this unrest to a “foreign plot.”