Skip to content
HomeWorldGermany: Over 300 flights at Berlin’s Brandenburg airport impacted due to labour strike 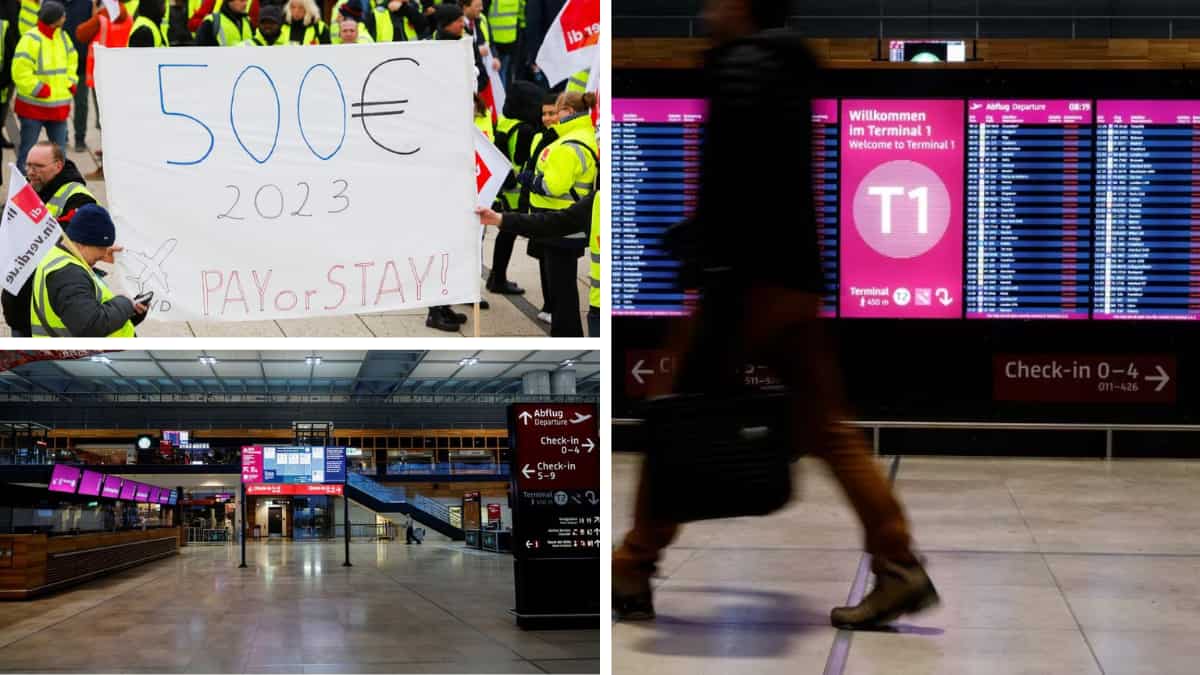 All passenger flights from Germany’s Berlin Brandenburg airport which are scheduled to take off and land, on Wednesday (January 25) have either been cancelled or rescheduled due to a labour strike over a wage dispute. At least 300 flights and as many as 35,000 passengers scheduled to pass through the airport have been affected, as per media reports. It is also the first time since 2018 that strikes have led to so many flight cancellations.

“We hope that the pressure is enough,” said Enrico Ruemker, a representative of the trade union Verdi, that organised the strike. He added, “When you see how high the inflation rate is and consider that the colleagues from this area have not had a salary increase for many, many years, this offer is of course a slap in the face for the colleagues,” reported Reuters.

The walkout began at 3:30 am (local time) when several workers gathered in front of the main terminal building of the airport for a strike which was set to last throughout the day. Meanwhile, the airlines have rescheduled some flights for Thursday and others have been diverted to the country’s other airports in Dresden and Leipzig.

The trade union called on airport staff in ground services, aviation security and the airport company for a one-day stoppage over a wage dispute across three parallels over what they reportedly described as insufficient progress in the talks. As many as 1,500 workers are expected to participate in the strikes, the union had previously said, as per DW.

According to Ruemker, the airport company had proposed a two-year term under which salaries would increase by three per cent on June 1 and by an additional two per cent on May 1, 2024. Meanwhile, the trade union has demanded a 12-month collective bargaining contract under which airport employees and the ground handling services would receive a monthly hike of $540 in their salaries. On the other hand, employers have proposed a much longer contract.