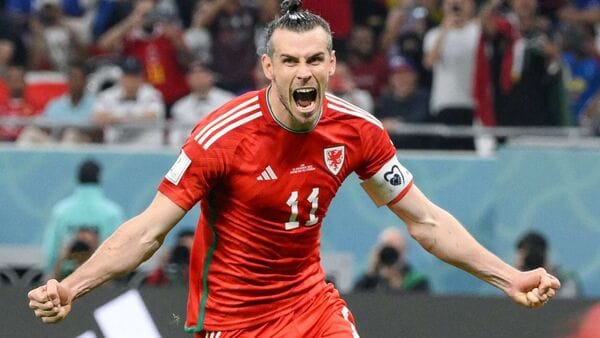 On November 25, Wales and Iran will face each other in a Group B match. Robert Page’s squad are coming from a 1-1 draw against the USA whereas Iran must be still recovering from their 2-6 defeat against England.

Both Wales and Iran are aware of the critical importance of this match. They know that a victory in this match will be a strong step toward qualifying for the knockout stages. It will be more so for Wales, which have qualified for a FIFA World Cup only for the second time since 1958. After 1958, when they qualified for the quarter-finals, the Dragons did not qualify for the final stages between 1962 and 2018. Iran, on the other hand, are a more regular team at FIFA World Cups. This is the fifth they have qualified since their debut in 1978.

Wales did not perform well against the US in the first half; in fact, they were fortunate to remain in the game for the first 45 minutes. They missed several opportunities in the second half before Gareth Bale converted a penalty to score his first World Cup goal. Wales have not tasted victory in the last six games and only won once in nine games. If Bale scores, he will become the highest scorer of his team in a world cup, along with Ivor Allchurch.

This match is absolutely critical for Iran as a defeat, even a draw, is likely to throw them out of the world cup one more time. They are already in a weak position in terms of goal difference due to their 2-6 defeat against England. They must win this match, also against the USA, to qualify for the knockout stages for the first time in world cup history.

Wales and Iran have played only one match against each other, it was an international friendly in 1978. Wales barely prevailed 1-0 in that match.

Wales will depend a lot on Gareth Bale, one of the greatest wingers of his generation. If Wales manage to win this game, they will create history and enter the knockout stages. Bales must play a key role in that. Iran will want Mehdi Taremi to score and go ahead of their opposition early in the game.

The Wales vs Iran match will be played on November 25 at 3:30 PM (Indian time) in the Ahmed bin Ali Stadium, Al Rayyan.

The Wales vs Iran match will be broadcast live on the Sports18 and Sports18 HD TV channels in India and Jio Cinema’s app and website will both offer free live streaming of the event.

Iran have shown tremendous improvement as a footballing force in recent decades. It would be unfair to judge them by the 1978 result. Iran will defeat Wales 2-0 and keep their FIFA World Cup 2022 dreams alive.