The small southern city of Kiryat Malachi, City of Angels in Hebrew, was originally named for Los Angeles, the other City of Angels whose Jewish community contributed much of the early funding to establish this peripheral backwater.

The two cities have never had much in common.

That’s an underlying theme in “Los Angeles Darom,” or “Los Angeles South,” the musical documentary from filmmakers Golan Rise and Sharon Yais currently showing at Cinematheque theaters around the country.

Yes, you read that right. It’s a musical documentary.

The story of “Los Angeles Darom” is told through that of Yosef Khoury, an elder son of Kiryat Malachi, with debts, a failing watch store and a desire to improve his own fate and that of his town by running for the local municipal elections.

Khoury is an engaging, sympathetic character, a charismatic, sensitive dreamer who had a promising future as a child but didn’t fulfill his dreams.

Now 60, he’s something of a disappointment to his parents, but strongly supported by his elder daughter, Ziona, who becomes his campaign manager while dealing with her own share of sorrow and disappointment.

Khoury doesn’t sing his way through the 75-minute film. Neither does Ziona, or the “parliament,” the group of older men, Khoury’s friends, who sit around a local lottery store every day. This is a documentary, after all.

Those who do sing are Gili Yalo, Tomer A Benadam and Yafit Kasai, with words written by Rise and Yais along with composers Ran Bagno and Nadav Rubinstein. Think of it as a Greek chorus in a film about a down-and-out town that wants to finally come into its own.

Rise and Yais are pretty sure they’re the first — certainly in Israel — to introduce a musical element into a documentary.

The two filmmakers, both veterans in the field, were looking to do something fresh and new, and thought of musicals as an element that could work. But they were also dealing with a complicated subject, a downtrodden city plagued for decades by socioeconomic woes.

“You think about the fact that in 1958, Los Angelenos came to Israel and anointed Kiryat Malachi as their twin city,” said Yais. “That fact alone is almost poetic, and it made us think about how these twin cities speak to one another.”

Rise has been thinking about Kiryat Malachi for most of his life; he grew up in nearby Kibbutz Ein Tzurim and returned to live on the kibbutz 10 years ago.

Kiryat Malachi has always been “the city for all errands,” he said. “It’s where you go to the bakery and the bank and the supermarket, that’s our city.”

He and Yais met in 2017 when she edited his film “Elish’s Notebooks” about the his grandmother and his kibbutz. She won the DocAviv prize for her editing work. 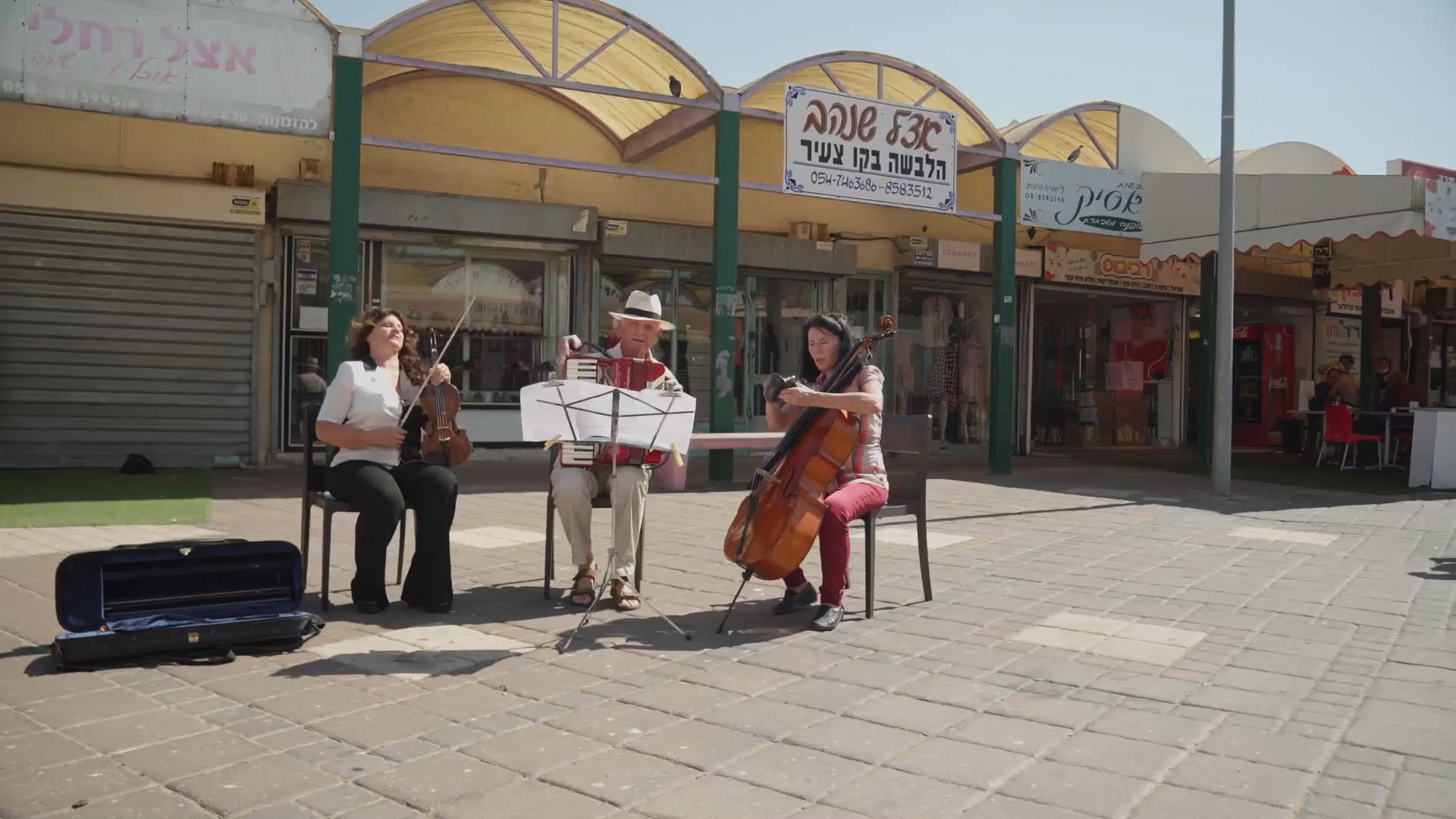 Rise knew he wanted to make a film about Kiryat Malachi and the idea came around again when Israeli channel Yes Docu put a call out for documentary films.

The two made a preliminary visit to Kiryat Malachi, discovering Khoury and the parliament at their usual table, and were curious enough to want to learn more. They were enthralled by Khoury, a religious man who listens to Bob Dylan and has “tons of knowledge but got stuck in his life,” said Rise. “There’s a weight that he carries and we were pulled to him.”

Their early forays into Kiryat Malachi were around the time of the city’s municipal elections, and the race, combined with Khoury’s own struggles with his father, offered a ready-made tale.

The musical scenes are interspersed, carefully, between the action of Khoury’s life and the city’s political race. “Los Angeles Darom” often feels more like a feature film because of Khoury’s natural charisma, his bond with Ziona, and the lack of the usual documentary interviews.

“Life is exposed, the good and the bad, and Yossi is a very complex figure,” said Rise. “He loved the camera, and he felt like he could move and do things.”

At the same time, certain details in their story aren’t made available, because “you don’t have to show the whole story in order to tell the story,” said Rise.

There are questions posed by the film; why didn’t Khoury have more success in his life? Why has Kiryat Malachi remained a low-income development town for so long? 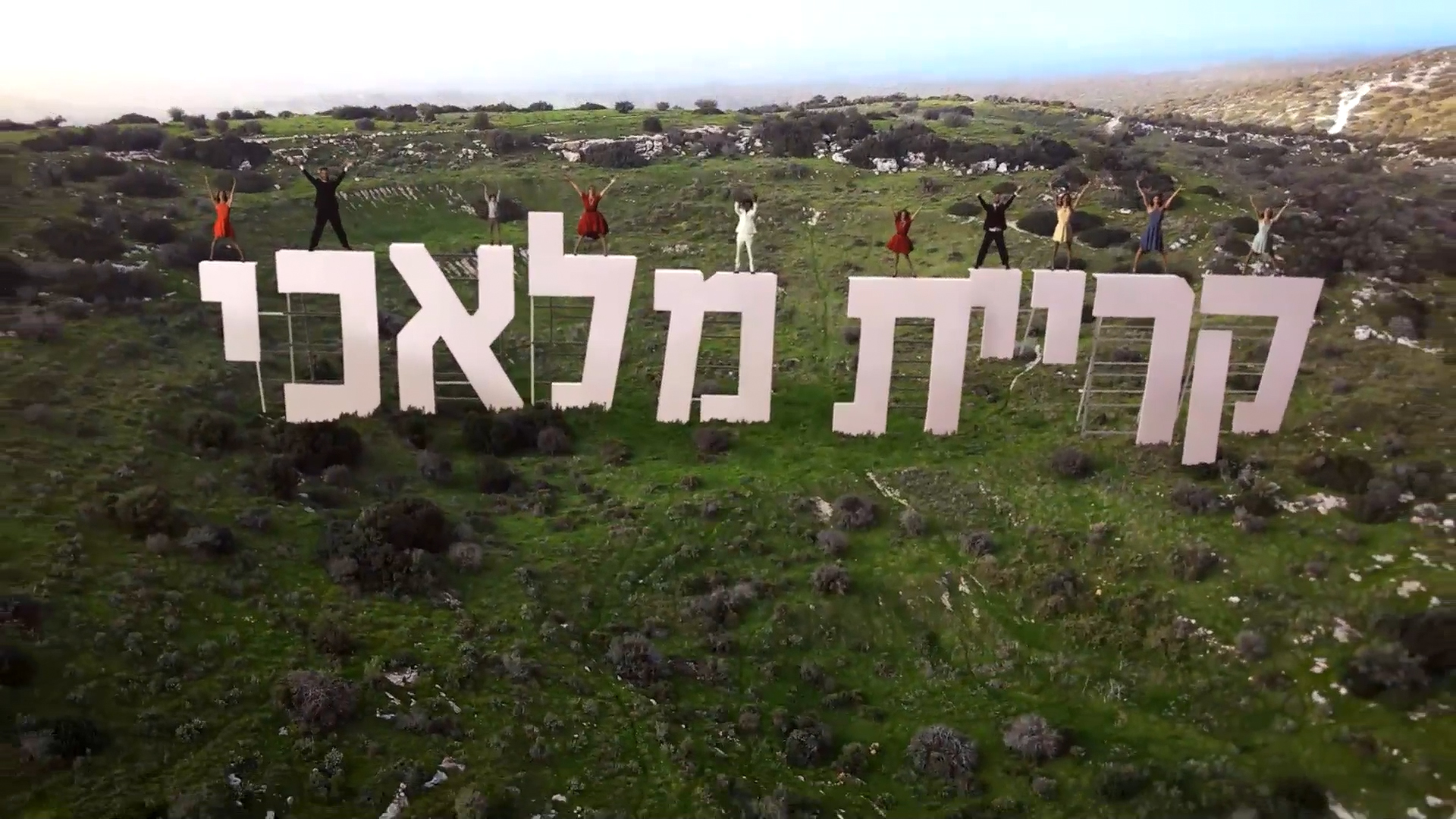 “People often ask why,” said Yais. “That’s the question asked by the documentary. We’re not psychologists and any answer we give will miss out on the other details. This leaves more room for the viewer, and for the filmmakers to be more humble in their approach.”

“Los Angeles Darom” exposes Kiryat Malachi in all of its rundown apartment buildings and empty storefronts, while showcasing one family still eking it out in this nearly forgotten city.

“The city doesn’t come out looking good. The film highlights the issues of [Israel’s] periphery,” said Rise. “How they’re left behind and have no connection to the country’s center and to the success that has happened elsewhere. There’s criticism of that, but Yossi also becomes king for the day.”

“Los Angeles Darom” is being shown in Cinematheque theaters in Jerusalem, Tel Aviv and Haifa throughout the month of June.