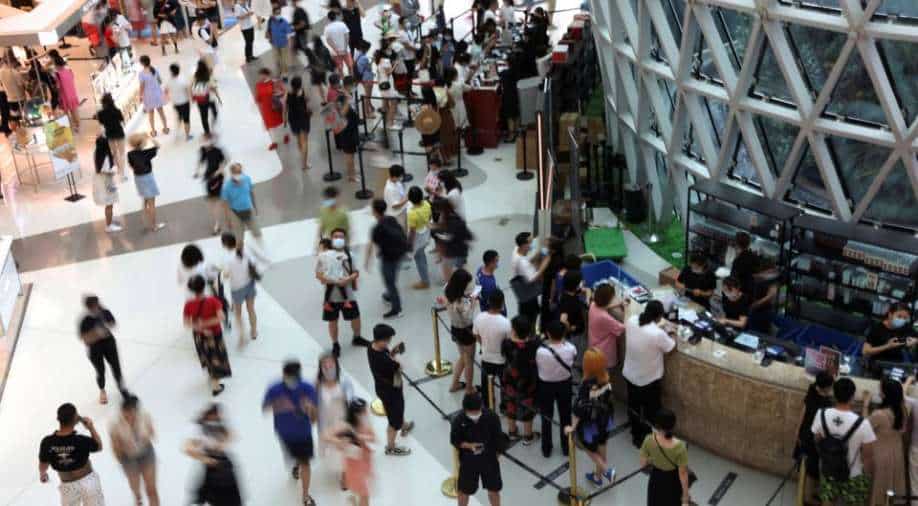 The Chinese authorities imposed a lockdown in Hainan province’s southern beach holiday city of Sanya on Saturday and shut its public transport system as a preventive measure against COVID-19 outbreak during its peak tourist season.

The lockdown comes into force at 6 am after authorities said the Covid situation was “very severe” and people’s movements were being restricted.

The lockdown move follows the COVID-19 virus resurging in Sanya with 257 cases registered on Friday from just 11 two days earlier. Authorities said they had detected the Omicron subvariant BA.5.1.3.

However, there is confirmation when the measures would be lifted.

“We urge the general public and tourists to understand and give their support,” authorities said in a statement on the city government’s WeChat account, reports Reuters.

Almost 80 per cent of flights out of the city had been cancelled by 1 pm on Saturday, according to news.carnoc.com, an civil aviation information website.

In an interview with the state broadcaster on Friday night, Vice mayor He Shigang said that about 80,000 tourists are stranded in Sanya, and that they must have two negative PCR tests taken within 48 hours to leave the city.

The decision to cancel the flights was not received well by the tourists, who took to socla media to vent their frustration.

“My plane was supposed to leave at 9 a.m. this morning but they suddenly locked down the city … I need to go back home to start work,” said one user of the Weibo platform.

However, the official, while addressing a news conference later on Saturday, assured that tourists would get hotels at half price if they had to extend their stays.

Meanwhile, another city in Hainan, Danzhou, announced a partial lockdown starting 2 pm on Saturday, according to a government notice.