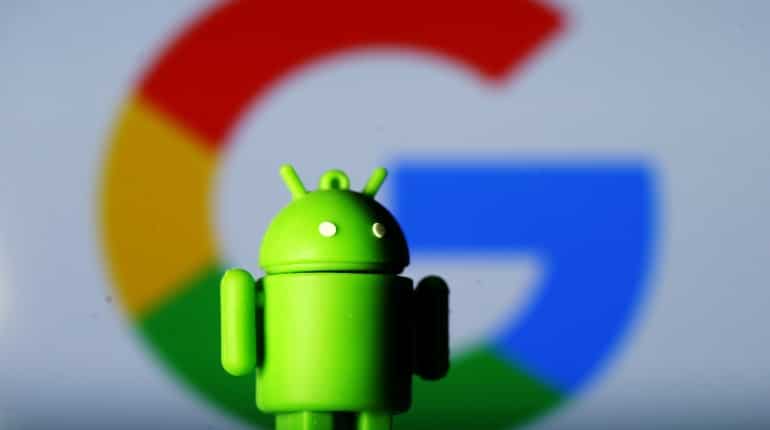 There is a funny story on Mullah Nasruddin that comes to mind after the Competition Commission of India’s (CCI) ruling on Alphabet Inc, owner of Google, which has been fined Rs 1338 crore ($162 million) on charges of using its Android platform monopoly to bundle its own apps on the ubiquitous smartphones that go with the operating system.

One day, the mullah known for his tales of wisdom and humour was found on a sunny morning in a maidan, appearing to be searching for something. A passerby tried to help him and asked: “What have you lost?” The mullah said he had lost his keys, upon which the man joined to help him for a while and then asked, “But where exactly did the keys fall in your estimate?”

“My house there,” the mullah replied calmly, stroking his beard, and pointing to his distant home.

“Then why are you searching here?” the man asked.

“Because the light here is a lot better,” the mullah replied.

Such tales of wisdom abound because we are often looking for something not in the place where we ought to go but elsewhere — and that is what India’s antitrust regulator seems to have done in what appears to be a copybook ruling on Google that is contextually flawed while being conceptually understandable.

To unravel this paradox, you need to understand that Google is essentially a search monopoly but a globally significant “ecosystem” player in the proliferation of smartphones that has benefited all sorts of people from farmers and bakers to electricians, students, and rural artisans. It is nearly impossible to imagine how working from home became a revolution during the Covid-19 pandemic worldwide without giving the Android platform a significant role in it.

That does not mean Google is a selfless angel. It just means that we need to look at the nuances of what is now called the attention economy and the digital ecosystem to figure things out. The simple fact is that the social impact of the Android ecosystem is so deep, vast, and beneficial, especially to India where the giant has done so much good work in helping Indian language computing and a demographic transition, that it is better described as a surge engine than a search engine. Given this, any attempt to police irregularities must weigh the costs and benefits as well as the strange business of digital products in which human attention and convenience are of paramount importance.

In arguments before the CCI, Google correctly pointed out to Apple and pitted its Android against the iPhone maker’s elite iOS. However, that argument is tricky because Android now has a vastly higher market share (71.6 per cent) in the smartphone ecosystem against iOS (27.7 per cent). The point is that a simplistic market share-based approach to assessing what is essentially an infrastructure platform is flawed, though we do need to ask some searching questions on Internet and operating systems to arrive at a meaningful conclusion.

We need to get some historical details in the right chronological order to understand this better. In the early 1980s, Apple came up with the desktop Mac computers that revolutionised computing in the US, which led to Microsoft teaming up with IBM to globally proliferate what became known as the PC, or personal computer, enabling dozens of manufacturers to load a cheap operating system that made the PC ubiquitous.

However, when the Internet happened with its open protocols, both Apple’s completely in-house ecosystem and IBM-Microsoft’s partnership-based ecosystem based on the DOS (Disk Operating System) and its graphic successor, Windows, entered a new phase. The browser became the new hunting ground, and the game essentially shifted from office productivity to pervasive computing in which all sorts of people could do all sorts of things.

But it is important to remember that Microsoft and IBM offered DOS and Windows cheap on a use basis, not exactly free, while Google claims almost correctly that Android is substantially free. The official gospel goes: “Anyone can download, customize, and distribute the Android source code at no cost. This lets manufacturers build mobile devices at lower costs.”

However, mobile manufacturers often pay third-party testing fees to Google for using its software, ranging as per a Guardian report between $40,000 and $75,000. I would argue such fees are minuscule compared to the kind of revenues generated by manufacturers such as Xiaomi, Samsung, and a host of others riding piggyback on Android and even sneaking in their own partner apps into handphones. You need to look at the fees paid as a share of the revenues and benefits it helps generate.

It is Google’s search monopoly that is more tricky — or perhaps, its Chrome browser that increasingly bundles in a Gmail account, the Android OS and the search box in what I would call a loop of cognitive convenience.

Do you mind if the garlic bread comes free with pasta, or if you get dal free with a roti-subzi combo (as it used to be in many of northern India’s roadside eateries)?

The problem is that — as the saying goes — “When some product is free, you are the product.” In the case of Android and its bundled apps, your attention itself is the product. As long as you share it consciously (like your data), Google is a benefactor, not a hustler or stalker.

In the peculiar case of India, a populous developing country, Google has helped more than hindered the digital revolution. Going forward, it needs to be increasingly policed but I would say imposing a simplistic fine on it is not the right way to go. Taxing it more might make more sense, especially on its advertising side. Alphabet’s search monopoly and data privacy challenges need more regulatory intervention than its apps, though it must be remembered that a search engine is also an app. Increasingly, it is all connected.

In a separate case in 2018, the CCI imposed a fine of Rs 136 crore on Google for abusing its dominant position in search, saying the engine “allocated disproportionate real estate” to sponsored flight results putting travel content players trying to gain market access. That was a clear case of “paid search” undermining neutral search.

Compare that now with the CCI’s latest ruling, in which the regulator says the search engine app and the browser bundled under its mobile apps agreement with manufacturers accorded “a significant competitive edge to Google’s search services over its competitors.”

We now have to look back at Microsoft having running battles with European regulators in a series of cases for trying to bundle or force its own Explorer (now Edge) browser or other apps through its Windows platform monopoly. The latest CCI ruling in India on Android is in line with that, but it is important to remember that it is precisely the controversial bundling with Android that has created a positive social proliferation of computing and mobile apps in India and other parts of developing Asia. According to Counterpoint Research, Google’s Android operating system runs on 97 per cent of India’s 600 million smartphones.

The big question is whether CCI should use first-world yardsticks to assess digital platform economics in developing economies. There are no easy answers in a dynamic context, but I would prefer a stronger tax regime to a fine, including a so-called Google tax aimed at tax avoidance on profits and royalties.

Another way to do this is to set a timeline for unbundling apps or use funds from increased taxation or imposing a platform fee to enable state-subsidised access to less privileged sections, along the lines of India’s own universal service obligation (USO) rules framed in the past to promote rural telephony.

It is time for higher courts that consider public interest to examine this and for policy-makers interested in higher social impact to take this up with the longer term in mind. The CCI’s new ruling may be a case of India falling between the two stools of business regulation and social impact.