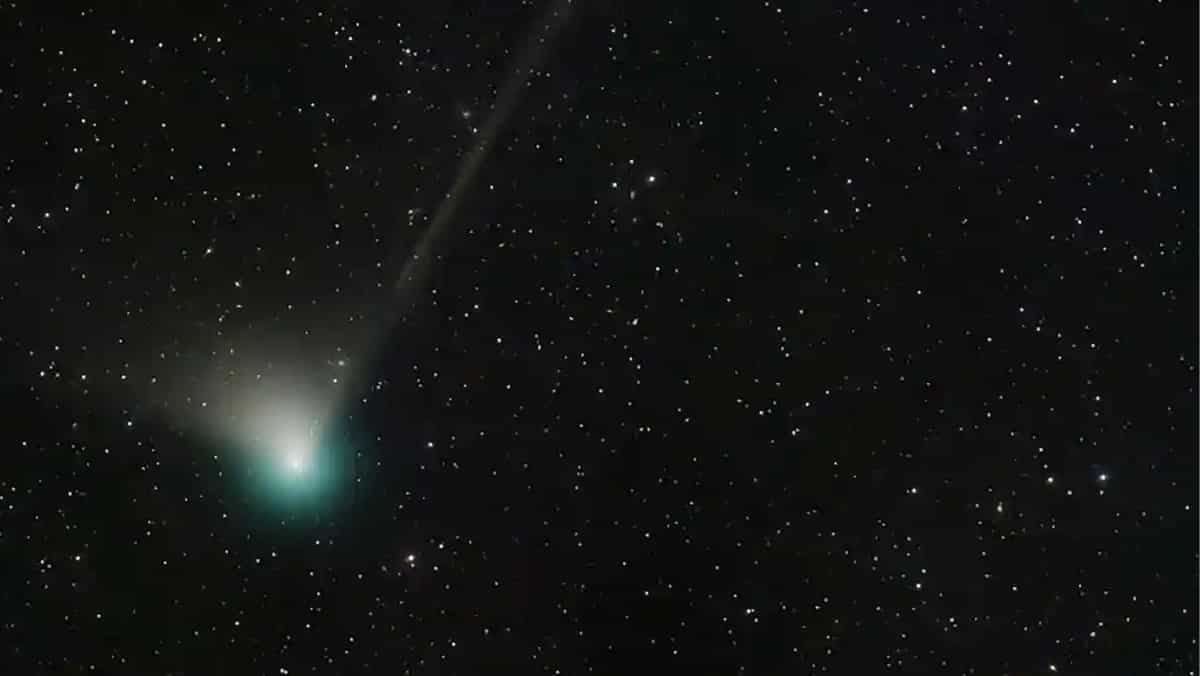 A rare glowing comet is making a trip back to planet earth after a long gap of about 50,000 years. For all the stargazers, you can catch the glimpse of the glowing comet as it will be closest Wednesday and Thursday next week. How close will the comet be to Earth? Well, the exotic comet will shoot past the planet at a mere distance of 2.5 light minutes which is just 27m miles.

The green comet was calculated to orbit the sun every 50,000 years which means the last time the comet tore past our planet was in the time of the Neanderthals. The comet comes from the Oort cloud and gets its beautiful green glow from diatomic carbon (pairs of carbon atoms that are bound together) that is present in the comet’s head. When the ultraviolet rays of solar radiation fall on the comet, these molecules emit green light.

The comet was visible last month as well however the glow was not much due to the large distance from our home planet. Astronomers captured pictures which showed the head of the comet’s body, its long more tenuous ion and a dust tail. However, as it is set to approach the earth, the comet will be glowing more and can be seen from the naked eye.

Comet C/2022 E3 is visible in the northern hemisphere and as the sky gets darkens in the evening, it can be seen below and left to the Plough constellation handle. Next week, the comet is heading for a fly-by of the pole star which is the brightest star in Ursa Minor.

With no definite window for viewing the charming green glowing comet, it is most likely to be at its best on 1 and 2 February. Later, by the middle of the month, the comet’s glow will be dimmed again as it gets back into the solar system to the Oort cloud.