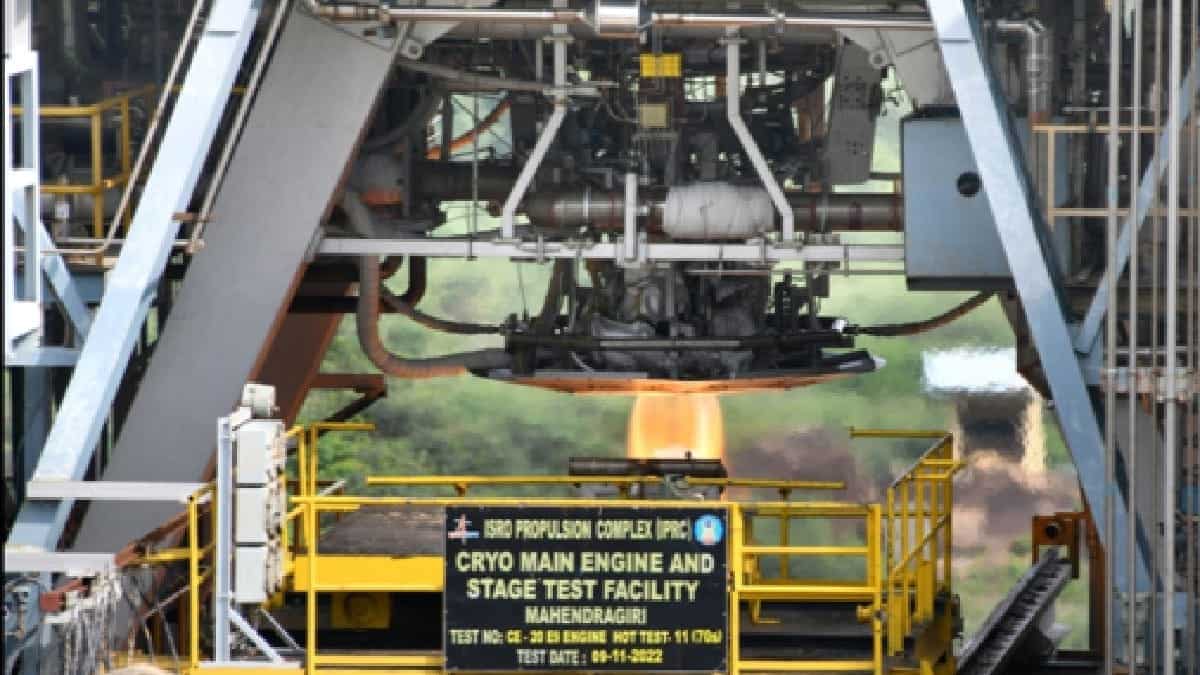 What does it mean for ISRO?

This successful test means that this engine is capable of generating more thrust and can lift much more payload mass to space. The CE-20 engine forms the uppermost (third and final) engine on the LVM3 rocket, which by far is India’s heaviest launch vehicle.

In simple terms, a rocket’s thrust is the force that moves the vehicle through the air and through space. Thrust is generated by a propulsion system (rocket engine) based on the application of Newton’s Third law: “For every action, there is an equal and opposite reaction”. The rocket engine generates thrust towards the ground and the rocket travels in the opposite direction (skywards).

According to ISRO, the indigenously developed CE20 Cryogenic engine has been subjected to a successful hot test (firing) at an uprated thrust level of 21.8tonne for the first time, on November 9th, 2022. The space agency also added that the LVM3 rocket can carry 450kg of additional payload, because of this new development in terms of enhanced thrust. Correspondingly, the rocket would have to carry more Cryogenic fuel of Liquid Hydrogen(LH2) and Oxidizer Liquid Oxygen (LOX) to power the Engine for the higher thrust requirements.

“The major modifications carried out on this test article(engine) compared to previous engines was the introduction of a Thrust Control Valve (TCV) for thrust control. In addition to this 3D printed LOX and LH2 turbine exhaust casings were inducted in the engine for the first time” ISRO said.

During the test firing, the engine was first fired at nearly 20 tons of thrust for the first 40 seconds and then the thrust was increased to 21.8 tons, by moving the thrust control valve.

The GSLV Mk3 rocket or LVM3 is a three-stage heavy lift launch vehicle developed by ISRO. The vehicle has two solid strap-on motors(burns solid fuel), a core-stage liquid booster (burns a combination of liquid fuels), and a ‘C25’ cryogenic upper stage(burns liquid hydrogen with liquid oxygen). LVM3 is designed to carry a 4-ton class of satellites into Geosynchronous Transfer Orbit (GTO) or about 8 tons to Low Earth Orbit (LEO), which is about twice the capability of its predecessor, the GSLV Mk II.