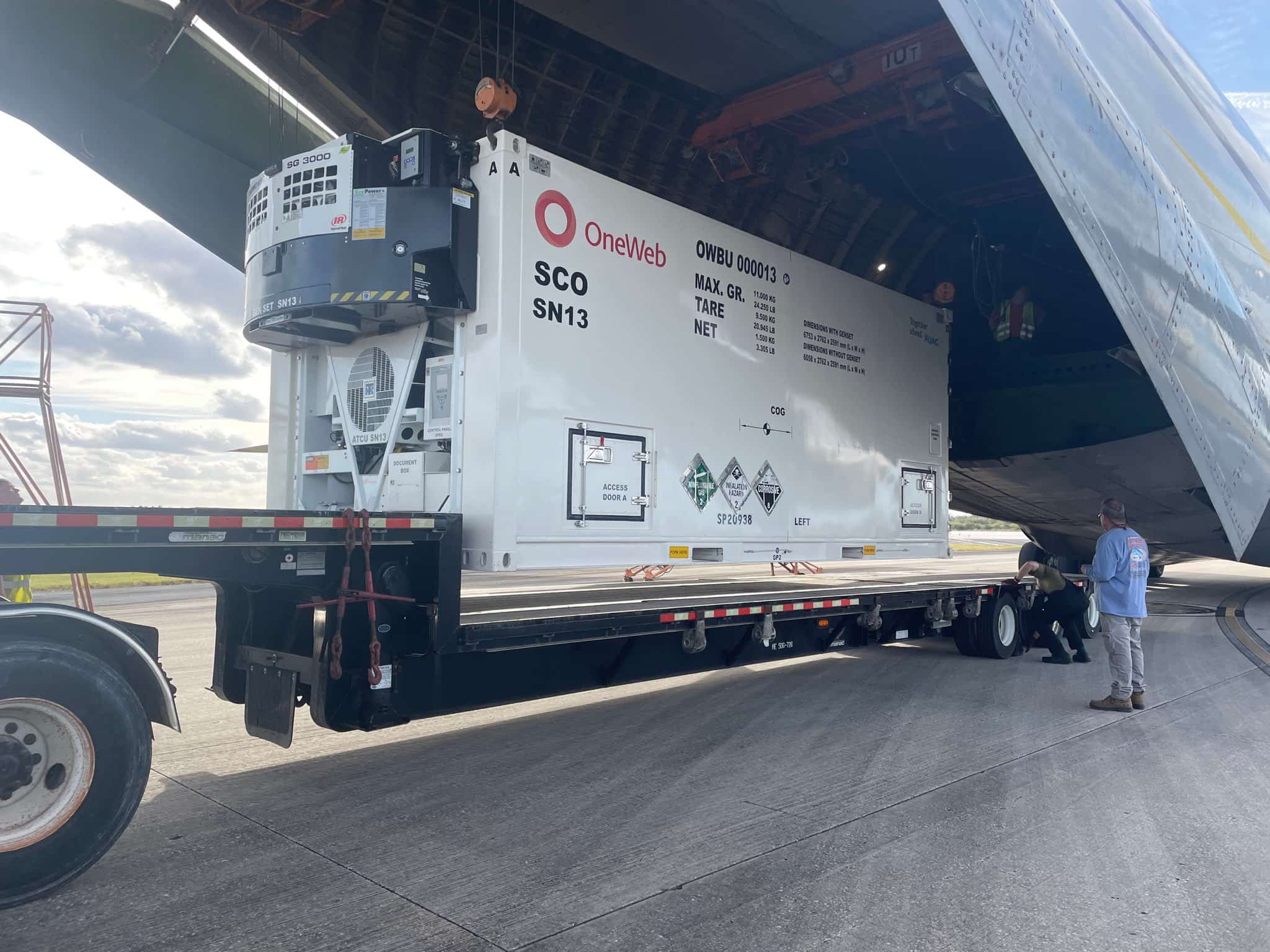 India’s heaviest rocket LVM3 (also known as GSLV Mk3) is likely to take to the skies in early March, as part of its second commercial launch. This launch is part of a commercial deal between UK-based satellite broadband firm OneWeb and ISRO’s commercial arm NewSpace India Limited (NSIL). The deal is worth approximately USD 122.65 million (INR 1,000 crore), and involves the launch of 72 satellites in two batches of 36 each, on board the LVM3 rocket. While the first LVM3/OneWeb launch was successfully completed on 23rd October 2022, the second launch is slated for March 2023.

Massimiliano Ladovaz, Chief Technology Officer, OneWeb revealed that the second batch of 36 satellites have been loaded onto an Antonov-124 cargo aircraft, after being transported from the Airbus OneWeb Satellites factory in Florida. The Antonov plane will be heading for the southern Indian city of Chennai, which is at a motorable distance of 100 km from India’s Spaceport Satish Dhawan Space Centre. The aircraft is expected to land in Chennai during the late hours of 27th January, Friday.

Speaking to WION during the maiden commercial launch of LVM3, Sunil Bharti Mittal, Chairman, OneWeb had said that his company looked forward to getting authorisation for commencing satellite-based internet services in India and that they were hoping to roll out the service by May-June 2023. He had added that discussions were underway with the government on technical matters like spectrum allocation, etc.

OneWeb is a global communication network powered from space, enabling connectivity for governments, businesses and communities. The firm is implementing a constellation of Low Earth orbit satellites, which will be arranged in 12 orbital planes with 49 satellites in each plane. This constellation will have a total of 648 satellites. India’s Bharti Enterprises serves as a major shareholder and investor in OneWeb.

The second commercial launch of LVM3 will be another opportunity for India’s largest rocket to prove its reliability and performance. Notably, the LVM3 has delivered successes in all of its five missions to date and the upcoming launch in early March would be its sixth. The same LVM3 is also being modified and human-rated to be able to execute the Indian astronaut mission ‘Gaganyaan’, thus indicating that it is a launch vehicle that India pins huge hope on for both national and commercial missions.

The GSLV Mk3 rocket or LVM3 is a three-stage heavy lift launch vehicle developed by ISRO. The vehicle has two solid ‘S200’ strap-on motors (burns solid fuel), an ‘L110’ core-stage liquid booster (burns a combination of liquid fuels) and a ‘C25’ cryogenic upper stage (burns liquid hydrogen with liquid oxygen). The LVM3 has a lift-off mass of nearly 650 tonnes and is capable of placing payloads weighing 10 tonnes in Low Earth orbits (approx 600km above Earth’s surface) and 4 tonnes to the Geosynchronous transfer orbit (an intermediary orbit from where satellites are lofted 36,000kms above the Earth’s surface).