Skip to content
HomeSportsWomen Are Choosing Wrestling Over Other Sports – FloWrestling 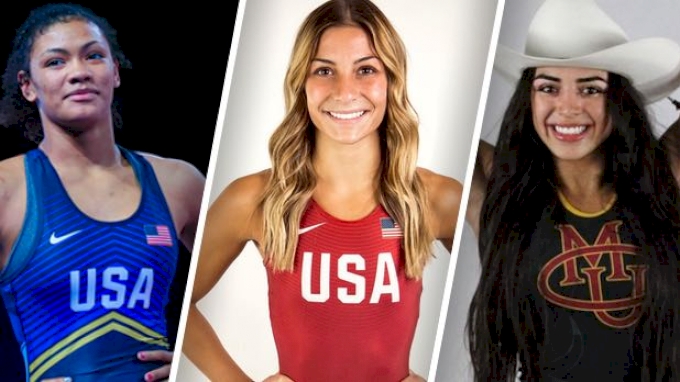 How many times have you heard the following scenarios?

A wrestler tells his or her backstory and it includes rings, ropes, and theatrics. Many entered wrestling thinking that the first day of practice would include slamming someone through a table. They thought wrestling was actually its entertainment-driven professional wrestling counterpart.

They eventually stuck with it and fell in love with the sport.

Or, basketball didn’t work out and there were no other options. Maybe he wasn’t tall enough or she wasn’t fast enough so wrestling came calling.

The above examples are common entry points. Some still don’t understand the wonderful intricacies of wrestling as we do, but they often get hooked once the sport grabs hold.

Finding wrestling through professional wrestling or through basketball isn’t necessarily bad, but there’s a negative connotation that can come with it. It makes wrestlers feel like secondary athletes and that they are simply misfits from another activity that is more popular.

There are other ways to find wrestling, of course. Most likely had a parent, sibling, or friend who participated, which is the best way to find any activity.

Here are quotes from three prominent wrestlers about how they found the sport.

Marissa Gallegos, three-time All-American for Colorado Mesa: “I really thought my judo career was going to be all that I did. I was on world teams for judo and I was committed to that and the next thing you know, wrestling in high school just started to steal my heart. That’s what I love about wrestling: I’m able to be there and nothing else matters.

Korina Blades, 2021 U20 World bronze medalist: “I found wrestling from when I started Brazilian jiu-jitsu when I was four and my sister was five. We went to a big national tournament and there was a boy there that I always lost to and he happened to be a wrestler so I wanted to try wrestling so I could beat him. We fell in love with wrestling super quickly.”

Peyton Prussin, two-time NAIA national champion for Life University: “When I was younger my dad would have UFC fights on and we would bond through watching it together. At the time I wanted to be an MMA fighter so my dad thought I should try it. I was put into jiu-jitsu, judo, Muay Thai, and boxing and I did that for a while.

“My dad said I should try out for the high school wrestling team. I just kind of laughed at it. I thought it was a complete joke. I tried it out and loved it ever since.”

See the pattern? All three started with another one-on-one combat sport before falling in love with wrestling. Wrestling was a logical next step rather than a disparaging reminder about not being good enough or misconceptions about jumping off of a top rope.

This is a positive direction as wrestling continues to find its place among other sports. It’s easier to find crossover with a combat counterpart than it is with team sports that use hoops and nets.

It’s also encouraging that the above wrestlers found something uniquely appealing about wrestling even though they appreciated their paths to get there. Love is a powerful word, and it should feel good to know that wrestling is a leading option among other sports.