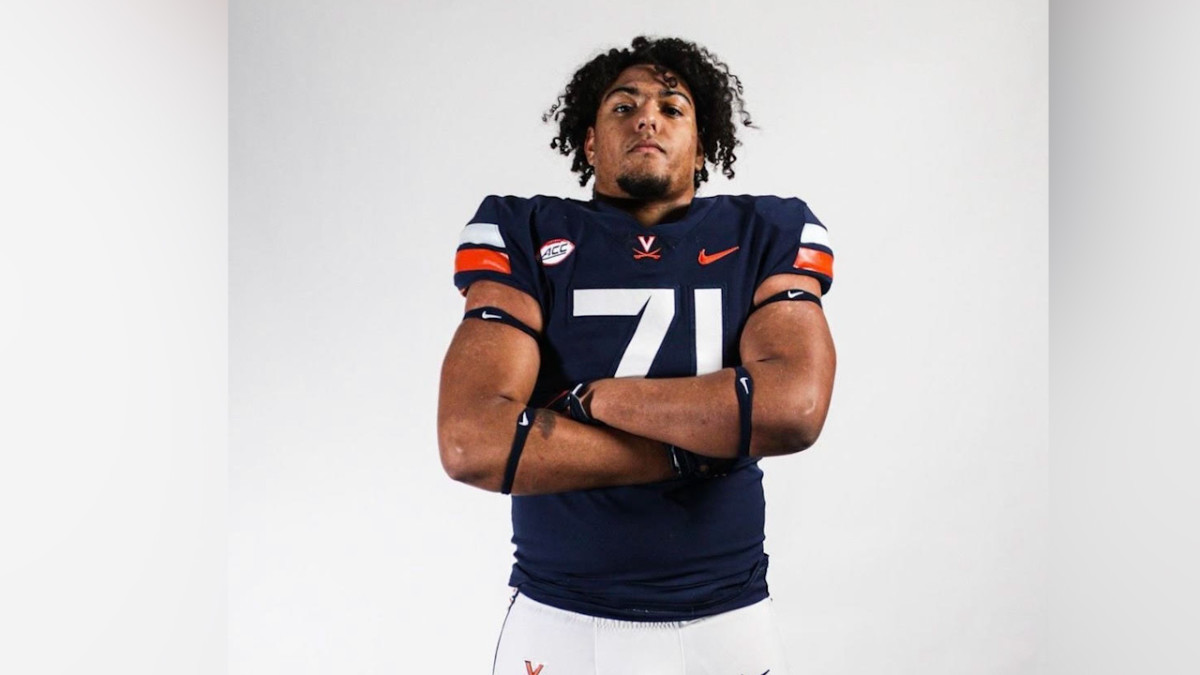 With just a week left until National Signing Day, the offensive line remains a top priority for Virginia on the recruiting trail. The Cavaliers are making a late push towards securing another offensive lineman for their recruiting class of 2023.

UVA offered Jamison Mejia, a three-star offensive lineman from Broken Arrow, Oklahoma, on January 11th and Mejia was in Charlottesville for an official visit last weekend.

Mejia had been offered by 10 other schools, including Navy, New Mexico State, Tulane, Tulsa, USF, and Arkansas State, but Virginia was his first Power Five offer. Following Mejia’s official visit to UVA last weekend, the Cavaliers seemed to be the frontrunner to land his commitment on National Signing Day on February 1st.

That was until Monday, when Mejia announced that Oklahoma State offered him a scholarship, an offer that Mejia has been anticipating for a long time. Mejia is now planning to take an official visit to Stillwater this coming weekend. Virginia will have to fend off this late push from the in-state program in order to seal this pivotal offensive line commitment just before National Signing Day.

To stay up to date on all Virginia Cavaliers sports news, follow CavaliersNow on social media: