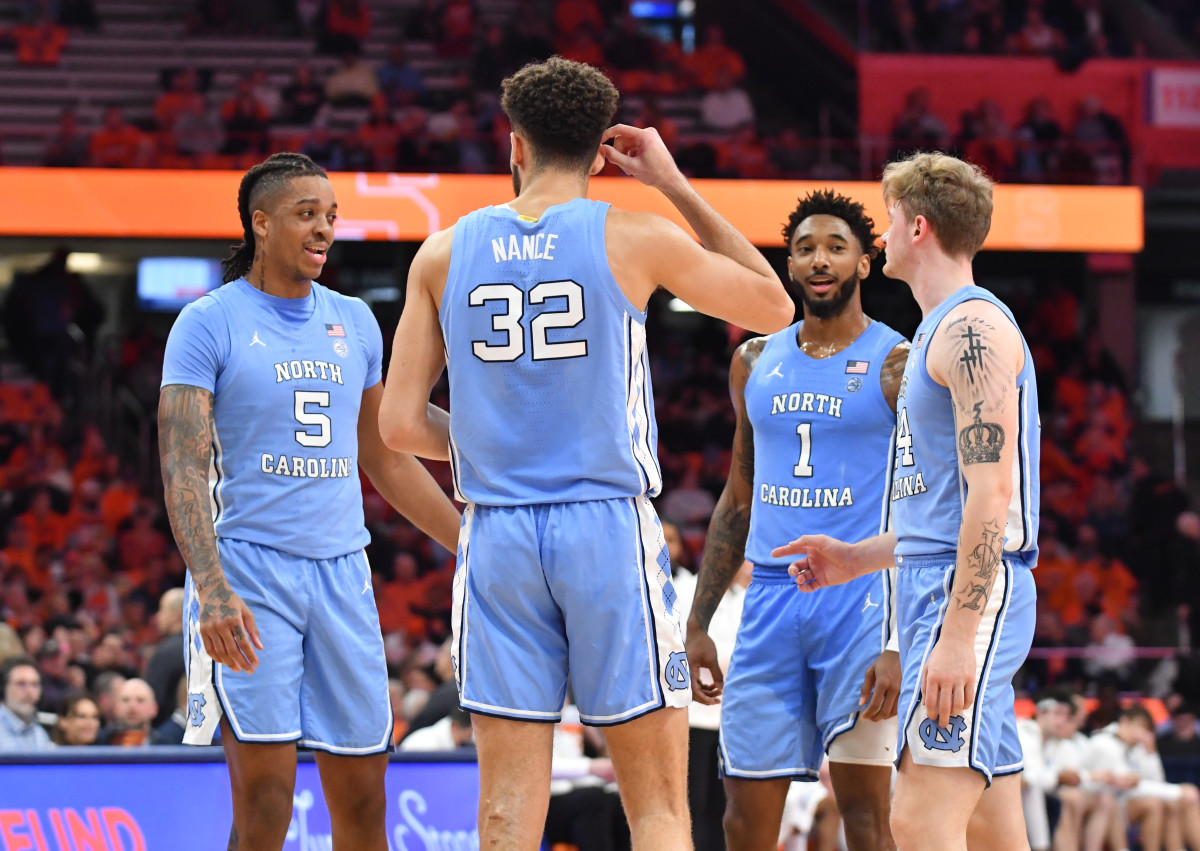 The collection of North Carolina fans far and wide breathed a sigh of relief after the clock hit zero in the Tar Heels’ road victory over Syracuse on Tuesday night.

From their early season struggles to the consistent inability to maintain late leads, their win over the Orange marked much more than their second road triumph of the year.

Now at 15-6 overall and 7-3 in ACC play, North Carolina has shown improvement and reasons to be optimistic over their four-game winning streak.

While yes, R.J. Davis is a “tough little nut,” we learned a lot more in the victory over Syracuse.

The ability to close out a tight game

In three of their six losses, the Tar Heels have possessed leads down the stretch, only to find themselves on the wrong side of the results.

While non-conference play saw North Carolina close out contests again Ohio State and Michigan, it feels as if they have struggled to put teams away on the road.

Away from Chapel Hill, they were 2-5 in games that featured a three point deficit or less in the closing minutes.

After falling behind 68-66 with under two minutes to play, the Tar Heels stepped up to the plate and finished the game on a 6-0 run.

Teams like Pittsburgh and Virginia were able to keep North Carolina at bay after claiming a late lead, but the Tar Heels turned a corner on Tuesday.

It may seem like one game in the standings, but a road victory in a tight contest against a historic program is nothing to overlook.

Caleb Love can breakout at any moment

A big issue or question mark surrounding North Carolina has been the inefficiency and inconsistency of Caleb Love.

His performance on Tuesday night (15 points on 4-of-7 shooting) was his first outing with a field goal percentage of 50 percent or better since Dec. 13 versus The Citadel.

Love hit three three-pointers in the first half and appeared to have more confidence and rhythm to his jump shot.

Aside from having Armando Bacot injured or absent in five of the Tar Heels’ six losses, the lack of efficiency for Love has been the biggest hurdle in them taking the next step.

Love also recorded five assists to just two turnovers and allowed his shots to come within the offense. He did not force himself into a hot start nor did he take an abundance of shots.

It was just the second time all season that he took under 10 shots and yet, he still scored in double figures.

No college basketball player will be consistent every game, but Tuesday night’s performance is a positive sign for the blooming of Love down the stretch, as North Carolina will need him to be at his best to reach their full potential.

There were certainly moments against the Orange in which Nance deserved come criticism, but his production and availability deserve some praise.

Nance played all 40 minutes and scored a game-high 21 points. And while his four rebounds and three assists were productive, his block to go along with four steals were pivotal in the victory.

Although Joe Girard can be credited with the assist, Nance’s game-winning bucket marked his second basket this season in which he tied the game or took the lead for the Tar Heels.

Prior to Tuesday, he had 11 points combined in his two games back after suffering a back injury against Wake Forest.

While Bacot is the best player on this roster and Love can turn into one of the hottest shooters in college basketball in an instant, Nance’s impact down the stretch is as valuable as ever.