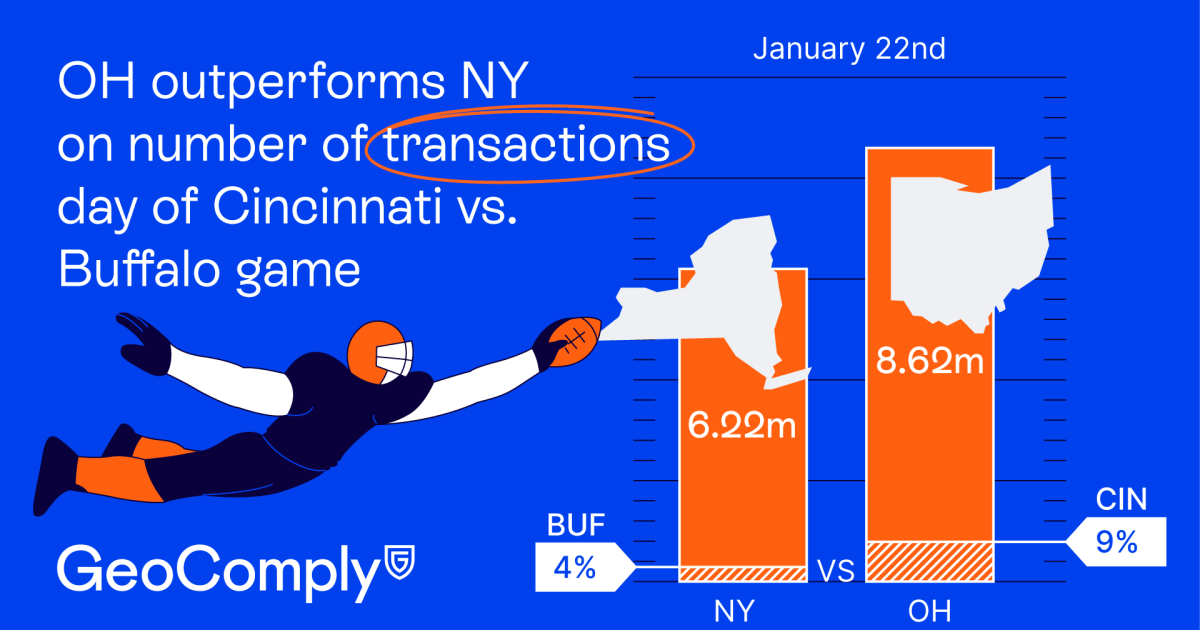 CLEVELAND — Ohioans have taken to sports betting since it’s Jan. 1 launch, but new numbers reveal last Sunday’s AFC playoff game between the Cincinnati Bengals and Buffalo Bills the true impact that sports betting has across the state of Ohio.

GeoComply is a cybersecurity compliance company that provides geolocation checks for mobile sports betting operators. State and federal law require a bettor and an operator to be in the same state to place a bet. This ensures an operator checks but that data also gives them an interesting insight into the volume of people pulling up their sports betting apps.

“We’re licensed by the state but we contract individually with the operators to provide these services,” said John Pappas, GeoComply’s senior vice president of government and public affairs. What they’ve seen in Ohio over the first few weeks he said has been amazing.

“It’s been pretty monumental,” he said. “We’ve been involved in the sports betting industry since its launch in the U.S. and Ohio’s been one of the most impressive market launches we’ve seen. There’s just a lot of enthusiasm and interest there.”

New York state launched sports betting a year ago this month and has been the mobile industry leader, up until this point.

“New York has been kind of the top dog when it comes to geolocation volumes, in terms of handle, in terms of revenue,” said Pappas. “New York has really been at the top but right now at least when we look at geolocation volumes, Ohio is exceeding even that of New York. Whether that’s going to be a long-term thing or just excitement around the launch of a new market remains to be seen but for right now we see a tremendous amount of interest in Ohio.”

That came through on Sunday leading up to and during the Bengals-Bills game said Pappas.

Buffalo accounted for 4% of New York’s total, while Cincinnati accounted for 9% of Ohio. The company is also able to track the number of individual user accounts that were pinged and again Ohio outpaced New York 888,000 to 492,000.

How this will all translate in terms of revenue we won’t know until the end of February when the Ohio Casino Control Commission tells us the January revenue figures will be released.