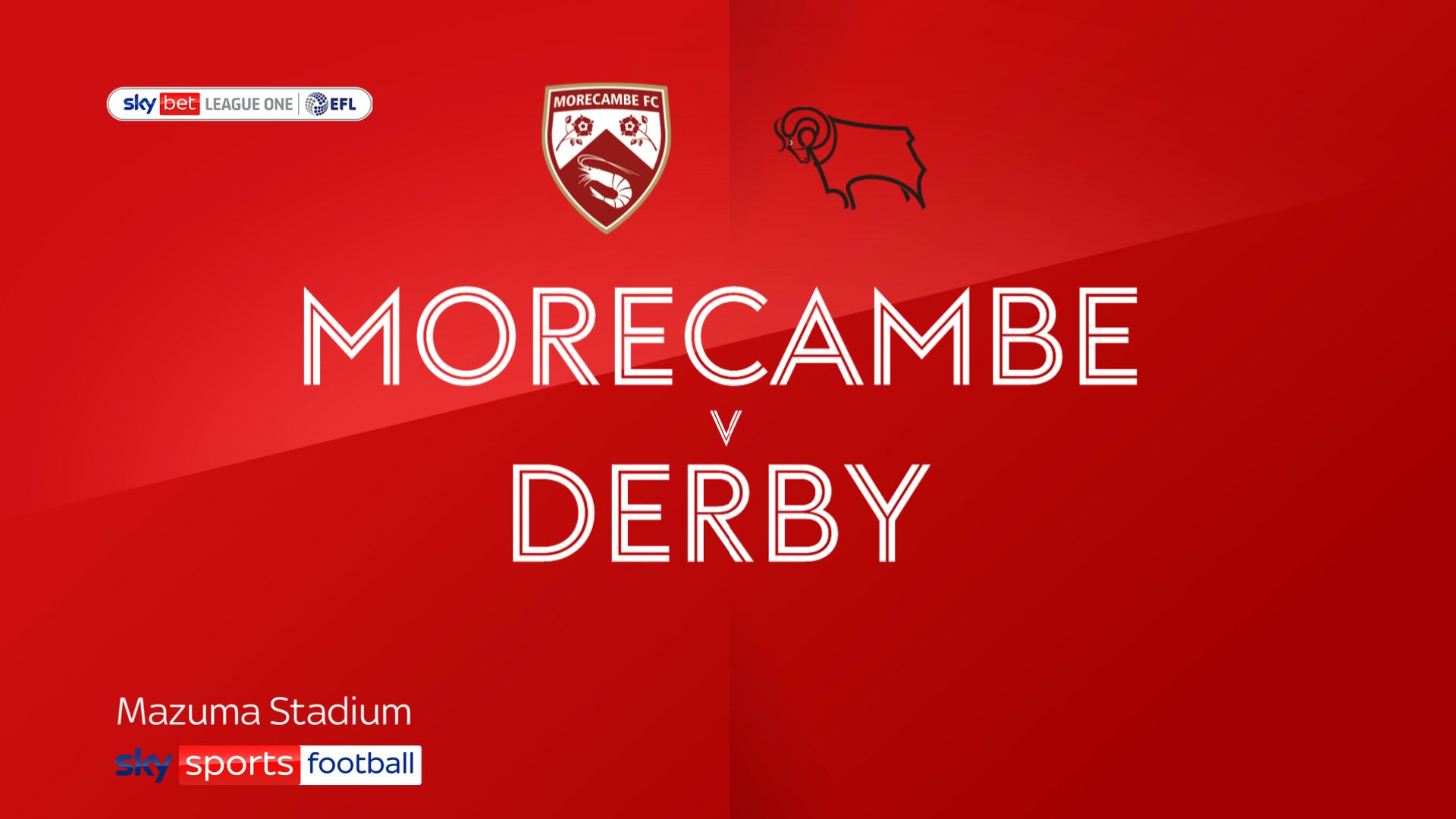 Derby missed two penalties as they were held to a 1-1 draw by battling Morecambe at the Mazuma Stadium.

James Collins and David McGoldrick both saw spot-kicks superbly saved by Connor Ripley either side of the break, with Paul Warne’s team grateful to Louie Sibley for securing the point with a goal just before the hour.

The first miss came in the 37th minute when James Collins saw his effort superbly saved by Ripley after Lewis Dobbin was bundled over in the box by a clumsy Anthony O’Connor challenge.

Morecambe always looked dangerous and they took the lead in first-half stoppage time.

Adam Mayor, making his first Football League start, picked out Jensen Weir on the edge of the area and the Brighton loanee volleyed superbly into the bottom left-hand corner of Joe Wildsmith’s goal.

Derby started the second half on the front foot, with Collins volleying superbly against the crossbar and seeing his follow-up shot handled by Ryan Delaney for a second penalty.

This time McGoldrick stepped up but again Ripley came out on top with another superb save.

Ripley was finally beaten in the 59th minute when Sibley’s shot from the edge of the area took a wicked deflection off a Morecambe defender to fly into the bottom left-hand corner of the Morecambe goal.