Skip to content
HomeSportsJamie Carragher: This England better than my Golden Generation | Jude Bellingham is a future captain – Sky Sports

Ahead of England’s second World Cup group stage game against USA, Sky Sports’ Jamie Carragher reflects on the first week of the tournament and claims Gareth Southgate’s group are better than his Golden Generation.

Are this England better than Golden Generation?

I would agree with what Kyle Walker among others have said this week. They have achieved far more than any squad that I was ever involved with.

When we talk about that Golden Generation, we think of them as great individual players, but football is a team game and we never conquered that in terms of being a great team.

We were a great set of individuals and we saw that for the club sides more than at international level whereas a lot of these lads are taking their form in the Premier League onto the international stage.

If we were called the Golden Generation, these will have to be called something pretty similar. 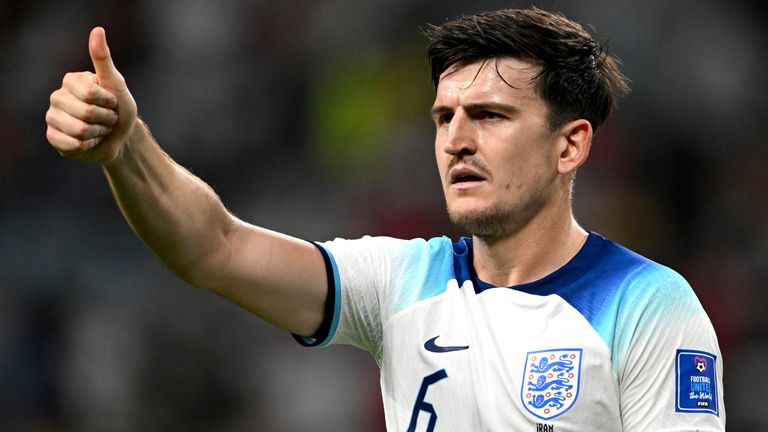 I think the fact that it’s a slower pace I would say at international level helps Harry Maguire.

He will be disappointed with the goal [Iran’s first] of course. He got a little bit too tight to his man who finishes the goal, but you’re just glad that when he came off that it was just [illness].

I had this feeling that there could be an ankle injury or a knee injury because I wasn’t quite sure where it’d happened or where it had come from, and he didn’t look too best pleased when he was coming off.

So I think the fact Harry Maguire and John Stones are together – Stones has been playing at right-back a lot for Man City this season while Harry Maguire’s been in and out of the Man United team – they are still England’s best pair. So that shows the strength in depth at centre-back is maybe not what we want, so it’s imperative that we get Harry Maguire back on the pitch.

You look at the last World Cup, we got so much success from set-pieces and Maguire was a big part of that. Every time that ball comes in if it’s anywhere around him you feel is a good chance of something happening – he should have had a penalty in that first game.

That’s really where England have excelled in the last couple of tournaments set-piece-wise, especially four years ago, so if England are to do well again in this tournament you’ll need set-pieces and they looked really on point on that first game, so hopefully that can continue [on Friday].

I thought it (England’s 6-2 win against Iran) was very impressive especially in the aftermath given the shocks we’ve seen over the past few days.

I know how difficult it is, the first game of a World Cup, no matter who the opposition is – and that applies even more this time as there’s been no warm-up games at all.

I think that’s why we’ve seen some teams get shocked. I think it’s been England’s best start to a tournament since 1982 in Spain. Hopefully they can now kick on again on Friday.

What I think will help England is that this tournament has come in the middle of a season, whereas usually other nations have a winter break and that helps them come the summer time.

I don’t think it’s due them being able to handle the accumulation of games as that’s the norm for all top players in Europe.

Vital Kane is 100 per cent fit 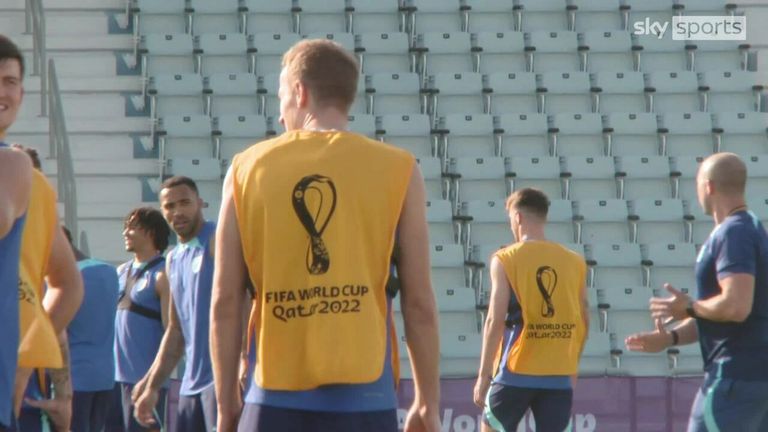 I think it would be a big concern [if Kane couldn’t play] and I don’t think that’s being too disrespectful to the other strikers in the squad as there is a big drop-off to the other players behind Kane.

Over the last five years, Kane has been a world-class striker. He was the top goalscorer in the last World Cup and he’ll be looking to do the same by getting off the mark against the US.

We all know that Kane is one of the first names on the team sheet and the back-up behind him leaves him a bit weaker.

If Kane was to miss two or three games in this tournament, it would be a huge problem so it’s vital we’ve got him back at 100 per cent fit.

Following his early departure in England’s game against Iran, Jordan Pickford tells the media that Harry Kane is back out on the grass with his team-mates

Bellingham can be England captain

To be captain of a club the size of Borussia Dortmund at the age of 19 as a young foreign player in Germany shows you how they feel about him.

I think Bellingham and Declan Rice are going to be the mainstays in England’s midfield for the next two or three tournaments. The two of them will be vying with each other over the next couple of years to see who is the next captain of England.

When Kane eventually gives the armband up and isn’t involved in the England squad, it’ll be either Bellingham or Rice who will be captain.

No one great team – could be won by an outsider 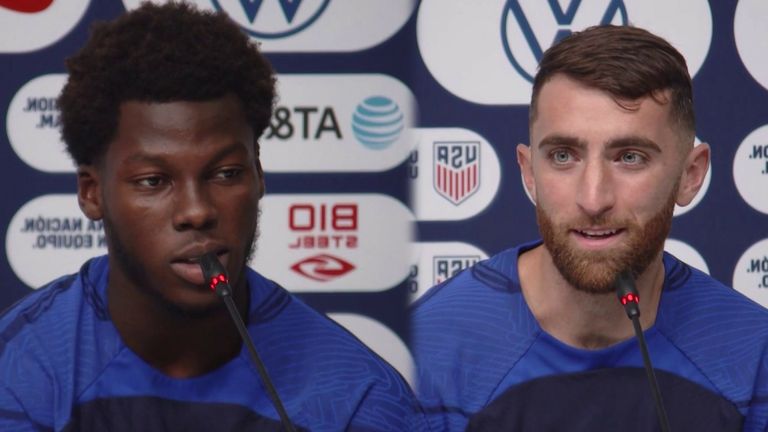 Whenever you go into a World Cup, you always feel only two or three teams can win it, but the fact that it’s a different World Cup in the middle of a season without warm-up games… there doesn’t feel like there’s one outstanding team in this era in the same way we’ve had Spain and France before.

France have the best individuals and the best squad, but they’ve had so many injuries so you feel that might eventually affect them. England are in a group of six to eight teams who on any given day could beat each other. I feel it could be really open.

Gareth Southgate says the England team were not distracted by the decision not to wear the OneLove armband, but insists ‘people know what we stand for’

I was disappointed that Gareth and the players decided not to wear the armband but I can understand it. Ideally, you don’t want Harry Kane on a booking going into a game. Gareth Bale was in the same situation with Wales.

He actually then got booked in the game against USA, so that would’ve meant him being suspended and of course not scoring the goal. So you have to think this through and I’m not going to be too critical of the captains.

A lot of this comes down to FIFA and the country hosting this tournament, which should never have happened. I’ve made my feelings clear about that.

It’s a joke and so if we’re going to point the finger it should be at the host nation and FIFA.

How England can qualify for the round of 16 tonight

England are currently top of Group B on three points having beaten Iran 6-2 on matchday one.

However, Carlos Quieroz’s side are now second in the group and level on points with Gareth Southgate’s team after beating Wales 2-0 in their second Group B game.

If England secure another three points against USA, they will qualify for the round of 16 and would remain in top spot.

But going through as group winners would go down to the final game as Iran could still mathematically finish above England with another win over USA, although it would take a sizeable goal difference swing.

Head-to-head record is the third tie-breaking method at this tournament, after goal difference and then goals scored.