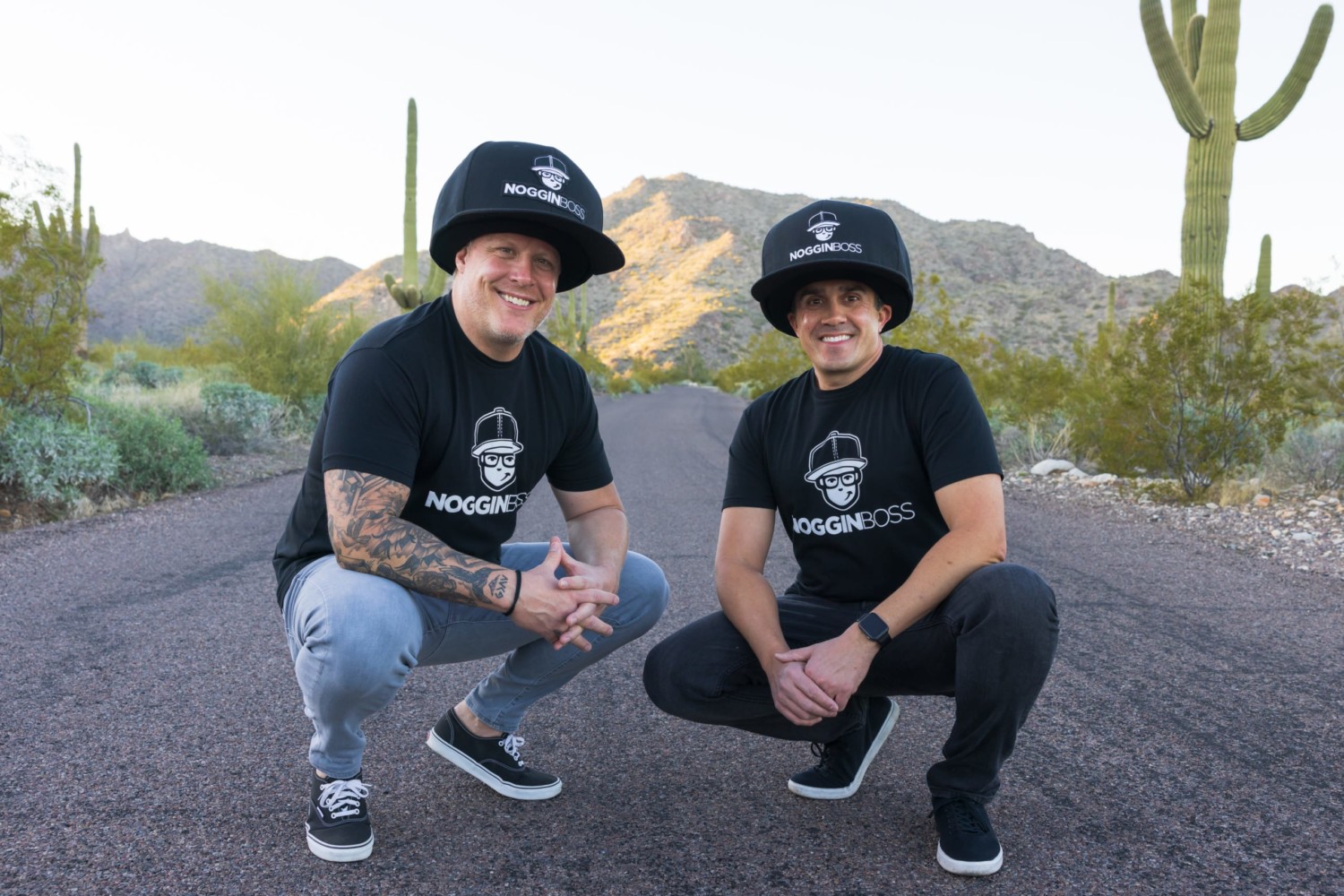 Most recently, it began in late November, when a photo of Washington Commanders RB Brian Robinson wearing a giant hat lit the internet ablaze.

After that, Noggins started popping up everywhere.

Buffalo Bills QB Josh Allen was awarded one from Amazon Prime’s Thursday Night Football crew as the player of the game after Buffalo’s win over New England. Players from the Orlando Magic did a photo shoot wearing the hats. Players from the University of Georgia wore them after winning the SEC Championship.

ESPN’s Scott Van Pelt also notably sported one on SportsCenter, having gotten in on the action long ago when Noggin Boss co-founders Gabe Cooper and Sean Starner were just trying to spread the good word about their product.

“We have planted seeds for years, and we will do whatever it takes to try to find people that we feel would be good promoters of the brand,” Cooper told Front Office Sports. “We literally shipped those years ago to Scott Van Pelt and never heard anything back, but all of a sudden, it resurfaced.”

Those promoters all notably wore Noggins with logos that Noggin Boss is unlicensed to sell — but Cooper says that’s a fortunate piece of serendipity for the company.

Noggin Boss has never sold a hat with an unlicensed logo on it, doing everything “100% above board.”

“Fans will take liberties on their own,” Cooper says. “We are very interested in going down the paths of obtaining the proper [league] licensing ourselves, so we wouldn’t do anything to jeopardize that.”

Of course, the sudden popularity of the brand means that everyone wants one.

After the Robinson photo, several outlets reported that Noggin Boss saw a 2,000% spike in sales. Cooper says that number was misrepresented — but the company has certainly seen a wild spike in orders, especially at this time of year.

“We’re just thankful for the grace that our fans are extending to us during the holiday season, which is crazy enough,” Cooper says.

Noggin Boss was ready for this moment. That’s because its second pivotal moment happened in the studios of the extremely popular television series “Shark Tank.”

Cooper and Starner appeared on the show earlier this year, very quickly striking a deal with apparel magnate Daymond John.

But that wasn’t all: Dallas Mavericks owner Mark Cuban verbally agreed to sell Mavs Noggin Bosses in the team’s store. Cuban held up his end of the deal — and even delayed the Dallas Stars from selling Noggins because he wanted an exclusive selling period for his Mavericks.

The Noggin Boss founders purposely came into the Tank with a very low company valuation — realizing that what John and Cuban could offer them was much more valuable than money.

“These professionals have more connections than we could possibly ask for,” says Cooper, “so why would we disrespect them with an offer that we wouldn’t even give to a friend if we were trying to invite them into the business?”

Cooper also says that the company will have a strong presence during college football bowl season — and that it is finalizing licensing for a much more expansive offering.

How It All Started

But for all of its high-profile moments in the last few months, Noggin Boss’ story really began in early 2020 at the notorious Waste Management Phoenix Open. The raucous atmosphere of the golf tournament provided the perfect proving ground for the product.

“[It] was just such a huge hit, and that was the validation of like, ‘Okay, this is the good kickoff that we needed,’” Cooper says.

That success began to roll over into MLB Spring Training in Arizona — but then, of course, the world shut down because of COVID-19.

But that didn’t dampen Cooper or Starner’s spirit in the slightest. The pair knew they had something here — and they believe it could last in the long term.

Outside of the sports world, Noggin Boss has had a strong presence at bachelor and bachelorette parties, college campuses, and charity events — where Cooper says the hats get auctioned off for over $1,000.

He says the product’s universal appeal will keep it relevant for years to come.

“It just brings so much joy to people,” says Cooper. “We call it the Noggin Boss effect: When they wear it, they have so many smiles and so many conversations with complete strangers. It’s better than any medicine out there.”