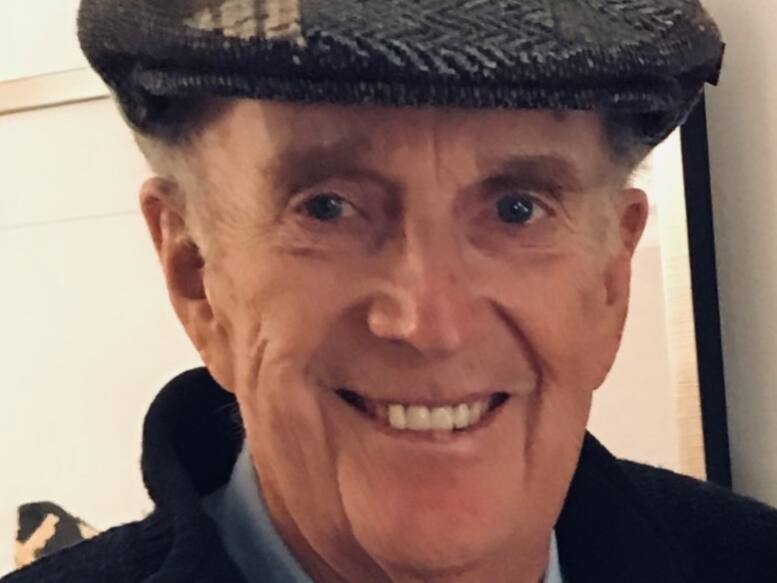 Editor’s Note: Petaluma Argus-Courier sports correspondent George Haire died after a long illness on Jan. 18, 2023. The following obituary was prepared by his family.

George Haire, a teacher and coach for over 47 years and a recent part-time sports journalist for the Petaluma Argus-Courier, passed away peacefully surrounded by family on Jan. 18, 2023.

Born in Fresno in 1936, George was a Central Valley resident until 2007, when he and his wife, Judi, relocated to Petaluma to be closer to their family.

George grew up in Riverdale, where he was a three-sport varsity letterman at Riverdale High School, excelling in basketball. George continued his love of playing basketball at Fresno State University before entering the military in 1957. George served in the US Army until 1959, followed by serving six years in the Army Reserves. He was a proud member of the Army base basketball team and a member of the Presidential Honor Guard in Fort Meyer, Virginia during the Eisenhower Administration.

Following his military service, George returned to Fresno State and graduated in 1960 with a degree in history and a credential in education.

Before devoting the lion’s share of his career to teaching and coaching at Riverdale High School, George had brief tenures as head basketball coach at both Selma and Patterson high schools. At Riverdale, George taught history and government and coached multiple sports teams including boys basketball, baseball, girls basketball and softball. He was a committed coach and proud of the multiple Central Section titles his teams earned. Towards the end of his career at RHS, George also worked as the athletic director, often stepping in when coaches were needed.

After retiring from the public school system, George finished his teaching career with a 10-year period teaching at the state prison in Corcoran.

In 1971, George married Judi Montgomery, and together they raised four children in Caruthers. He shared his love of sports with his children, teaching them to play baseball, softball and basketball and occasionally coaching them. His last role as a coach was with his daughter, Carrie, coaching high school softball at Coalinga in 2003.

In addition to sharing his love of sports, George taught his children the value of hard work and encouraged them to pursue their interests, teaching them to play the piano, instilling a love of music, and over the years attending concerts and plays in San Francisco.

George was a loyal sports fan, frequently making the trek from the Central Valley to San Francisco to watch his favorite team, the Giants, play. His family was delighted that the Giants were able to win three World Series titles in his lifetime.

In 2009, George joined the Petaluma Argus-Courier as a sports stringer, covering local high school and youth sports in the Petaluma area. He thrived in his final years as a sports journalist. He liked nothing more than covering an assignment for the Argus, chatting with his editor John Jackson, the local coaches and players, and writing commentary for his column, View from the Cheap Seats. He would frequently stay up late in his office sanctuary, surrounded by his prized sports memorabilia, finishing up a story to make his deadline.

George was not just a sports fan, but also an avid reader, a classic film enthusiast and a collector of vinyl records. He enjoyed traveling with his family, attending sports memorabilia shows, rewatching Seinfeld episodes, and discovering off-the-beaten-path dining experiences recommended by the TV show “Check, Please! Bay Area.”

He will be remembered for his Bob Newhart-like sense of humor, sharp wit, and ability to take life lightly. To say he was a character is an understatement.

George is survived by his wife of 51 years, Judi; his children, Amy Hale of Petaluma, Julie Houtkooper (Kurt) of Larkspur and Carrie Friesen (Jeff) of Kingsburg; his 10 grandchildren; and his sister, Judy Fitzgerald of Visalia. George was preceded in death by his parents George Edwin Haire in 1977 and Carrie Marie Haire in 2001, and his son Michael Haire in 2008.

A celebration of life will be held Feb. 10 at Hotel Petaluma at 11 a.m. In lieu of flowers, donations may be made in George’s honor to the Miracle League in Petaluma by emailing Sarah Marcia at info@miracleleaguenorthbay.org.