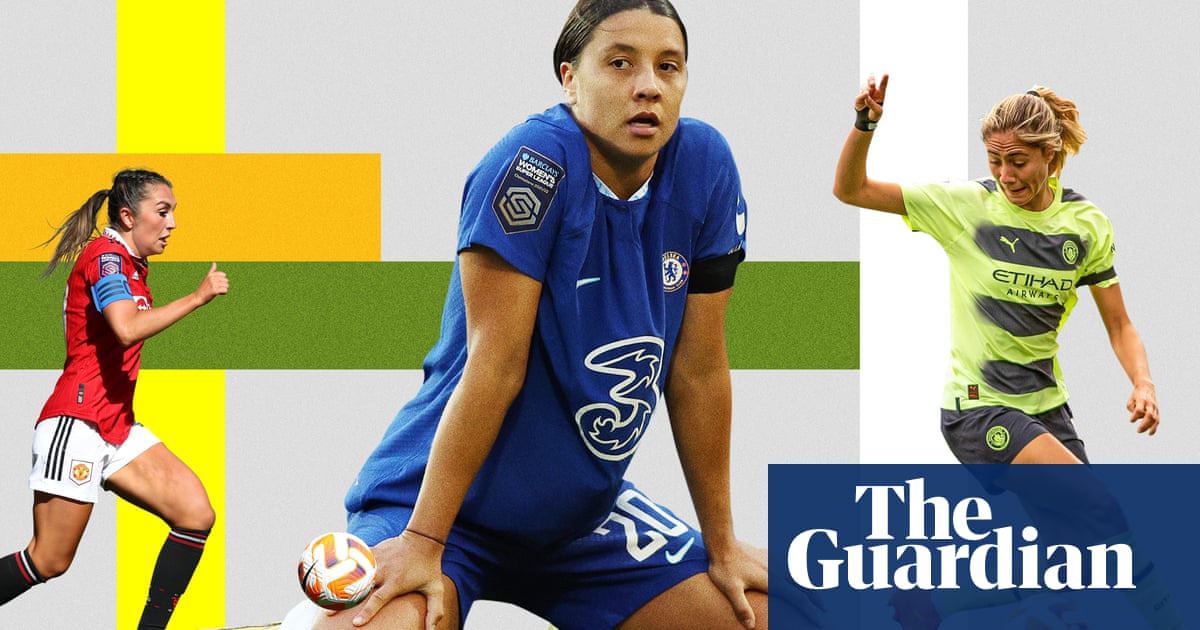 Liverpool were able to recovered from a goal down to stun Chelsea at Prenton Park on their return to the Women’s Super League after a two-year absence. As early as the first minute, chaos ensued. Gilly Flaherty was penalised in the box for fouling Guro Reiten and Fran Kirby converted the spot-kick. It seemed there might be a second for Chelsea. And there should have been when Sam Kerr latched on to a sumptuous ball from Kirby and lifted the ball into the net – only for the flag to be raised and the goal ruled out. Further inspection from fans on social media proved that the decision should not have been called offside, with Kerr marginally ahead of her marker but played onside by another defender. The Australian then had another goal ruled out before Liverpool struck with a penalty of their own, Katie Stengel scoring after a long throw from Megan Campbell was harshly adjudged to have been handled by Millie Bright. Stengel calmly repeated the trick five minutes before full-time to make it 2-1. Maryam Naz

Aston Villa edged a see-saw encounter against Manchester City, with their summer signings Rachel Daly and Kenza Dali leading them to a breathtaking 4-3 victory. Both thwarted the best efforts of a City midfield sorely missing Keira Walsh. Her absence left Laia Aleixandri with too much to do; the Spaniard was unable to stop Alisha Lehmann from opening the scoring in the 22nd minute or Daly from doubling the lead 10 minutes later. City did temporarily disrupt the Villa flow with a goal from Laura Coombs just before half-time and two more shortly after the interval. But a vital strike from Dali and a second from Daly ensured a historic win for the hosts. Villa looked bolstered by their signings. City will have to stew and reconsider how best to use theirs. MN

It took Arsenal a while to find their rhythm against the 10 players of Brighton on Friday night, but when it started to click it did so in resounding fashion. Clearly Jonas Eidevall has benefited from a relatively settled summer, in contrast to some rival clubs who have more closely resembled a revolving door. The press was hungry and organised, the combinations around the 18-yard box smooth and well drilled. And although Vivianne Miedema and Beth Mead will continue to harvest most of the attention, Stina Blackstenius up front is becoming an increasingly influential force: equally comfortable as a focal point, linking play or making decoy runs in the channels to create space for teammates. On the early evidence, Blackstenius could be in for a big season. Jonathan Liew

Maya Le Tissier’s dream debut in Manchester United’s 4-0 win over Reading dominated headlines but attention should also be paid to the accuracy of the delivery for the centre-back’s two goals. Katie Zelem, United’s captain, whipped in the corners for the 20-year-old Le Tissier’s goals, and converted from the spot after the Euros super-sub Alessia Russo was deemed to have been brought down by Grace Moloney. Zelem was making her 100th United appearance and was critical to the team’s statement opening win. If there is any concern for United, who hope to break into the Champions League for the first time, it will perhaps be that they did not build on their four-goal advantage in the second half. But one game in, that is perhaps too harsh a criticism. United have time to build on their performances across the 90 minutes: they don’t play one of the traditional big three until Chelsea’s visit on 6 November. Suzanne Wrack

Ashleigh Neville’s performance on Sunday summed up everything about Rehanne Skinner’s Tottenham: energetic, passionate and tenacious with a touch of feistiness and the ability to turn on the spectacular. The Spurs vice-captain’s strike was perhaps the pick of the weekend: an audacious curling effort from more than 35 yards to hand her side the lead against the run of play. Tottenham had to dig deep for the three points against a resilient Leicester. Despite taking a 2-0 lead before the break, they had to deal with a strong second-half response from a team backed by a partisan crowd. Neville was at the heart of their performance throughout, covering every blade of grass to ensure the visitors remained on top. Sophie Downey