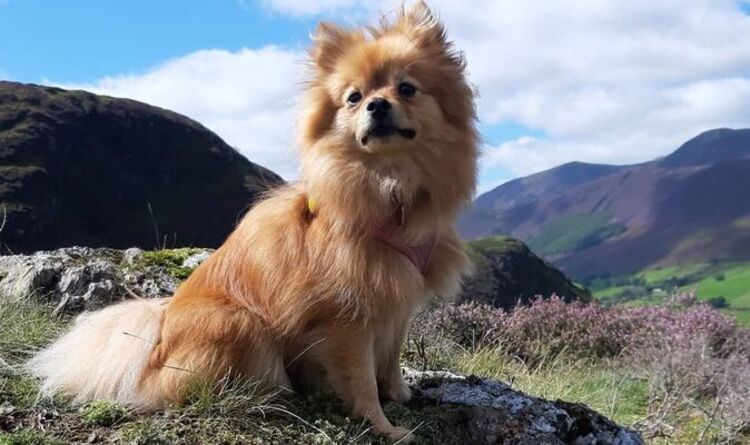 Munyi Pancoast was walking her three-year-old pomeranian, Kairi, in Bridgehouse Meadows in New Cross when the incident took place. Ms Pancoast said her pet was running in the field when a larger dog started to chase her and bit her twice.

The dog refused to let go despite the owner shouting and pulling at her animal, and Ms Pancoast’s hand was also injured as she attempted to free Kairi.

She said: “I kept saying to the dog ‘please let go’ and it just wouldn’t. Then eventually the dog did let go and that was after its mouth caught down onto my hand as well.

“I picked up my dog and tried to push her wounds against me.

“She was very silent, I honestly thought she had died. But she was still there, she was shaking and trying to lick up my wounds.”

Ms Pancoast rushed Kairi to a vet where she underwent emergency surgery.

She then had to attend A&E to receive treatment for her hand which was fractured.

Ms Pancoast brought Kairi home from the vets several days after the attack on February 8.

But her pet went downhill and she had to return to the vets where it was found Kairi had an internal puncture that had been missed.

Devastated Ms Pancoast is now keen to raise awareness of the issue of dog-on-dog attacks.

Under the Dangerous Dogs Act, it is an offence if your dog attacks an assistance dog but attacks on other pet dogs are not.

“Just before that day she was a healthy, happy little girl. There are no repercussions, there’s no responsibility that someone needs to take for killing my best friend.

Ms Pancoast reported the incident to the Metropolitan Police.

A spokesperson for the force said: “Officers from the Met’s South East BCU are investigating an incident in which one dog is reported to have attacked another dog and bitten a woman on 8 February at Bridgehouse Meadows, New Cross.

“There has been no arrest and enquiries continue.”