Skip to content
HomeNewsWho’s to blame for 12 years of desecration of our NHS? Doctors, according to Thérèse Coffey | Polly Toynbee 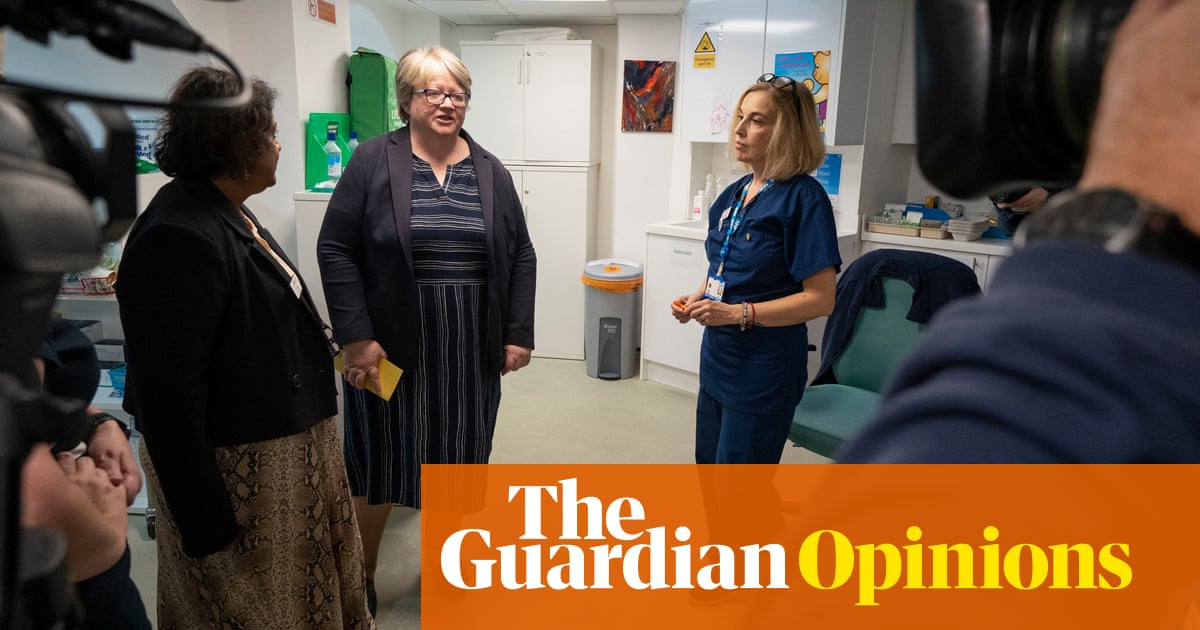 Here it is: yet another plan from yet another new health secretary, the fifth in five years. After only two weeks in charge of a service near collapse, Thérèse Coffey lays down edicts, targets and expectations with, she says, a “laser-like focus on patients” – as if no one bothered with them before. Her “ABCD” mentions all the worst problems: ambulances, the backlog of operations, the social care crisis and doctors and dentists (nurses left out). But spelling them out doesn’t resolve them.

She is a stretcher-bearer with a little first aid: there’s a welcome temporary splint for the pension problem that propels experienced doctors into retirement too young. (That’s another Labour plan purloined.) Extra auxiliaries and greater use of pharmacists as prescribers are welcome, but even if that provides a million more GP appointments, that’s still only 1% more. The Tories long ago broke their 2019 manifesto promise of 6,000 extra GPs and, there are now 1,850 fewer fully qualified full-time GPs than in 2015, with 16% more patients per GP, according to Prof Martin Marshall, chair of the Royal College of GPs. He says the NHS is losing more GPs than it can recruit. Coffey threatens to name and shame practices with long waits for appointments, but GPs need “protecting not punishing”, says the Royal College of GPs president, Clare Gerada. Too many are already quitting under the strain.

Social care is all but ignored, yet again. With 13,000 NHS beds blocked by people waiting for care, £500m extra doesn’t begin to approach the £13bn Liz Truss promised to the Local Government Association for social care during her selection campaign.

What’s missing is any serious workforce plan to train and recruit for the soaring NHS and social care vacancies. The Treasury blocks anything that would commit to years ahead, only funding a fraction of the well-qualified applicants to medical school urgently needed by the NHS.

What should a Tory health secretary do when facing the result of 12 years of the most severe underfunding of the NHS ever, by her own governments? Funding always sinks under every Conservative government, until all too rare Labour governments ride to the rescue. She knows the NHS will get no significant new money, so she does what they all do and turns the blame back on the wretched staff.

In a state of early ignorance, Tory health secretaries’ first reaction is always the same. Why can’t all the NHS be as good as the best? Why can’t every hospital, clinic, doctor and nurse be above average? She calls for data on “unwarranted variation” to performance-manage laggard GPs and hospitals. But she will avoid looking at the UK’s “unwarranted variation” in OECD health spending, with fewer doctors, nurses and beds per capita than similar countries.

New ministers ignore complex differences between areas, populations, facilities and difficulty in hiring staff. For example, Tory politicians relish pointing to lower health outcomes in Wales (Labour-run), without admitting Wales has a population with the same profile in old age, poverty, sickness and fragility as north-east England, which has similar results. Level up society and NHS results would have less “unwarranted variation”.

New health secretaries look with excitement at the levers on their desk, roll up their sleeves and devise all kinds of whizzo ideas no predecessor considered, let alone the top doctors, top administrators and NHS officials who are among the cleverest people in the country. Refusing to accept that funding and workforce are the problem, they blame staff, further demoralising exhausted doctors and nurses quitting early in alarming numbers.

Or they may lay the blame on the entire state-run socialistic NHS model itself: just listen to behind-the-scenes political rumbling and the groundswell of commentary in the rightwing press. If Liz Truss really wants to court unpopularity she could start calling for private insurance systems to alienate the great majority of the public that steadfastly supports the NHS founding principle. Though alarmed by current failings, voters keep an unswerving faith in the system itself. It tops the list of what makes them proud to be British, even when they know its current state of crisis.

There’s a danger in the long run if passionate advocates of the NHS, angry at this government, keep running it down to a point where people really might start to believe it’s done for. The remarkable truth is still that millions and millions get excellent and prompt treatment they are very pleased with. They tend to think the NHS “out there” is a lot worse than the local NHS they personally experience. As the Royal College of GPs says, on a typical day 1.3 million people are seen by GPs and 45% have requested to be seen on that day.

Politically, Labour will attack and attack again: the NHS is a prime weapon against Tory governments. Labour left it in 2010 in its best ever condition for waiting and treatments. However the NHS alone as an issue has never been enough to win Labour an election. This time, though, the Tories have good reason to fear it will be a huge contributor to their loss of the next election. They have no chance – nor real intent – of repairing it before an election when the state of the NHS will stand as a miserable symbol for all the rest of the ruination they have brought down on the country.