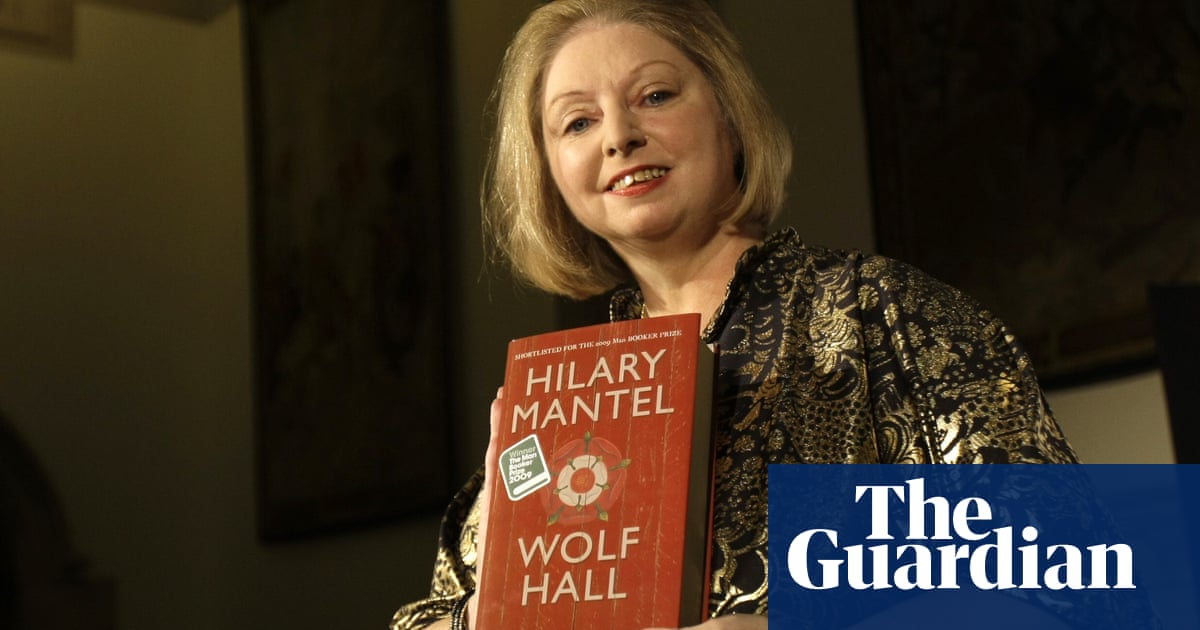 Literary luminaries, politicians and journalists paid tribute to the author Hilary Mantel after the announcement of her death, lamenting the loss of a “genius”.

Bernardine Evaristo, like Mantel a Booker prize-winning author, described her as “warm, down to earth and welcoming”. She wrote: “So very sorry to hear about Hilary Mantel’s passing. We were so lucky to have such a massive talent in our midst.”

JK Rowling reacted to the news on Twitter, writing: “We’ve lost a genius.”

Nicola Sturgeon also paid tribute to the author, who died on Thursday aged 70. “Such terribly sad news,” wrote Scotland’s first minister. “It is impossible to overstate the significance of the literary legacy Hilary Mantel leaves behind. Her brilliant Wolf Hall trilogy was the crowning achievement in an outstanding body of work. Rest in peace.”

The Royal Society of Literature described Mantel as “a much-loved and admired fellow of the RSL, a vice-president and companion of literature”. In a statement, the RSL said: “We know the society will miss her a great deal, and are all thinking of her family and friends.”

Quoting Bill Hamilton, who was Mantel’s agent, Douglas Stuart, who was awarded the Booker prize for his novel Shuggie Bain, wrote: “She saw and felt things us ordinary mortals missed, but when she perceived the need for confrontation she would fearlessly go into battle. She will be missed by all.”

In a recent interview with the Financial Times, published this month, when asked if she believed in an afterlife, Mantel poignantly said: “Yes. I can’t imagine how it might work. However, the universe is not limited by what I can imagine.”

Her publisher, HarperCollins, said it was “heartbroken” by the author’s death. “Our thoughts are with her friends and family, especially her husband, Gerald. This is a devastating loss and we can only be grateful she left us with such a magnificent body of work.”

The Booker prize, which Mantel was nominated for four times and won twice – once for Wolf Hall in 2009 and a second time for Bring Up the Bodies in 2012 – said: “We send our sincere condolences to her family, friends and colleagues.”

Describing Mantel as a “long-time close collaborator”, the Royal Shakespeare Company, which most recently worked with her on a stage adaptation of The Mirror and the Light, said: “Our thoughts are with Hilary’s husband and family at this time, and we send them our deepest condolences.”

Writers, journalists and editors said she was a joy to work with and supportive of other writers. The columnist and author Caitlin Moran said: “Hilary Mantel’s mind was one of the most powerful and magic machines on Earth. We were lucky she wrote as much as she did, but holy hell, it’s devastating that we’ve collectively lost something so astonishing.”

Ted Hodgkinson, of the Southbank Centre, said Mantel was “always so incredibly insightful, funny and generous, both onstage and off”.

The author and broadcaster Damian Barr said Mantel was “the only person I ever interviewed that speaks in whole, flawless paragraphs”, adding: “I can’t believe we won’t have another book from her. Thinking of her family and friends. Such a loss.”

Zing Tsjeng, the editor-in-chief of Vice UK, tweeted: “Hilary Mantel was the GOAT [greatest of all time]. I read her LRB essay on Kate Middleton and the royal family at least once a year because her clarity of prose and analysis is just incredible.”

Many cited her memoir, Giving Up the Ghost, in which Mantel said: “When you turn and look back down the years, you glimpse the ghosts of other lives you might have led; all houses are haunted.”

Sharing the passage, the London Review of Books (LRB) said: “Hilary Mantel wrote many wonderful pieces for the LRB and we’d hoped she’d write many more.”

Meanwhile, the journalist and author Sam Knight said Mantel was the only person to bring him to tears by an email when she told him she liked his book, The Premonitions Bureau.

“She was my favourite writer: the one I was most afraid of reading, because what was point, given her sentences, her soul and her mind. What a wonderful ghost she will be.”

The writer, actor and comedian Katy Brand perhaps summed up the sentiment of many. She said: “Hilary Mantel. Oh no. Oh no no no no. Her writing transported me. I wanted so much more of it. I’m glad for what she gave us. A true genius. RIP.”