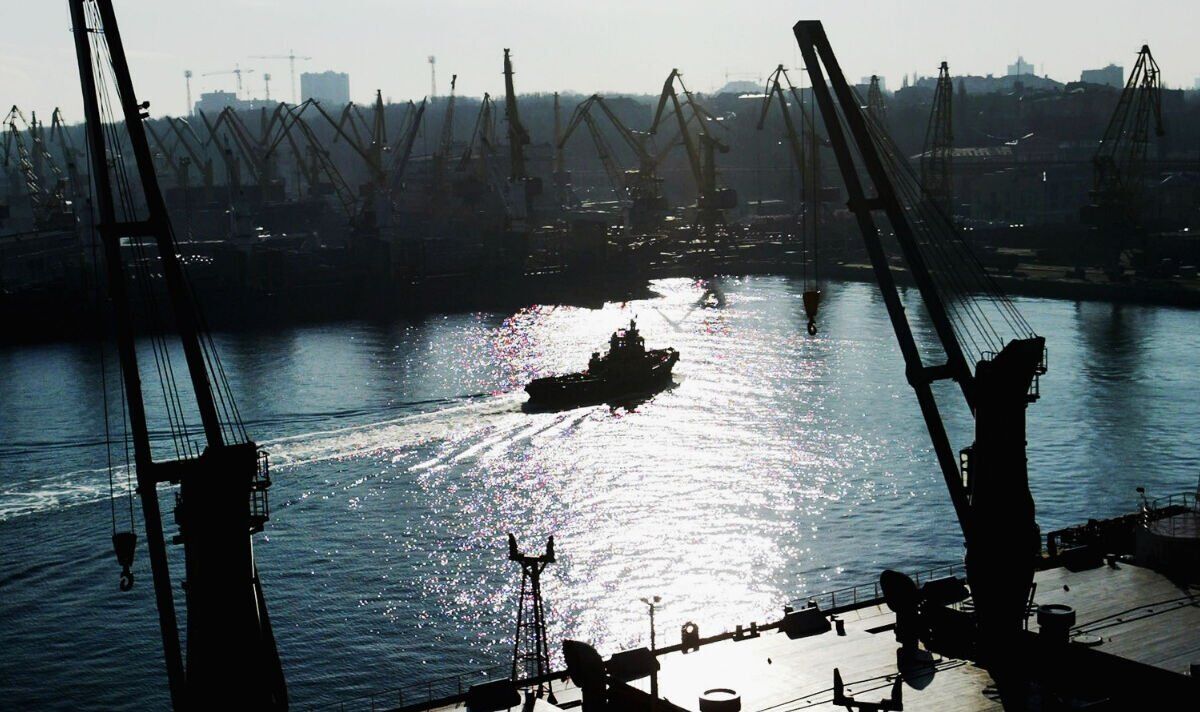 Russia’s blockade has prevented the port of Odesa, which is located on Ukraine’s Black Sea coast, from exporting tens of thousands of tonnes of grain. According to Sky News, the elevators instead currently stand idle and one vessel, which is loaded with 60,000 tonnes of grain, remains moored up despite being bound for Egypt.

The Russian blockade has also seen as much as a quarter of a million tonnes be left sitting in Odesa for months with no means of getting it out to sea.

The World Food Programme (WFP) has claimed the Kremlin’s blockade of Ukraine will worsen starvation, famine and instability around the world if it cannot be lifted.

Matthew Hollingworth, WFP’s emergency coordinator for Ukraine, said: “There’s no question it’s going to mean areas of starvation in the world are going to get worse.

“That famine will get worse.

JUST IN: Putin hints at holy war in Ukraine with ‘Anglo-Protestant’ backing

“And we’re in a situation where the world’s economies are only partially getting better from COVID-19 and this situation is going to tip many countries over the edge.”

Sky News claimed the WFP also called Ukraine the breadbasket of the world.

However, Ukraine’s well-known for its rich and fertile land.

Its harvest in 2021 fed an extraordinary 400million people and allowed Ukraine to export 70 percent of its crops.

There are concerns this would risk confrontation between the defence bloc and Russia.

However, it could alternatively lead to global instability, civil unrest and even revolution or war.