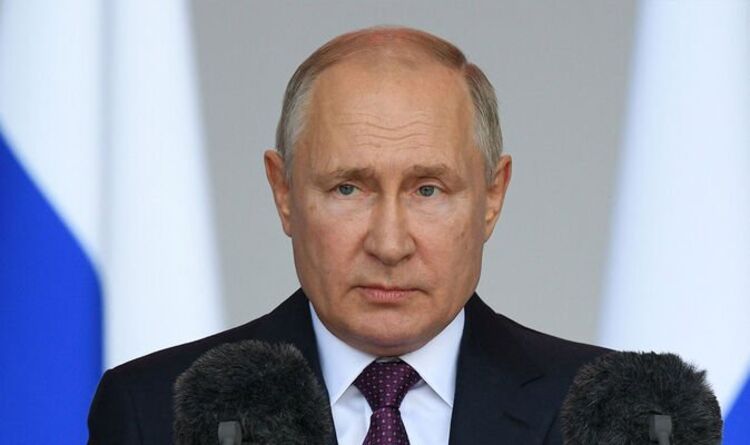 Russian President Vladimir Putin continues to be targeted by sanctions after he ordered his forces to invade Ukraine. Today, Prime Minister Boris Johnson said Western allies will increase the economic pressure on Russia, including restrictions on Moscow’s gold reserves. He told LBC: “We need to do more. And so we need to do more economically. Can we do more to stop him using his gold reserves for instance, in addition to his cash reserves? “The more pressure we apply now, particularly on things like gold, that I believe the more we can shorten the war.”

Putin also appears to be coming under some pressure domestically.

This week, an envoy to Putin, Anatoly Chubais, quit his post and fled the country in protest against the ongoing invasion of Ukraine.

Growing unrest in Russia has sparked speculation that there could be an attempt to remove Putin from power.

Speaking to news.com.au this week, Russia Expert at Chatham House Nikolai Petrov made a surprising claim that a member of Putin’s own family would be among the most likely candidates to try and assassinate the Russian President.

He said: “It is… the first time in Putin’s Russia that there have been so many individual and collective protests against Kremlin actions.

“But public support for the Kremlin’s military adventure, which is far from unconditional even now, will decline rapidly and steadily as the high price becomes clear, both in human lives and the complete up-ending of normal life by the state.”

“Maybe a member of his family, his mistress, his daughter, his ex-wife – somebody who knows him and could actually get close to him.

“The possibility (of assassination) is increasing.”

She said: “Any kind of loose talk about somebody taking him out, regime change – he believes we’re in that business anyway.

“He looks at what the US has done, he says it openly all the time – in Libya, in Iraq, in Afghanistan, and many other places where we’ve intervened and he looks at that and thinks, I’m not going to let that happen here in Russia. He’s extremely paranoid about this.”

Dr Hill also spoke to Politico recently, and was asked whether Putin would launch his nuclear weapons.

“And he wants us to know that, of course. It’s not that we should be intimidated and scared. We have to prepare for those contingencies and figure out what is it that we’re going to do to head them off.”

In late February, Putin signaled he was willing to use his nuclear arsenal.

He ordered his military to put Russia’s nuclear deterrence forces on high alert.

Why the G8 expelled Russia, and why China has never joined [ANALYSIS]

The US accused Putin of “totally unacceptable” escalation and made clear that it would keep up its support of Ukraine and punitive measures on Russia.

He said: “Russia must understand that it can never win a nuclear war.

“NATO will not send the troops into Ukraine… It is extremely important to provide support to Ukraine and we are stepping up.

“But at the same time it is also extremely important to prevent this conflict becoming a full-fledged war between NATO and Russia.”