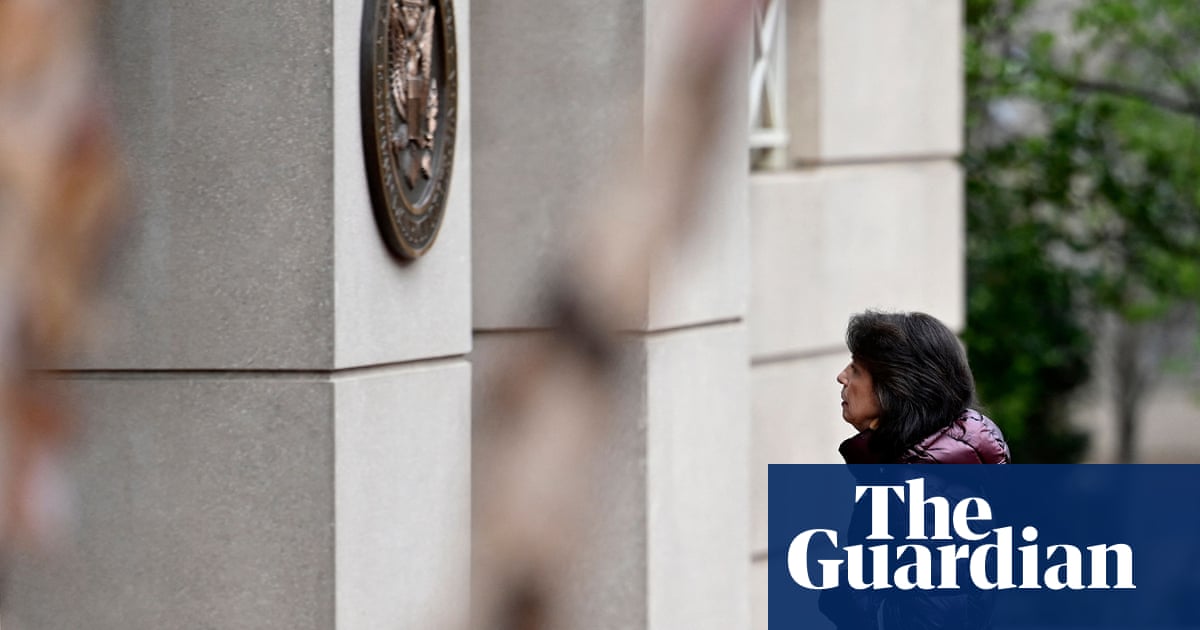 Prosecutors told a federal jury in Virginia on Wednesday that a British national on trial for terrorist acts that resulted in the gruesome deaths of four American hostages had a reputation for outsize brutality.

Opening arguments began in the first trial on US soil of an alleged major figure in the Islamic State (IS) group – an accused member of the kidnap-and-murder cell of four men called the “Beatles” by their hostages.

El Shafee Elsheikh, 33, is accused of involvement in the murders of American journalists James Foley and Steven Sotloff, as well as aid workers Peter Kassig and Kayla Mueller.

Foley’s parents, John and Diane Foley, arrived at the federal courthouse in Alexandria, Virginia, shortly before the proceedings began at 9am local time, making no comment to reporters outside.

Speaking to AFP this week, Diane Foley said the trial had “been a long time coming”.

“Accountability is essential if we’re ever going to stop hostage-taking,” she said.

Elsheikh and another former British national, Alexanda Amon Kotey, were captured in January 2018 by Kurdish forces in Syria while attempting to flee to Turkey.

They were turned over to US forces in Iraq and flown to Virginia in October 2020 to face charges of hostage-taking, conspiracy to murder US citizens and supporting a foreign terrorist organization.

Kotey pleaded guilty in September 2021 and is facing life in prison. Under his plea agreement, Kotey will serve 15 years in jail in the US and then be extradited to Britain to face further charges.

Elsheikh opted to fight the charges. He faces life imprisonment if convicted.

Kotey and Elsheikh’s four-member jihadist cell, called the “Beatles” by their captives because of their British accents, was allegedly involved in the abductions of at least 27 people in Syria from 2012 to 2015.

The hostages, some of whom were released after their governments paid ransoms, were from at least 15 countries, including the United States, Denmark, France, Japan, Norway and Spain.

They allegedly tortured and killed their victims and IS released videos of the murders for propaganda purposes.

Elsheikh was not a typical IS foot soldier; he was a senior leader who took particular pleasure in mistreating the hostages he held captive, the jury was told.

Prosecutor John Gibbs said that Elsheikh played a leadership role and was known by his captives not only for his British accent but for his unusual penchant for brutality, even within a terrorist group known for its cruelty.

According to Gibbs, surviving hostages will testify that Elsheikh and two British compatriots were more likely than day-to-day guards to hand out beatings.

Even hostages about to be released after paying a ransom were given “going-away beatings” by the British men, Gibbs said.

When Elsheikh and friends learned that a European hostage was marking his 25th birthday, they ensured they inflicted exactly 25 blows, Gibbs said.

The individuals “were utterly terrifying” to the hostages, Gibbs said. If the Britons came into contact with hostages, they were supposed to kneel down, face the wall and avoid eye contact at all times.

“If a hostage looked at any of the three men, they would be beaten,” Gibbs said. “In fact, they did not have to do anything to be beaten.”

Waterboarding and other forms of torture were also inflicted on hostages, Gibbs said.

Ringleader Mohamed Emwazi, referred to by some as “Jihadi John”, was killed by a US drone in Syria in November 2015. A fourth man, Aine Davis, is imprisoned in Turkey after being convicted on terrorism charges.

Defense attorney Edward MacMahon highlighted a discrepancy about the number of so-called Beatles as he argued for his client’s innocence, saying Elsheikh was not part of that “cell” of men but a simple Islamic State foot soldier.

MacMahon said surviving hostages have different recollections about each of the “Beatles” and their characteristics, and about whether there were three or four.
He noted that the British speakers were careful to always wear masks, making identification difficult.

According to the US authorities, Kotey and Elsheikh allegedly supervised detention facilities for hostages and coordinated ransom negotiations.

The pair were also accused of engaging in a “prolonged pattern of physical and psychological violence against hostages”.

Ricardo Garcia Vilanova, a Spanish photographer held captive for six months in 2014, told AFP that “torture and murder were daily occurrences” in an atmosphere of “sadism”.

Several former European hostages are expected to testify at the trial along with a Yazidi woman detained with Mueller, a humanitarian worker who was abducted in Syria in 2013.

Mueller’s parents say she was tortured before being handed over to Islamic State group leader Abu Bakr al-Baghdadi, who allegedly raped her repeatedly before killing her.

According to the indictment, Elsheikh was born in Sudan and moved to Britain when he was a child.

After becoming a fundamentalist believing in using extreme violence, he went to Syria in 2012 and joined IS.

Britain stripped Kotey and Elsheikh of their UK citizenship but held up their transfer to the US until the American authorities assured London the death penalty would not be sought for the two men.