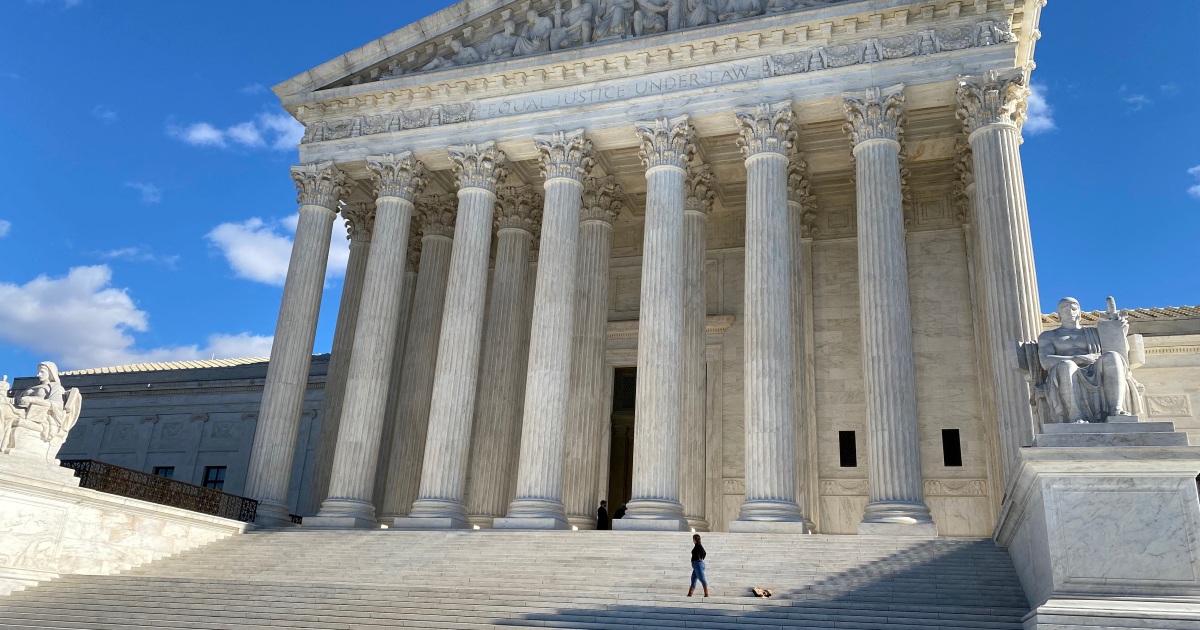 The United States Supreme Court has deemed unconstitutional a decades-old New York state law that requires gun owners to show “proper cause” to carry a concealed handgun for self-defence in public.

The law had given local authorities discretion to decide who receives a licence to carry a concealed gun. The Supreme Court ruled in New York State Rifle & Pistol Association v Bruen that the law violates the 14th amendment of the US Constitution, which says no state can “make or enforce” a law that overrides the “privileges or immunities” of citizens of the US.

The Supreme Court majority opinion, in turn, said the New York state law infringes on rights outlined in the constitution’s Second Amendment, which gives US citizens the “right of the people to keep and bear arms”.

The ruling represents the most impactful Supreme Court decision regarding the Second Amendment since a 2010 ruling that deemed Chicago’s ban on handgun ownership unconstitutional.

The justices voted 6-3 along ideological lines with conservative Justice Clarence Thomas writing for the majority that the constitution protects “an individual’s right to carry a handgun for self-defense outside the home”.

The decision is expected to have wide-ranging implications, with about a quarter of the US population living in states expected to be affected by the ruling. California, Hawaii, Maryland, Massachusetts, New Jersey and Rhode Island all have similar laws.

Biden is “deeply disappointed” by the ruling, which “contradicts both common sense and the Constitution”, he said in a statement on Thursday.

The ruling comes at a time of heightened support for gun control following a string of high-profile mass shootings, including a racist attack on a supermarket in Buffalo, New York that killed 10 people and the massacre at a Texas primary school in which 19 children and two teachers were fatally shot.

Earlier this week, legislators said they had reached a deal to pass the first federal gun control measure in decades, although the bill fell short of wider restrictions – including a ban on assault weapons – sought by gun control advocates.

The Senate is expected to vote to move that legislation forward on Thursday, with majority leader Chuck Schumer, a Democrat, urging Republicans to expedite the process.

BREAKING: SCOTUS just issued their opinion in NYSRPA v Bruen and they got it wrong. As our gun violence crisis gets even worse, SCOTUS has decided to cave to the gun lobby’s extreme agenda and make it harder for states & cities to protect public safety. #GunLawsSaveLives

In a dissent to the ruling, joined by his liberal colleagues, Justice Stephen Breyer focused on the toll taken by gun violence.

“Since the start of this year alone (2022), there have already been 277 reported mass shootings – an average of more than one per day,” Breyer wrote.

The National Rifle Association swiftly praised the decision on Twitter.

It is outrageous that at a moment of national reckoning on gun violence, the Supreme Court has recklessly struck down a New York law that limits those who can carry concealed weapons.

“It is outrageous that at a moment of national reckoning on gun violence, the Supreme Court has recklessly struck down a New York law that limits those who can carry concealed weapons,” she said.

For her part, New York Attorney General Letitia James pledged to do everything in her power “to protect New Yorkers from gun violence and preserve our state’s common sense gun laws”.

“This decision may have opened an additional river feeding the sea of gun violence, but we will do everything we can to dam it,” Adams said in a statement.

“It will upend gun safety laws around the country when the American people are looking for more protection from gun violence, not less,” the caucus said in a Twitter post. “We must pass gun safety legislation. We must expand the Supreme Court.”