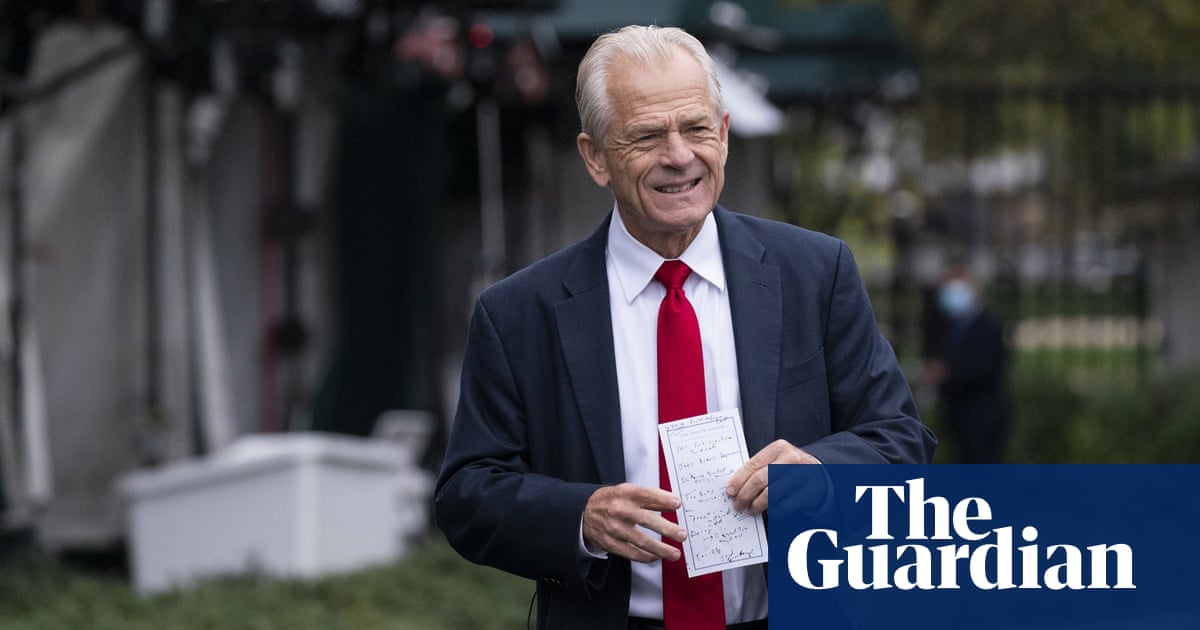 The House select committee investigating the Capitol attack voted on Monday to recommend the criminal prosecution of two of Donald Trump’s top former White House aides – Peter Navarro and Dan Scavino – for defying subpoenas in a bid to undermine the January 6 inquiry.

The select committee unanimously approved the contempt of Congress report it had been examining. The citations now head for a vote before the Democratic-controlled House of Representatives, which is expected to approve resolutions for referrals to the justice department.

Congressman Bennie Thompson, the chair of the select committee, said at the vote that the panel was seeking the criminal prosecution for Navarro and Scavino to punish their non-cooperation over claims of executive privilege it did not recognize.

“Even if a president has formally invoked executive privilege regarding testimony of a witness – which is not the case here – that witness has the obligation to sit down under oath and assert the privilege question by question. But these witnesses didn’t even bother to show up.”

The vote to advance the contempt citations against the two Trump White House aides came as the select committee was expected to huddle to discuss whether to demand that Ginni Thomas, the wife of supreme court justice Clarence Thomas, assist the investigation.

The panel had sought cooperation from Navarro, a former Trump senior adviser, since he helped to devise an unlawful scheme with operatives at the Trump “war room” in Washington to have then-vice president Mike Pence stop the certification of Joe Biden’s election win.

Navarro worked with the Trump campaign’s lawyers to pressure legislators in battleground states won by Biden to decertify the results and instead send Trump slates of electors for certification by Congress, the panel said in the contempt report.

But Navarro told the select committee – without providing any evidence – that the former president had asserted executive privilege over the contents of his subpoena issued last month, and refused to provide documents or testimony.

The panel for months has also sought assistance in its investigation from Scavino, the former Trump White House deputy chief of staff for communications, since he attended several meetings with Trump where election fraud matters were discussed.

But after the panel granted to Scavino six extensions that pushed his subpoena deadlines from October 2021 to February 2022, the former Trump aide also told House investigators that he would not comply with the order because Trump invoked executive privilege.

The select committee rejected those arguments of executive privilege, saying neither Navarro nor Scavino had grounds for entirely defying the subpoenas because either Trump did not formally invoke the protections, or because Biden ultimately waived them.

Congressman Jamie Raskin, visibly furious as he read out remarks at the vote, slammed the executive privilege claims. “Please spare us the nonsense talk about executive privilege, rejected now by every court that has looked at it,” Raskin said.

“This is America, and there’s no executive privilege here for presidents, much less trained advisors, to plan coups and organize insurrections against the people’s government in the people’s constitution and then to cover up the evidence of their crimes.

“These two men,” Raskin said of Navarro and Scavino, “are in contempt of Congress and we must say, both for their brazen disregard for their duties and for our laws and our institutions.”

The panel also said that even if it accepted the executive privilege claims, the two former Trump aides had no grounds to entirely ignore the subpoenas since they also demanded documents and testimony about non-privileged matters.

The panel added the justice department’s office of legal counsel had determined they also had no basis to defy the document request in the subpoena, noting there has never been any purported immunity for producing non-privileged documents to Congress.

And at the vote to recommend contempt citations, the vice-chair of the panel, Liz Cheney urged the justice department to also reject the two Trump aides’ arguments for defying their subpoenas should the House make the expected criminal referrals.

“The Department of Justice is entrusted with the defense of our constitution; department leadership should not apply any doctrine of immunity that might block Congress from fully uncovering and addressing the causes of the January 6th attack,” Cheney said.