Skip to content
HomeNewsUkraine may develop its own horror nukes in huge threat to Putin: ‘Only way forward!’ 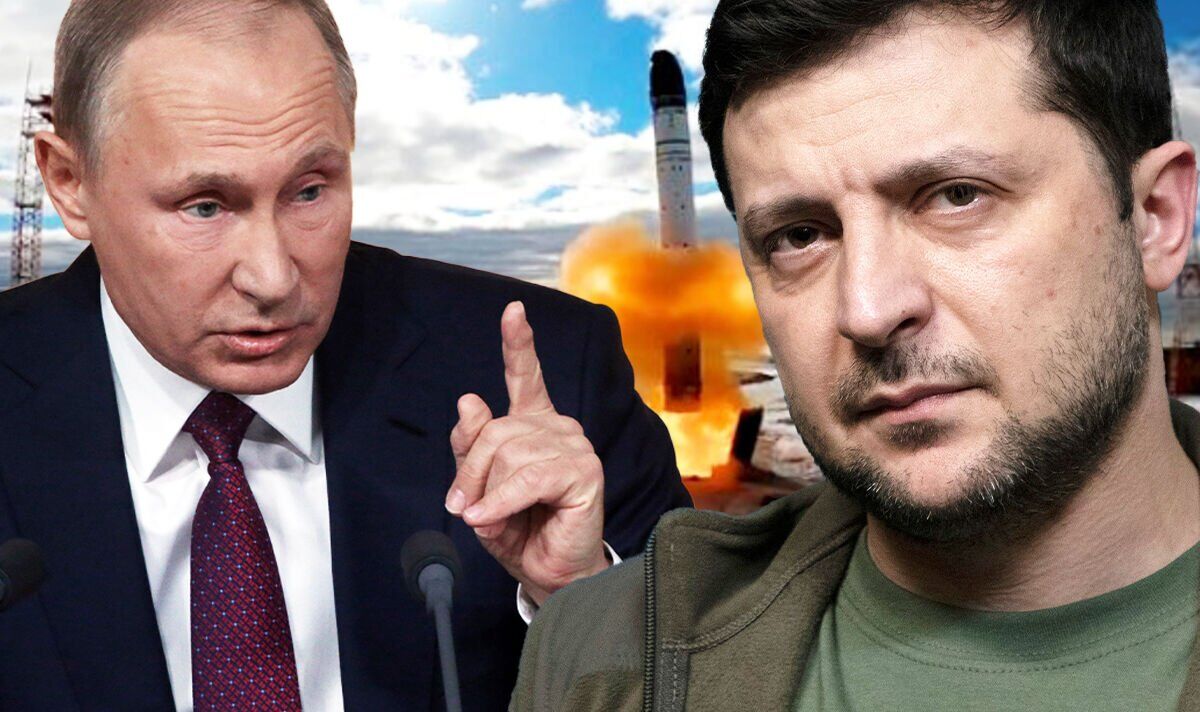 As Russia unleashes terrifying threats of nuclear war amid the Ukraine conflict, unveiling a number of “superweapons’ in horror warnings, Ukraine may start to send the threats right back. Kyiv could be tempted to either build its own arsenal, or even opt to purchase powerful weapons from other nations to deter a Russian attack. The US may even opt to sell Ukraine some of its weapons at a reduced cost, an expert has suggested.

Dr Paul Maddrell, a war expert from Loughborough University, said: “If I were the president of Ukraine, I’d strongly be considering developing nuclear weapons. Ukraine had nuclear weapons in the 1990s when the Soviet Union collapsed.

“There were nuclear weapons on Ukrainian territory, which became Ukraine’s and Ukraine agreed to give them up to denuclearise Europe and make it a safer place.

“Well, if it had kept those nuclear weapons, Putin would not have invaded because he would have faced a nuclear attack on his country.

“Zelensky, if he’s prevented from joining NATO, may well think that the only way forward is to develop nuclear weapons – as he may do.”

And this comes after Russian Defence Minister Sergei Shoigu alleged during a meeting with defence ministers from the Collective Security Treaty Organization (CSTO) that there is a “real threat of Ukraine creating a nuclear weapon”.

He added that “NATO has turned Ukraine into a state hostile to Russia, making it an instrument of pressure on Moscow”.

But Prof Andrew Futter, a nuclear weapons expert from the University of Leicester, told Express.co.uk: “I don’t think there is any chance of Ukraine creating a nuclear weapon, and certainly not in a short space of time.

“I suspect this is just part of the information war that is going on.”

And despite Russia sending a frenzy of nuclear warnings since Putin first launched the invasion of Ukraine back in mid-February, Prof Futter believes there is still a while yet before Putin draws for his terrifying arsenal.

He said: “And I still hope we are a long way from Russian nuclear use in Ukraine.”

These include the “Sarmat”, dubbed Satan II by the West, Poseidon – a nuclear submarine, and the Kinzhal, which has actually already been used in the Ukraine war.

“The missiles can allegedly reach Mach 10 and have a maximum range after launch of 2,000km.”

He later added: “While the Kinzhal is nuclear-capable, the missiles have so far been used as non-nuclear strike weapons in Ukraine.”