Skip to content
HomeNewsUkraine horror: Russia killed TWICE as many civilians in Mariupol as Nazi Germany 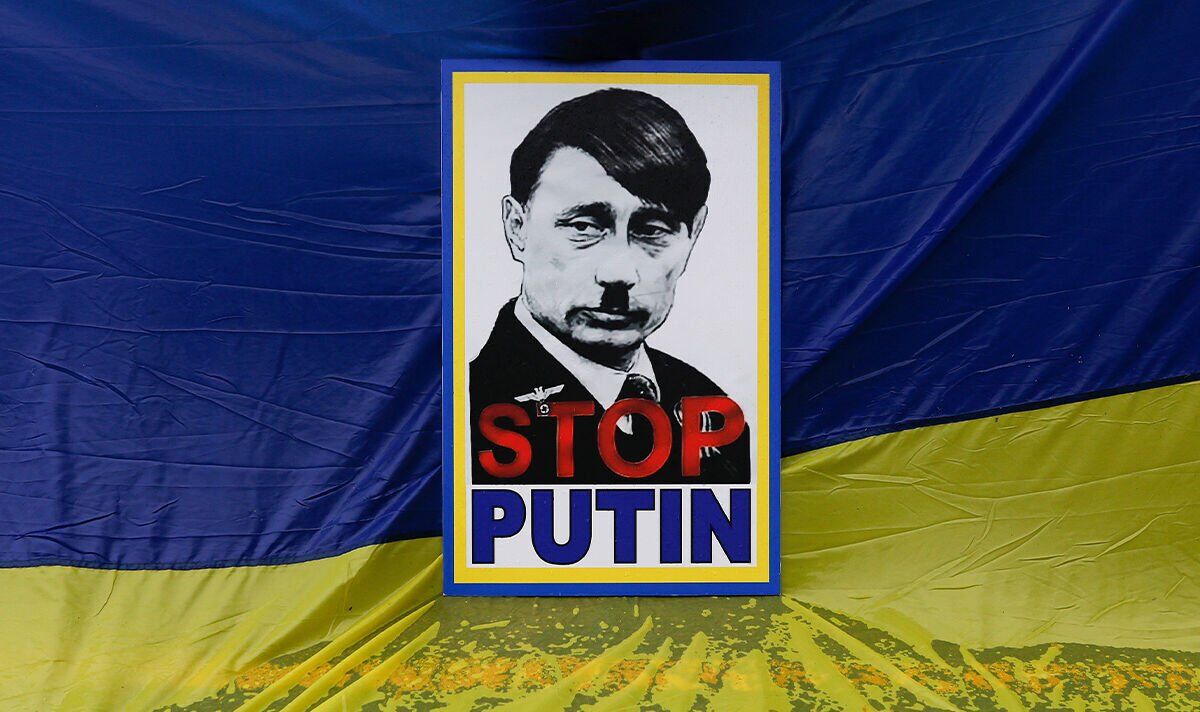 Vadym Boychenko, the mayor of Mariupol, said Vladimir Putin‘s troops have in two months doubled the death toll of 10,000 civilians over the two years Germany occupied the now-besieged city under Adolf Hitler.

Mr Boychenko wrote in a message on Telegram: “Within two years, the Nazis killed 10,000 civilians in Mariupol. The Russian occupiers killed more than 20,000 residents of Mariupol within two months. More than 40,000 people were forcibly deported.

“This is one of the worst genocides against civilians in modern history. The Russian army is purposefully and ruthlessly destroying our city and its inhabitants.”

The southern port city of Mariupol has been under constant bombardment since the military conflict began on February 24.

Petro Andriushchenko, an adviser to the Mariupol mayor, this week accused Russian forces of firing their artillery on the exit zone of the Azovstal steelworks, the final part of the southern city still in the hands of Ukrainian troops.

He claimed the agreed humanitarian corridor had been a “trap”.

Just moments after announcing through loudspeakers that a green passage had been opened, Mr Andriushchenko recalled, the Russians broke their promise outside the four-square-mile industrial plant, which served as the temporary home of an estimated 1,000 Ukrainian soldiers and their families.

On Saturday, a group of about 25 civilians — including six children under the age of 14 — was able to leave the steelworks, becoming the first group to leave since Putin ordered the area sealed off last week “so that a fly cannot pass through”.

Capt Svyatoslav Palamar, the deputy commander of the Azov Regiment, said the group was “transferred to a suitable place and we hope that they will be evacuated to Zaporizhzhia, on territory controlled by Ukraine”.

Capt Palamar, who was among the Ukrainian soldiers trapped at the plant, claimed: “These are women and children. We hope these people will go to the agreed destination.

“As of now, the rescue operation is ongoing, conducted by the servicemen of Azov – we rescue the civilians from under the rubble.”

Speaking in a video on the regiment’s Telegram channel, he added: “We hope that this process will be further extended and we will successfully evacuate all civilians.”

Some 1,000 civilians are reported to still be trapped inside the steelworks, and talks about freeing them are ongoing.

Meanwhile, according to intelligence by Ukraine’s defence ministry on Saturday, Moscow intends to continue airstrikes on Mariupol, with focus on “blocking” units near the Azovstal steel plant.

Oleksandr Motuzyanyk, a ministry spokesman, said Russian forces are gradually raising the intensity of their offensive in eastern Ukraine.

In a briefing, he informed of “signs that the aggressor is preparing for an even bigger activation of military actions”.

He added: “We are seeing signs that Russia is also building up its grouping in the eastern operating zone… and is now increasing its desire to seize as much Ukrainian territory as possible.”

Taking Mariupol would benefit Putin’s plans to seize the entire south coast of the country, which would unite pro-Moscow separatist regions such as the rebel-held Donetsk and Luhansk in eastern Ukraine with Crimea, which the Kremlin seized and annexed in 2014.

It would also increase access to Moldova’s breakaway region of Transnistria, which it is feared could be involved in the conflict soon.

A narrow strip of land squeezed between Moldova and Ukraine, the self-proclaimed republic of Transnistria, with a population of approximately 400,000 seceded from Moldova in 1992 after a brief war.

About 1,500 of Putin’s soldiers have been based there since, and Russia’s invasion of Ukraine has brought unwelcome memories of the fighting of the early 1990s.

On Monday, Transnistria’s interior ministry said government buildings in the capital Tiraspol had been hit by what appeared to be a grenade-launcher attack.

In the following days, the ministry said a radio tower re-broadcasting Russian stations near the Ukrainian border was also hit by explosions.

Shots were also reportedly fired at a village housing a Russian arms depot after drones flew over from Ukraine.